How a Multiverse of Madness Can Help You Develop Your Theme 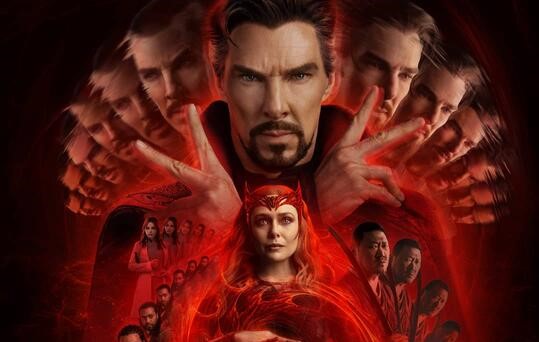 Doctor Strange in the Multiverse of Madness has become a hit at the box office, proving that Marvel Studios can take even the most bizarre scenario and create a compelling story that shows heart and a character who transforms.

What can we learn from the movie and its predecessor in creating a strong character arc, one in which the hero learns something different and applicable in each new journey?

In 2016’s Doctor Strange, audiences were introduced to neurosurgeon Dr. Stephen Strange (Benedict Cumberbatch). Right from the start, it’s clear that he has a lot of things that need fixing. He might seem like he has it all together and is successful, but there’s a Shard of Glass underneath that cocky exterior. He’s smug, self-centered, and humiliates his colleagues. Despite his brilliance and gifts, he refuses to work with his former lover Christine (Rachel McAdams) because there’s no glory in saving the lives of the patients in the emergency room.

At first glance, we might think that there’s no hope of change for him. His Shard of Glass is buried so deep, not even he’s a good enough surgeon to remove it. That’s where the Theme Stated beat comes in, perfectly on time. As Strange invites Christine to a speaking engagement where he is presenting, she declines, noting that they would always focus on what he wanted to do. Though Strange protests in disagreement, Christine says, “Stephen, everything is about you.”

That’s the thematic premise, and it’s what he must confront if he wants to change who he is. After he loses the use of his hands in a car accident, his journey begins to find healing so that he can have his life back, just like in his thesis world of Act One. The film shows his journey as he slowly inches closer toward that theme, preparing him to enter his synthesis world of Act Three.

The theme is revisited during his Dark Night of the Soul. As his mentor, the Ancient One (Tilda Swinton), dies, Strange speaks with her in his astral form. The two talk about the former paraplegic who started Strange on his journey into mysticism. The Ancient One tells him, “He had a choice to return to his own life or to serve something greater than himself.” After Strange realizes he could have the use of his hands—and his old life—back, the Ancient One replies, “You could, and the world would be all the lesser for it.”

As Strange washes his hands later, he contemplates the choice in front of him, telling Christine that he realizes what he must do. He embraces the theme as he Breaks into Three, saying, “You said that losing my hands didn’t have to be the end, that it could be a beginning.” Christine replies, “Yeah, because there are other ways to save lives.”

During the Finale, Strange has one final chance to prove that he has learned the theme and gone through what we call the Transformation Machine. As he faces the ruler of the Dark Dimension, Dormammu, he casts a time spell, trapping the two in an endless cycle for eternity. Dormammu tells him, “You will spend eternity dying.” Strange has a simple reply as he digs, deep down: “Yes, but everyone on Earth will live.” He knows that it will come with an eternity of suffering and pain, but it is what he chooses to do.

Doctor Stephen Strange would not have made that choice at the beginning of the journey. There is no glory in his actions, but through learning the theme, he’s removed his Shard of Glass.

After such a powerful story of transformation, where does the hero go? Is it possible for him to grow even more? After all, Doctor Strange was an important character in two other Avengers films and in Spider-Man: No Way Home.

In Doctor Strange in the Multiverse of Madness, director Sam Raimi and writer Michael Waldron provide Strange with another Shard of Glass: his ego and his need to learn to rely on others.

At the beginning of the film, the Theme Stated beat occurs when he’s told that he’s always the one holding the knife. He needs to learn he can’t do everything by himself.

This is explored throughout the film as Doctor Strange witnesses the choices his other selves make in the multiverse. In a dream, he watches as another version of himself tries to steal the power from America Chavez (Xochitl Gomez), sacrificing her and believing it’s the “only way” (a line he first spoke in Infinity War when he gave Thanos the Time Stone). Around the Midpoint, he learns how another version of himself relied on mystical forces to defeat Thanos in that universe, acting outside the aid of the others.

During his Dark Night of the Soul, Strange finally realizes he cannot act alone, and he relies on Christine from the other universe, telling her that he can’t defeat the final villain without her help. In the Finale, he has a final moment to prove that he’s changed. When he is tempted to take America Chavez’s powers to protect them from the Scarlet Witch, he digs, deep down, and encourages America, saying that he believes in her. He’s no longer holding the knife, allowing others to help him.

The Theme Stated beat is one of the most important beats in a story.

It demonstrates the hero’s fatal flaw, showing how they need to change. It gives the story its spine, helping you to align the beats in relation to it. And, if done well, it helps to tell a powerful tale of transformation…

…one that will perhaps stretch across the multiverse.

See more “About the Beats” blogs>>

The Bad Guys Save the Cat!