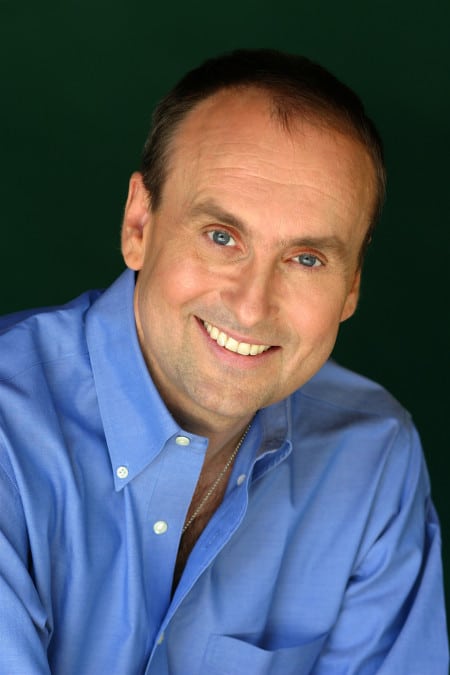 In his 20-year career as a screenwriter and producer, Blake Snyder sold dozens of scripts, including co-writing Blank Check, which became a hit for Disney, and Nuclear Family for Steven Spielberg — both million-dollar sales. Named “one of Hollywood’s most successful spec screenwriters,” Blake sold his last screenplay in 2009, the year he passed away.

His book, Save the Cat!® The Last Book on Screenwriting You’ll Ever Need, was published in May, 2005, and is now in its 30th printing. It prompted “standing room only” appearances by Blake in New York, London, San Francisco, Seattle, Chicago, Vancouver, Toronto, Barcelona, and Beijing — along with numerous sold-out workshops in Los Angeles, where he was also a STAR Speaker at Screenwriting Expos 6 & 7.

Apparently it is not quite the last book on screenwriting you’ll ever need, as the eagerly awaited sequel, Save the Cat!® Goes to the Movies: The Screenwriter’s Guide to Every Story Ever Told, was published in October, 2007 — shooting to #1 in the Screenwriting, Screenplay, and Movies History and Criticism categories on Amazon.com. Blake’s third book, Save the Cat!® Strikes Back: More Trouble for Screenwriters to Get Into… And Out Of, was published in November, 2009. That book is also available as an audiobook.

Blake’s method has become the “secret weapon” of many development executives, managers, and producers for its precise, easy, and honest appraisal of what it takes to write and develop stories that resonate. Save the Cat!® The Last Story Structure Software You’ll Ever Need has codified this method, along with the Save the Cat!® app.

Blake taught at Chapman, UCLA, Vanderbilt, and the Beijing Film Academy. His books are the basis of screenwriting classes at many major universities around the world. The writers he mentored continue to teach his principles in Save the Cat!® workshops, both in-person and online.

Blake was a member of the Writers Guild of America, west.

Blake passed away suddenly on August 4, 2009, but he lives on in his films and his books, in the advice that will never grow old, with the spirit that will continue to thrive and inspire. His story resonates with all who loved him, and your stories will resonate thanks to his love for you.

How to Train Your Dragon (DreamWorks, 2010) was dedicated to Blake.