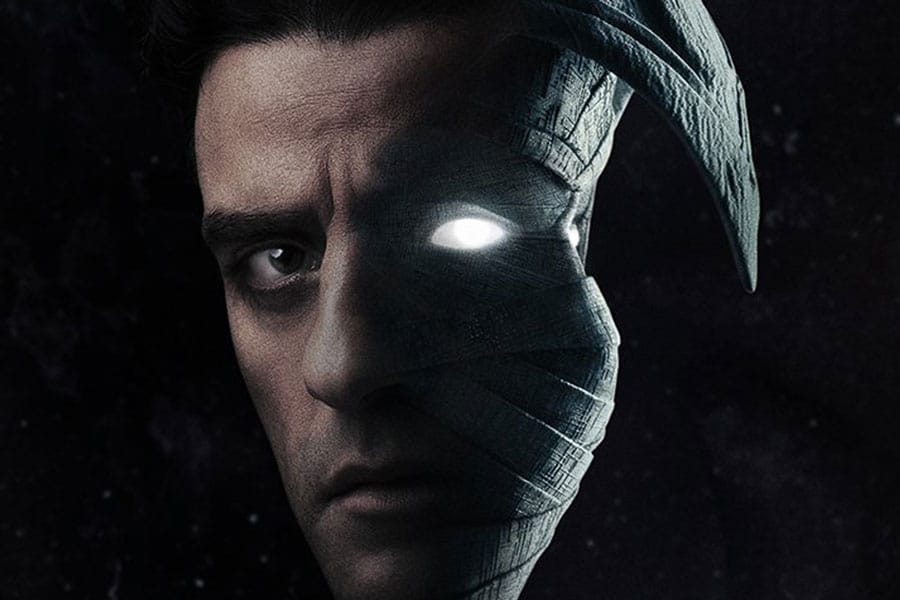 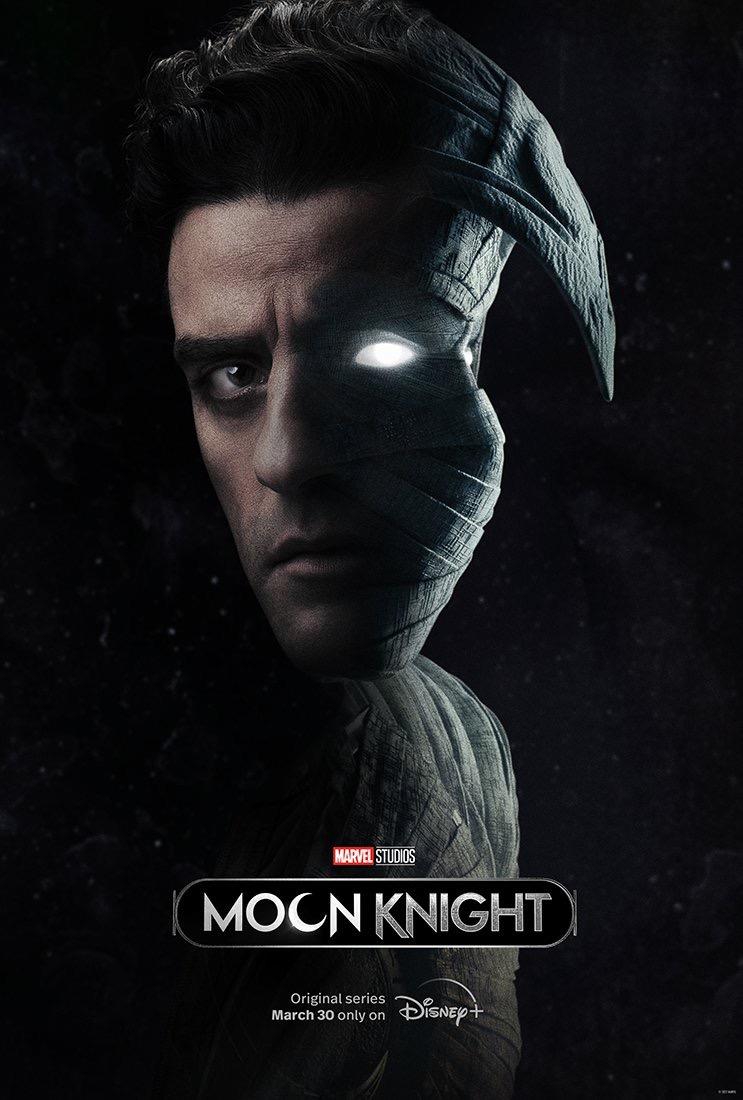 Opening Image: In an almost ritualistic way, a man finishes his drink, breaks the glass, and pours the shards in his shoes before slipping his bare feet into them. We will discover who this man is later, and how he contrasts with our hero.

Set-Up: We soon meet Steven Grant (Oscar Isaac), a meek, soft-spoken gift shop employee at a London Museum. After Steven wakes up, undoing his leg restraints, he feeds his one-finned goldfish before calling his mother. There are plenty of things that need fixing in his life: his boss treats him like garbage, he’s always tired, and he forgets things like a date he set up with a coworker. He’s going nowhere, living in a clear state of stasis=death, even ridiculed by a small girl at the museum.

Theme Stated: When Steven tries to teach the girl about Egypt, he tells her about mummification and how all organs were removed except the heart. “They believed you needed your heart to be judged in the Underworld and only the worthiest would be allowed to pass through the Field of Reeds.” Sarcastically, the girl replies, “And did it suck for you, getting rejected from the Field of Reeds?” Steven says that he’s not dead, but there’s a bigger thematic premise in this short conversation, one that will be explored in this episode and later in the series. What does it mean to be worthy and good? Can someone change who they are? What is truly just? These are just some of the questions Steven will unravel in his journey.

Set-Up (continued): After being forced to work inventory, Steven tells his problems to a “human statue” street performer, perhaps the only person who will listen to him. He’s worried about falling asleep, noting that he sometimes wakes up in different places without any knowledge of where he went or what happened. That night, he meditates, trying different ways to keep his brain active and awake.

Catalyst: Suddenly, Steven wakes up outside a village in the Alps with no memory of how he got there.

Debate: Steven hears a voice telling him to “surrender the body to Marc.” In his pocket, he finds a golden scarab with no idea what it is or how he obtained it. As he tries to figure out what is happening, he is chased by men who begin shooting at him. Coming upon the village, he witnesses a small crowd gather around a leader-like figure. This is Arthur Harrow (Ethan Hawke), the man from the Opening Image, and as Steven watches, crowd members come forward to be judged by the Egyptian deity Ammit. The man claims that Ammit sees not only what they have done, but what they will do in the future. As he takes their hands, a tattoo of the scales of judgment on his arm decides their fates.

Break into Two: Suspicious of Steven, Harrow gives an order to the crowd using a different language. As everyone falls to their knees in reverence, Steven is the only one left standing. Harrow demands that Steven give back the scarab, and while Steven tries to do so, he is physically unable to, an unseen force intervening.

B Story: It is here where we discover this episode’s B Story: there is more to Steven than he knows about himself. He soon blacks out, waking up to find that he has harmed those around him. It is through embracing this unknown part of himself that he will begin to discover the thematic premise.

Fun and Games: The promise of the premise is seen as Steven tries to escape the village and the crowd. He tells Harrow that he is only a museum gift shop employee, but Harrow doesn’t believe him. Steven continually blacks out, only to awaken in different circumstances. After one blackout, he finds himself driving an ice cream truck in a car chase down an Alpine road, fending for his life. He has no idea how he got there or what is going on, but somehow, he’s fighting back and surviving.

Midpoint: The next morning, Steven wakes up at home, safe and secure. He believes it was just a dream, but it’s a false victory. Now, the stakes are raised as the world around him begins to cause more questions.

Bad Guys Close In: First, he notices that his fish now has two fins. When he asks the pet store owner how that can happen, she replies that she already answered him the day before. Confused, Steven goes to meet his coworker for a dinner date, only to find out that he’s two days late. Noticing scratches on his floor at home, he moves the furniture and discovers a hidden panel in his wall containing a cell phone with dozens of missed calls from one person.

It rings, and he answers, only to discover that the individual believes he is someone named Marc. Soon, he hears a voice telling him to stop, that his questions will get him into trouble. Looking into the mirror, he sees his reflection, but something is different, as if it is a different person staring back at him. He flees into the hallway, pursued by a robed figure before blacking out. Waking up on a bus, he gets off at the museum. As he hurries out, he sees Harrow on the bus.

All Is Lost: Inside the museum, Steven is confronted by Harrow, who has tracked him there and has allies who work at the museum. He seeks the golden scarab, claiming it belongs to Ammit. He tells Steven that Ammit grew tired of evildoers waiting until death to face judgment, instead looking at a person’s entire life: past, present, and future. The whiff of death is present as Steven asks, “Are you going to kill me?”

Dark Night of the Soul: Just as Harrow did in the Alps, he takes hold of Steven’s hands, using his tattoo of the scales of judgment to determine Steven’s fate. The scales cannot balance, though, going back and forth. In an echo of the thematic premise about judgment and worthiness, Harrow looks at Steven and says, “There’s chaos in you,” and lets him go.

Break into Three: That night, as Steven prepares to go home after doing the inventory, he hears a dog-like noise in the Egyptian exhibit and decides to investigate.

Finale: Steven looks for the source of the noise, but in a high tower surprise, he is pursued by an Egyptian jackal. Harrow’s voice comes over the intercom, demanding the scarab. Steven retreats to the bathroom, where he is confronted by his reflection, one that talks to him as if he were someone different. The reflection tells Steven to let him have control and he can save them. Though hesitant, Steven digs, deep down and gives up control as cloth-like bandages begin to envelop him. Now, his other persona executes the new plan, fighting and killing the jackal.

Final Image: The jackal now defeated, Steven’s persona walks out of the bathroom as Moon Knight. It’s a chaotic ending which contrasts with the ritualistic and methodical Opening Image… and we know there’s more chaos ahead.

Check out the 11 TV Pilot Beat Sheets in SAVE THE CAT! WRITES FOR TV>>

Best of Blake: The Checklist

What Writers Can Learn From tick, tick… BOOM!