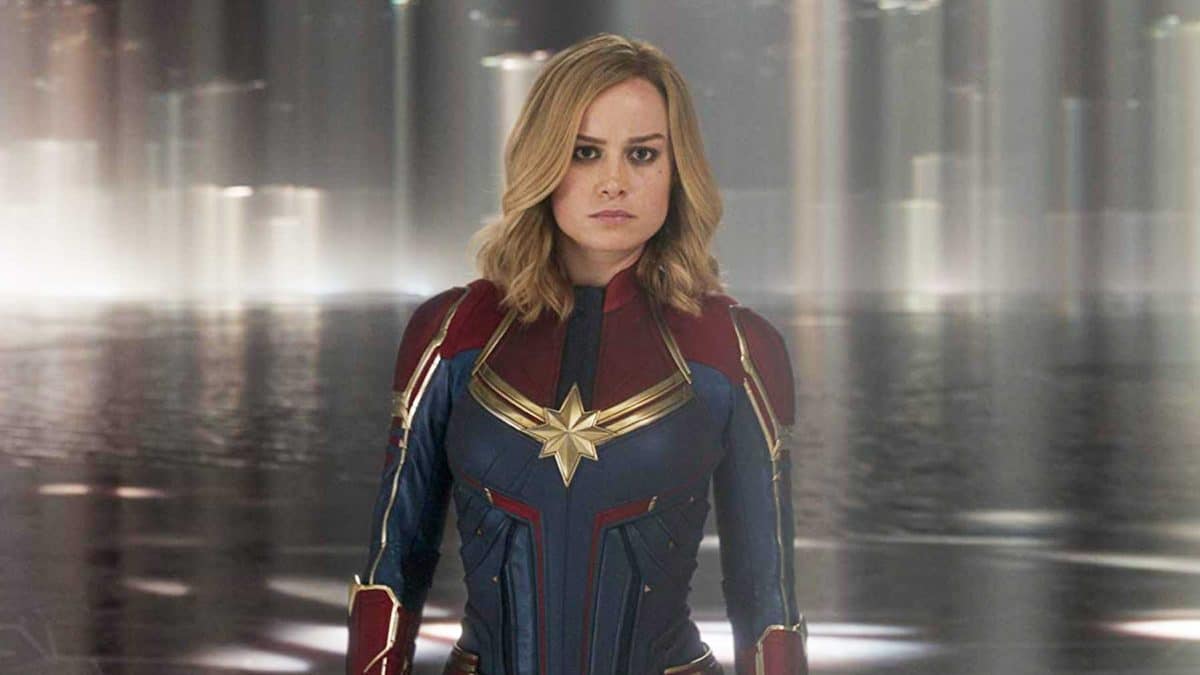 Squaring off against the Supreme Intelligence in the Dark Night of the Soul, Carol Danvers embraces her human emotions, realizing the power they give her. 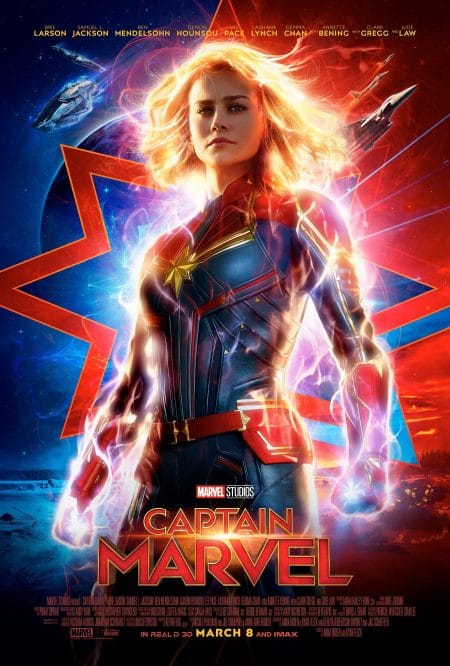 How does Captain Marvel hit Blake Snyder’s story beats? Here is the Save the Cat!® beat sheet for the film:

Opening Image: Debris is thrown into the air, the result of an explosion.

Theme Stated: Vers (Brie Larson) wakes up from the nightmare on the Kree home world of Hala. Unable to sleep, she goes to spar with her mentor and commander, Yon-Rogg (Jude Law). As they fight, Yon-Rogg tells her to control her powers. “There’s nothing more dangerous to a warrior than emotion,” he says.

Set-Up: Vers lives in a time of war between the Kree Empire and the shape-shifting Skrulls. Told she has been given her powers by the Kree, she struggles to keep them in check, one of the many things that need fixing. She has no memories of her past, and while on the way to see the Supreme Intelligence, the A.I. leader of the Kree, Yon-Rogg reiterates that she should think with her mind, not her heart.

At the encounter, Vers’s subconscious pictures the Supreme Intelligence in the form of a woman she can’t remember (Annette Bening). Struggling to recall her past, Vers is in a state of stasis = death. In her thesis world, all she knows is what she has been told: that she is the victim of the Skrull expansion across the universe, and she is a part of the elite Starforce group. The Supreme Intelligence reminds her to keep her emotions in check, reflecting the theme. While on a mission with Starforce to rescue a Kree spy, Vers is taken captive by Skrulls.

Catalyst: Captured by Skrulls, Vers is subjected to a memory probe.

Debate: Vers’s world is (literally) turned upside-down as the Skrulls explore her memories, viewing events from her past that she doesn’t recall. Who are the people she is seeing? Are they actually from her life? What she perceives causes her to question what she knows about herself. In one memory, she sees the woman whose form the Supreme Intelligence took. If the Supreme Intelligence looks like someone she most admires, who is this person?

In this Whydunit story, Vers is a detective attempting to discern a secret that the Skrulls also want to learn. Freeing herself from the probe, Vers fights her way off the ship and steals an escape pod, crash-landing on Earth. She needs to contact Yon-Rogg and tell him what went wrong with the mission.

Break Into Two: Now on Earth, Vers is back on her former home, though she doesn’t yet know it.

B Story: While trying to contact Yon-Rogg, Vers meets Nick Fury (Samuel L. Jackson). He will be key to helping her recover her memories and, in effect, her humanity.

Fun and Games: Upholding the promise of the premise, Skrulls soon attack, taking on the form of humans. As Vers chases after one, boarding an elevated train, Fury chases her by car with his partner, Coulson (Clark Gregg). Vers recovers the Skrull crystal containing the memories from the probe, and Fury discovers that his partner is actually a Skrull. In the ensuing struggle, the car crashes, killing the Skrull. While Vers follows clues to her past, Fury tracks her down. In her upside-down antithesis world, Vers is unsure of her identity. Teaming up with Fury, the two visit a facility and steal a file that might hold the answers Vers seeks.

Midpoint: In a false victory, Vers and Fury escape pursuing S.H.I.E.L.D. agents with the help of Agent Coulson. As A and B Stories cross, Vers shares what she has learned about her past. She had arrived on Hala half-dead with no memories, but now believes she was the test pilot who went down with Dr. Wendy Lawson, the woman from her memories, and her experimental light-speed engine.

The stakes raise and time clocks start ticking as they need to find Maria Rambeau (Lashana Lynch), the last person to see the pilot alive. The theme is restated as Vers asks why Coulson let them go. Fury says, “I guess he had a feeling, you know? Went with his gut against orders. That’s a really hard thing to do. But it’s what keeps us human.”

Bad Guys Close In: Ver’s internal bad guys plague her, causing her to question everything she knows. She finds Maria and her daughter Monica, who help her recall her past. Skrull leader Talos (Ben Mendelsohn) shows up at the Rambeau residence, claiming that the Kree are the true enemies in the war. To prove his point, Talos plays the black box recorder from the experimental craft, revealing that Vers crashed with Lawson, who is actually a Kree named Mar-Vell. Mar-Vell’s mission was to end the war, and in her dying moments she gave Vers a set of coordinates.

As Vers’s memories come flooding back, she remembers that it was not a Skrull, but Yon-Rogg who killed Lawson. To prevent bad guy Yon-Rogg from stealing the energy source, she shot it, which then exploded and engulfed her. Realizing that she now hosted the energy source, Yon-Rogg took her and gave her the name Vers, from the remaining part of her Danvers dog tag.

Now aware of her identity, Carol Danvers takes a dark turn and plans to finish Mar-Vell’s mission, going against her mentor and commander. Using Mar-Vell’s coordinates, she and the team find the ship with the Skrull refugees.

All Is Lost: On board, Yon-Rogg and the Starforce members arrive, taking Danvers captive. As she is brought before the Supreme Intelligence once again, the whiff of death is present for her and the Skrull innocents.

Dark Night of the Soul: The Supreme Intelligence threatens to take Carol’s power, reminding her, “Without us, you’re only human.” As A and B Stories meet, Danvers realizes the importance of her humanity and her emotions, replying, “You’re right. I’m only human.” She fights back, recognizing that her power has been limited the entire time; she rips off the inhibitor chip on her neck.

Break into Three: Now, fully powered, Carol Danvers is ready to fight back in her synthesis world.

Finale:
Gathering the Team: Danvers gives Fury and Rambeau the energy source, the Tesseract.
Executing the Plan: While Fury and Rambeau escape, Danvers distracts the Starforce members, fighting with her full powers.
High Tower Surprise: Yon-Rogg attempts to escape and get the Tesseract, and Danvers is thrown out of the ship.
Dig, Deep Down: Remaining calm, Danvers embraces her emotions, discovering she can fly. Throwing herself into the fight, she seems to have fun while being a warrior.
The Execution of the New Plan: Danvers doesn’t hold back, destroying multiple ballistic missiles when Ronan the Accuser’s ship shows up. Finally, she confronts Yon-Rogg once more, refusing to prove herself to him, and sends him back to Hala.

Final Image: After saying her goodbyes to Fury and Rambeau, Danvers flies off to help the Skrull refugees find a new home. Reflecting on the events, Fury sits at his desk, typing up a plan to combat external threats. Looking at a photo of Carol “Avenger” Danvers in her plane, he knows what to name his initiative.