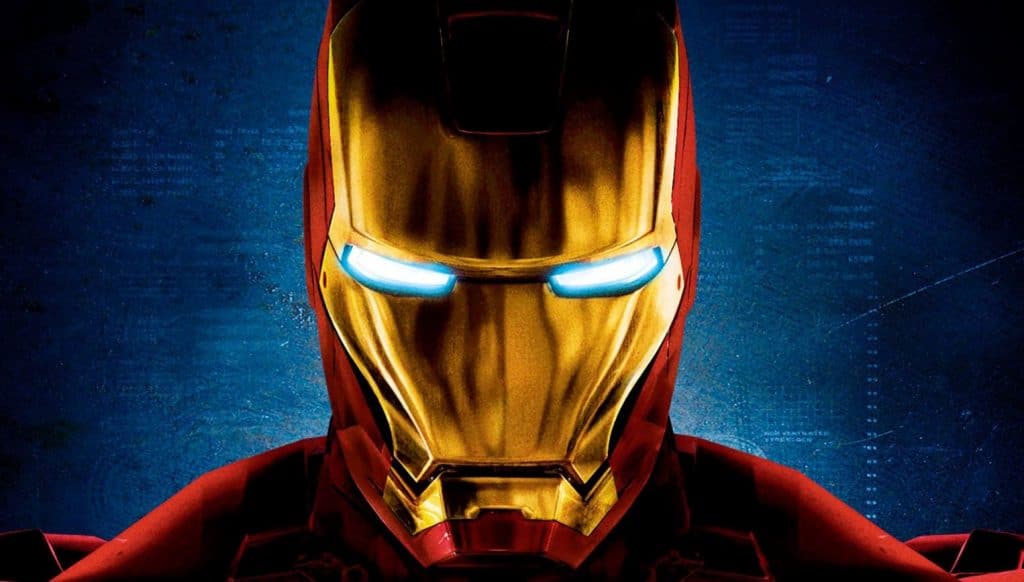 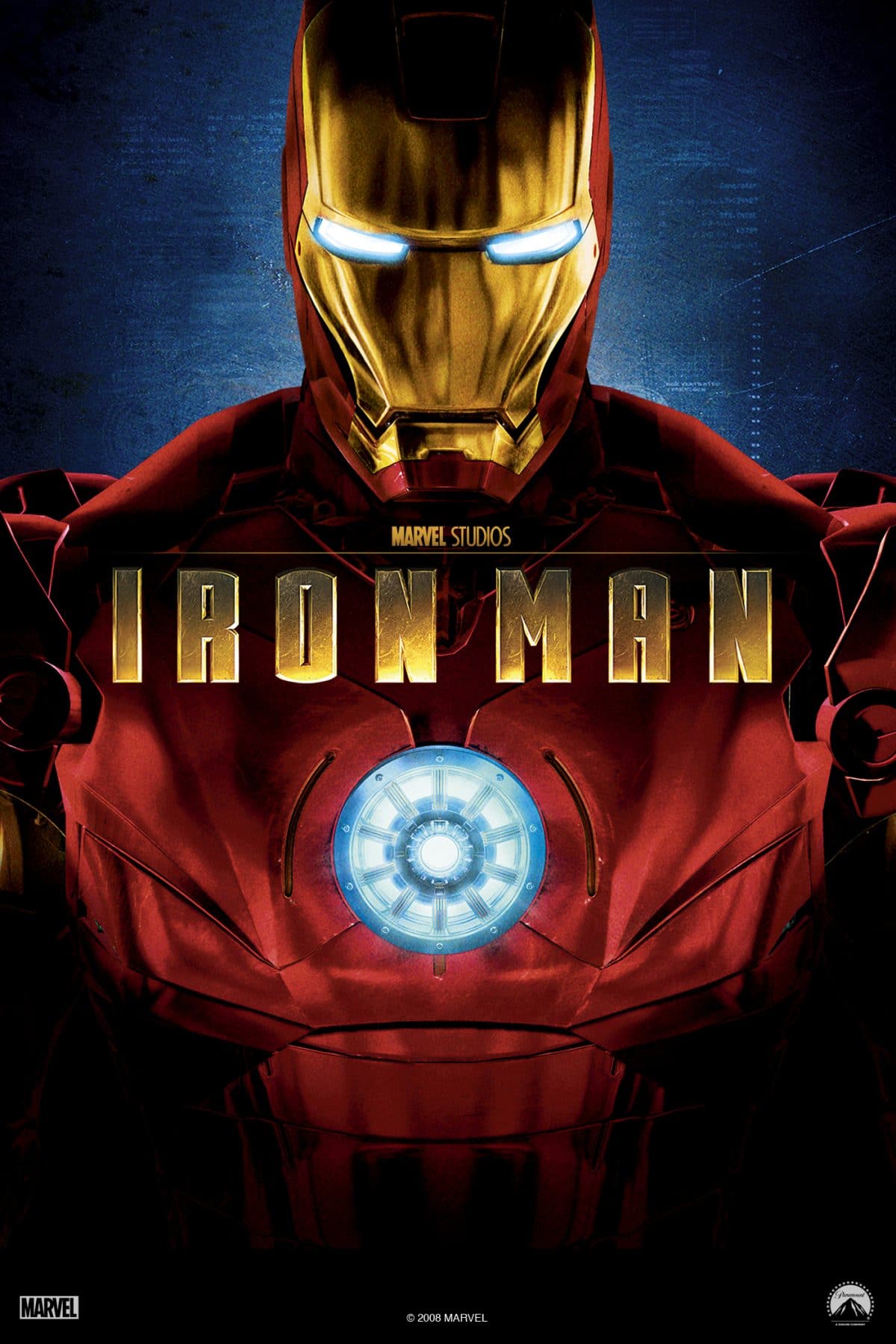 How does Iron Man hit Blake Snyder’s story beats? Here is the Save the Cat!® beat sheet for the film:

Opening Image: In a barren Middle-Eastern desert, a convoy of military vehicles passes through, symbolizing war and security through force.

Set-Up: Tony Stark (Robert Downey Jr.) sits with the soldiers, his presence intimidating. He takes a picture with one of them, using humor to break the tension in a save the cat moment showing that underneath his stuck-up persona, he’s a likeable person. Seconds later, the convoy is hit with a car bomb, and as Tony dives for cover, he sees a rocket with his company’s name on it. He is hit in the chest with shrapnel and kidnapped by terrorists, the six things that need fixing beginning to reveal themselves.

At an awards banquet 36 hours earlier, a video introduction describes Tony as a genius, his technology changing the world while ensuring freedom and protecting American interests. As the world benefits from his power, Tony spends his time gambling and socializing, relying on his business partner Obadiah Stane (Jeff Bridges) to accept the award on his behalf. In his thesis world, Tony is a weapons manufacturer who gets rich off of his inventions.

Theme Stated: Reporter Christine Everhart (Leslie Bibb) confronts him about war profiteering, mentioning that while others view him as the daVinci of our time, Tony’s other nickname is the Merchant of Death. The thematic premise centers on Tony Stark’s legacy: does he have more to offer than creating weapons? What will his life ultimately mean?

B Story: Tony’s assistant, Pepper Potts (Gwyneth Paltrow), is the only stable relationship he has in his life, and she will ultimately guide him in understanding his identity.

Set-Up: James “Rhodey” Rhodes (Terrence Howard) waits for Tony at the airport, frustrated at Tony’s lack of appearance at the awards ceremony. “You don’t respect yourself, so I know you don’t respect me,” he says, adding that Tony is incapable of being responsible. In a case of Stasis = Death, if Tony doesn’t show responsibility, his work will fall into the wrong hands. In the Middle East, Tony gives a demonstration of his new Jericho missile that uses repulsor technology.

Catalyst: Tony wakes up in a cave after the car bomb, finding his chest wired to a car battery, an electromagnet keeping shrapnel from entering his heart. Terrorists carrying Stark Industries guns enter and call him a mass murderer, echoing the theme. They order him to build them some Jericho missiles.

Debate: Tony is taken through the terrorist camp, seeing a cache of weapons with his name on them. Tony meets Yinsen (Shaun Toub), another scientist, who tells him, “That was your legacy, Stark,” and then proceeds to ask him what he will do about it. Tony pretends to build the missile, but instead works on a new idea, a suit powered by his arc reactor technology. Can it work? He is given a deadline and continues to work on the idea, hoping it will help them escape.

Break into Two: Realizing Tony is up to something, they rush to stop him while he suits up.

Fun and Games: In his Mark I Iron Man suit, Tony fights his way out of the cave as Yinsen is killed. In his last words, Yinsen tells him, “Don’t waste your life,” another callback to the theme. After being rescued and taken back home, Tony holds a press conference. Speaking to the reporters, Tony notes that he has more to offer the world than blowing things up and announces that he is shutting down the weapons division. In his upside-down antithesis world, Tony will discover what it is like when a weapons manufacturer stops making weapons and becomes one himself.

After Pepper helps him remove the original electromagnet from his chest, replacing it with upgraded arc reactor technology, he begins work on his Mark II suit. As the terrorists discover the Mark I suit pieces in the desert and attempt to assemble them, Tony learns from Stane that the board wants to get rid of him, and they are only interested in his arc reactor. Tony refuses to share it, and is successful in testing the flight repulsors on the Mark II.

Midpoint: Tony “goes public” by taking the Mark II out for a test flight, a false victory for the time being. Afterward, A and B Stories cross as Pepper gives Tony a present: she had kept the original and encased it in glass with the inscription, “Proof that Tony Stark has a heart.” Could the reporter’s words be false after all? Will his legacy be more than a weapons manufacturer?

Bad Guys Close In: The stakes raise as Tony doesn’t want the company to be taken from him, but how can a weapons company earn money without selling weapons? Tony’s shift in conscience has become his curse. As the terrorists reassemble the Mark I, Tony begins working on the Mark III. His internal bad guys manifest as he dances with Pepper at a party; he was always a playboy bachelor, but can he change?

Soon, Tony learns that his company has been double-dealing under the table with the bad guys in the town of Gulmira. Stane reveals himself as Tony’s true nemesis, declaring that he was the one who filed the injunction against Tony to have him removed from the company. Determined to leave a positive legacy, Tony takes his Mark III suit to Gulmira and defeats the terrorists, destroying the weapons cache. Stane visits the terrorists who kidnapped Tony and takes the suit pieces, planning to build his own prototype.

All Is Lost: Using an experimental weapon, Stane paralyzes Tony and steals the arc reactor from his chest. Before leaving, Stane reveals that he was the one who ordered the hit on Tony. Accusing Tony of being selfish, he says, “This is your legacy… a new generation of weapons with this at their heart.” The whiff of death is evident as Stane mentions killing Pepper, and Tony lies dying without the arc reactor to protect his heart.

Dark Night of the Soul: Clinging to his last ounce of life, Tony crawls to the lab and finds the old arc reactor that Pepper had given him as “proof” that he has a heart.

Break into Three: A and B Stories meet as Tony suits up, knowing the legacy he must leave, while Stane powers up his prototype.

Finale: In his synthesis world, Tony must stop the weapons his company created, and he sets out to stop Stane. Pepper arrives with agents from S.H.I.E.L.D. Tony fights Stane, who is in the Iron Monger suit, which gives him an advantage of power. Tony has Pepper prepare to destroy the arc reactor, which will also incapacitate Stane. In a high tower surprise, Stane confronts Tony on the roof, and Tony falls through the glass above the arc reactor. “Trying to rid the world of weapons, you gave it the best one ever. And now I’m gonna kill you with it,” Stane tells him. Though his life is at risk, Tony digs, deep down, telling Pepper to blow up the reactor. He would rather die than allow his legacy to be one of death and destruction. As Pepper destroys the arc reactor, Stane is killed. Tony’s own device in his chest stops but soon flickers back to life, powering on and reviving him.

Final Image: Standing before reporters at a press conference, Tony finally reveals that he’s Iron Man. He is no longer the Merchant of Death, but has created a new legacy for himself.