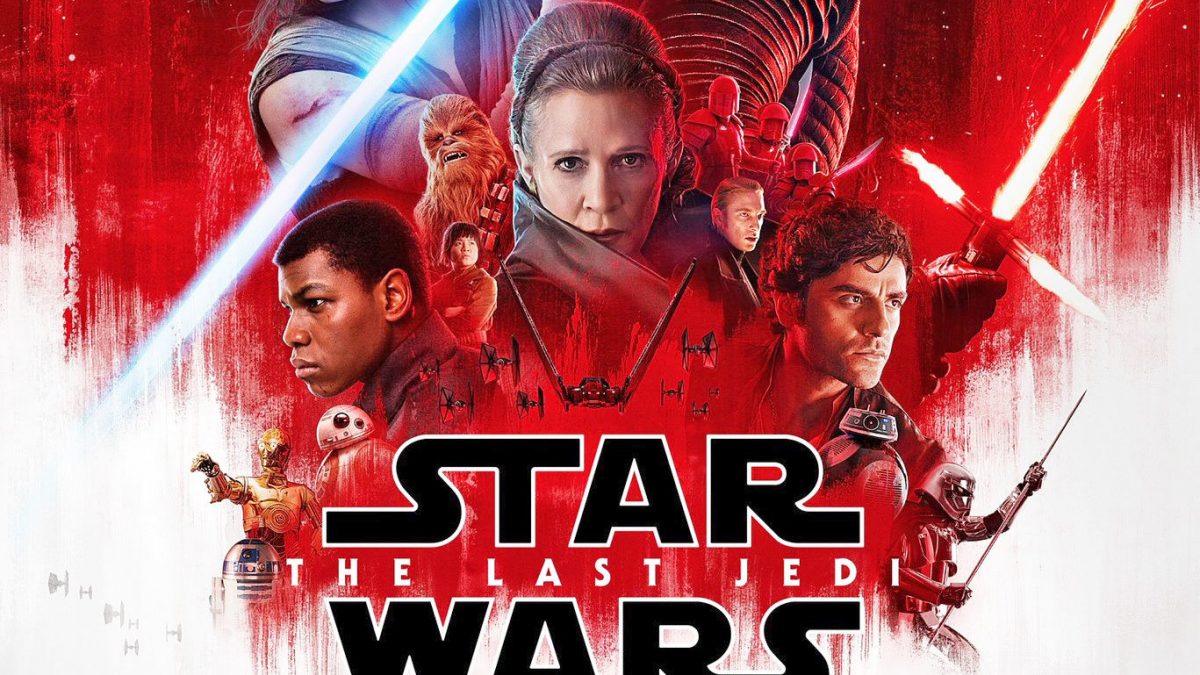 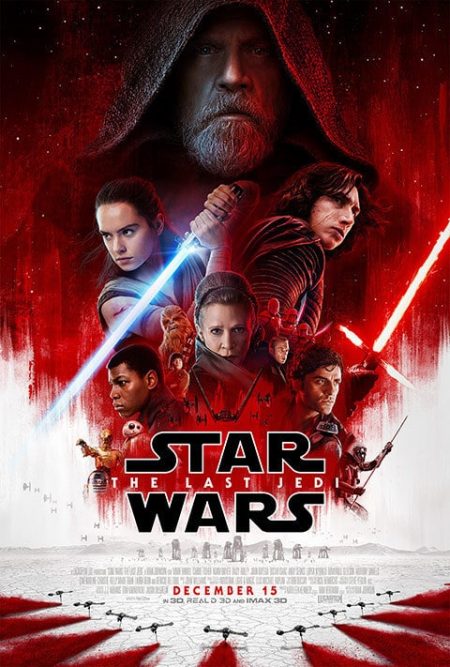 Over 40 years ago, a farm boy from Tatooine, a smuggler, a headstrong princess, and a Wookie captured our attention… and they haven’t let go. You would be hard-pressed to find anyone in our culture who doesn’t have any familiarity with Star Wars, whether they’ve seen a film or not.

Now, as the Skywalker saga draws to a close, we look back at a chapter that has been divisive among fans and critics. Rian Johnson’s The Last Jedi has drawn both praise and criticism, and to this day is hotly debated. For this reason, we’re going to dive in, Save the Cat! style, and look at five key lessons we writers can learn from the risks Johnson took with this penultimate film.

Lesson 1: Character transformation is crucial.
At Save the Cat!, we know that all stories are about transformation, and The Last Jedi delivers on this maxim. The story had a difficult task of juggling many heroes and storylines at the same time, all while giving characters situations in which they could grow personally. Each one had a set of problems, things that needed fixing.

Rey not only sought out Luke, but also wanted to know about her identity, believing she would better understand herself by learning about her parents. Poe Dameron starts out as headstrong, knowing he is the best fighter pilot in the Resistance. While that might be true, Poe needs to learn how to follow orders and allow others to be in control. Finn, after waking from his medical treatment, wants to hurry out and find Rey, only to be stopped by Rose Tico. Rose wants him to realize that there is more at stake than Rey’s well-being, and that there are others in the galaxy who will be impacted by his actions.

Of course, there’s Luke, too. He’s isolated himself from the rest of the galaxy and the Force itself, choosing to reside on Ach-To island. He believes he’s failed in creating a new Jedi order, and he’s exiled himself in the hopes that he will no longer have any influence on others.

Even antagonist Kylo Ren is in need of growth and transformation; throughout the story, we hope that he might change his ways and switch over to the side of Light. Whether that will happen remains to be seen.

Lesson 2: Bring your character to his or her lowest point.
Following the Bad Guys Close In beat is the All Is Lost moment. It’s a crucial scene where the hero’s world is brought crashing down. No matter what form it takes, it must be devastating for the hero. The Last Jedi shines in this aspect.

One of the lingering questions from The Force Awakens surrounded the identity of Rey’s parents. Theories ranged from her being the daughter of Luke Skywalker or Han Solo, a descendant of Obi-Wan Kenobi, or even a distant relative of Emperor Palpatine himself. But the answer Rey sought received a much different (and controversial) revelation from Kylo Ren. Kylo tells Rey, “They were filthy junk traders. Sold you off for drinking money. They’re dead in a pauper’s grave in the Jakku desert. You come from nothing. You’re nothing. But not to me.”

Ouch. While that answer, true or not, has received criticism, Rian Johnson had a good reason for including it. Referencing The Empire Strikes Back, he looked at the moment Luke learned that Vader was his father. For Luke, the answer he received was the worst possible knowledge he could learn. In the same way, the worst possible answer for Rey was to learn that there is nothing special about her, that she is essentially nothing in the galaxy.

Lesson 3: Heroes need a shard of glass to confront.
At Save the Cat!, we emphasize the importance of giving the hero a fatal flaw that they must ultimately face in order to achieve transformation. While Luke Skywalker isn’t the only hero in this story going through growth and change, he provides a good example of this concept.

Many fans, and initially Mark Hamill himself, were disappointed by Luke’s portrayal in the story. Having gone from a Jedi warrior to a reclusive hermit was not the image many had of their legendary hero. It angered some fans; Luke wouldn’t give up… would he? Rian Johnson knew, however, that for Luke’s journey to feel real to us on a personal level, he needed to have some flaws. If he were perfect from the start, he wouldn’t have anywhere to go if his character were to have a proper transformative arc.

From the moment Rey presents him with his lost light saber and he tosses it away, we’re disappointed with him. We’ve been let down, because we want to see the heroic Luke we remembered. That Luke is deep down inside, waiting to be redeemed.

And so, by the end of the film, when he faces off against Kylo Ren on Crait, it’s so much more satisfying. He believes in the Force again! Now there’s the Luke we remember! He’s back! But he wouldn’t have gotten there in such a powerful manner if he began his journey that way.

His flaws are what also push Rey to take the actions she does, which in turn affects Kylo Ren. For the other characters to have their own arcs, Luke needed to be a flawed hero. He needed to confront his shard of glass.

Lesson 4: Subvert expectations with the same thing, only different.
One of the main criticisms leveled at The Force Awakens was that too much of the story felt similar to A New Hope. And while there were parallels in some aspects, each piece in the narrative had a reason for being there. Director J.J. Abrams was tasked with bringing the franchise back to the public consciousness, letting the world know that this was a different story but that it was, very clearly, the Star Wars universe.

With the story and characters already established, Rian Johnson, in The Last Jedi, was able to subvert our expectations. This upset some fans, but what he was doing was giving us, as Blake Snyder calls it, “the same thing, only different.”

In Star Wars, we want to see light sabers and Stormtroopers and familiar characters. We are excited to see new planets and machines and droids. Rian Johnson was able to take all of this and add more to the story, forcing us to look at the saga in a whole new way.

There were elements of Anakin Skywalker’s arc, as we wondered if Kylo would change over to the Light Side. But there were also moments that surprised us.

We expected Luke to mentor Rey; instead, he tried to avoid her and get rid of her. We expected to learn more about Supreme Leader Snoke and his backstory; instead, Kylo Ren killed him without so much as a hint about the character’s past.

Although we believed we knew the basics of the Force, this film proved that we didn’t, and that it was much larger than we perceived. Rey and Kylo communicate telepathically through a Force link, and Luke later uses this to project himself through the Force.

There are also echoes of The Empire Strikes Back, when Luke enters a cave on Dagobah to confront his worst fear. He finds himself cutting off the head of a visage of Vader, only to discover his own face behind the mask. In this film, when Rey enters a cave on Ach-To, seeking answers to her identity, she faces her worst fear by looking into a mirror, seeing nothing but reflections of herself.

Even the Final Image was different from the others in the saga; whereas the previous stories ended on an image of a core character, The Last Jedi ends by showing us a stable boy on Canto Bight using the Force to grab a broom as he looks off into the stars. The implication: there are more individuals out there who are Force-sensitive, and there is still hope. By structuring the story in such a way, Rian Johnson was able to keep us guessing; he gave us the same thing, only different.

Lesson 5: The stakes must be real.
Often in franchise films, we know who the hero is and who the villain is. We know the hero will be victorious and the villain will ultimately be defeated. But in The Last Jedi, we didn’t know what to expect. After Han Solo was killed in The Force Awakens, we realized that death and defeat were a possibility. If Han could die at the hands of his own son, so could Leia. When Kylo flies his fighter toward her ship, we have no doubt that he wouldn’t hesitate to end her life as well.

Anyone was at risk. Anything could happen. Rey might be persuaded by Kylo to turn to the Dark Side of the Force. Kylo might join Rey in the Resistance and find redemption. As Finn flies toward the First Order’s super laser siege cannon on Crait, we have no doubt that this might be the end of his story, that he could sacrifice himself for a greater cause. In keeping the stakes real and raised, the story pulls us in and allows us to feel for the characters.

At Save the Cat!, we love to dig deep into stories and see what makes them so fascinating. The more we as writers understand how good stories are structured, the more tools we can implement in our own writing. As you go forth into the galaxy of your own stories, remember: The Force will be with you… always.