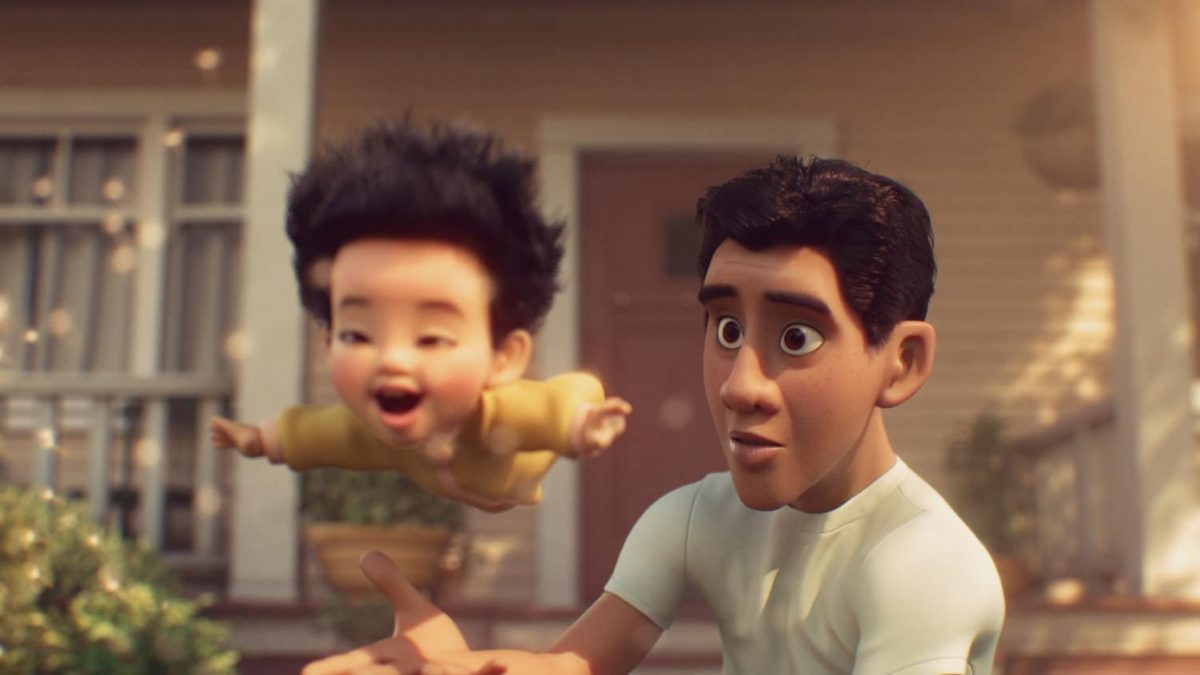 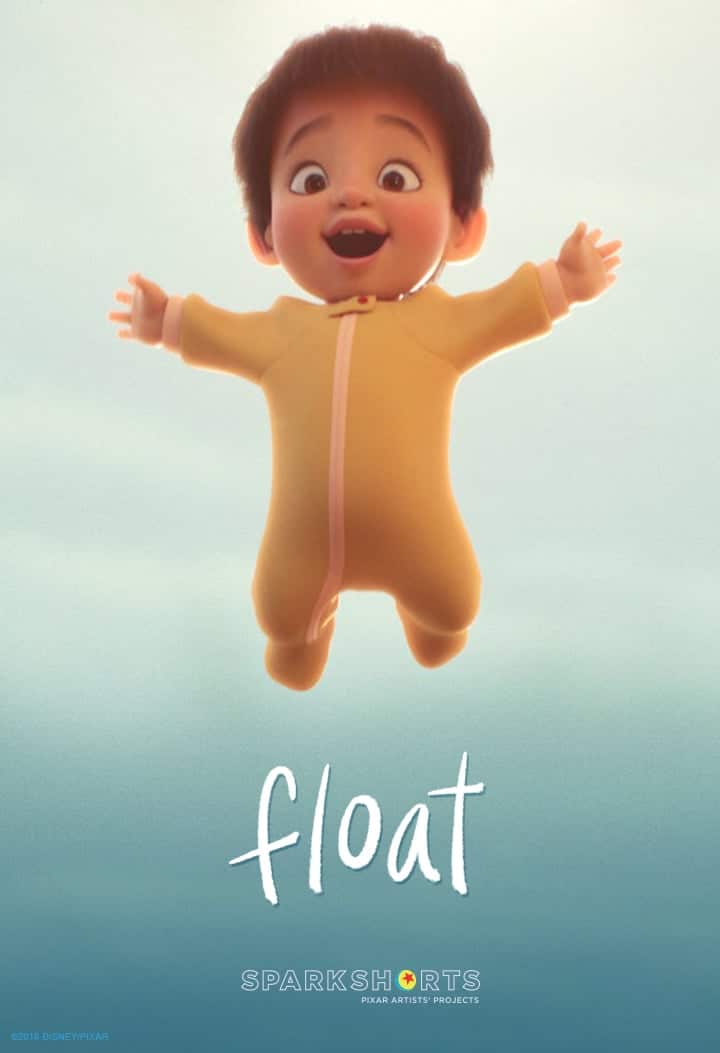 Written and Directed by: Bobby Rubio
Genre: Rites of Passage

How does Float hit Blake Snyder’s story beats? Here is the Save the Cat!® beat sheet for the film:

With the arrival of the Disney+ streaming service, Pixar has introduced the SparkShorts program. Float was inspired by writer/director Bobby Rubio’s own son who has autism. And, like all good stories, it tells a tale of transformation in just a few minutes. The father in the story has a life problem of having a son who is different, he tries to address it the wrong way, and ultimately finds acceptance in the end.

Opening Image: A child is tossed into the air, smiling joyfully.

Theme Stated: Though there is no theme spoken, the father holds the child in front of him, speaking baby-talk. It’s an indication that he loves his child, and that love is unbreakable, even in the most difficult circumstances.

Set-Up: In the front yard, the father guides his son as he takes tentative steps forward. He sees a dandelion and the father picks it up and blows on it, scattering the seeds.

Catalyst: Just then, a wind magically blows through the child’s hair, and the boy begins to float.

Debate: At first, the father watches with wonder, but as neighbors catch sight, he wonders what they must think of his child who is different. How can his son fit in with normal people? What should he do? He hurries inside the dark house as the neighbors begin to gossip.

Break into Two: Time passes, and both father and child are older.

B Story: There isn’t a different B Story, only the focus on the father’s relationship with his son.

Fun and Games: The promise of the premise is met as we see life through the father’s eyes: drawings and stickers on the ceiling, his son floating naturally in the air. The father attempts to hide his son’s differences to the outside world by literally weighing him down with rocks in a backpack.

Midpoint: On the walk, the son finds a dandelion, a reminder of the beauty of being different.

Bad Guys Close In: The boy begins to float but is quickly dragged down as they avoid the gaze of a passing family. Arriving at the playground, Bad Guys, both internal and external, plague the father as he watches the other parents playing with their children. His son tries to play and float, but the father pulls him away. The boy kicks and screams, drawing the attention of bystanders.

All Is Lost: In a moment of frustration, the father shouts, “Why can’t you just be normal?!” There’s a whiff of death for both of them as the boy sinks to the ground, his heart crushed.

Dark Night of the Soul: Watching his son shed silent tears, the father realizes that he loves his son no matter how different he is, the theme reflected.

Break into Three: He picks up his son and takes him to a swing set.

Finale: Cradling his son, the father begins to swing slowly. As his son feels the air rush through his hair, he realizes that his father accepts him for who he is. He floats upward, moving throughout the playground with joy as his father cheers him on.

Final Image: As the two share in a moment of joy and acceptance, the seeds of a lone dandelion blow into the wind.

Save the Cat!® Goes Mythical: Demigod with a Problem