Best of Blake’s Blogs: Inspiration for the New Year 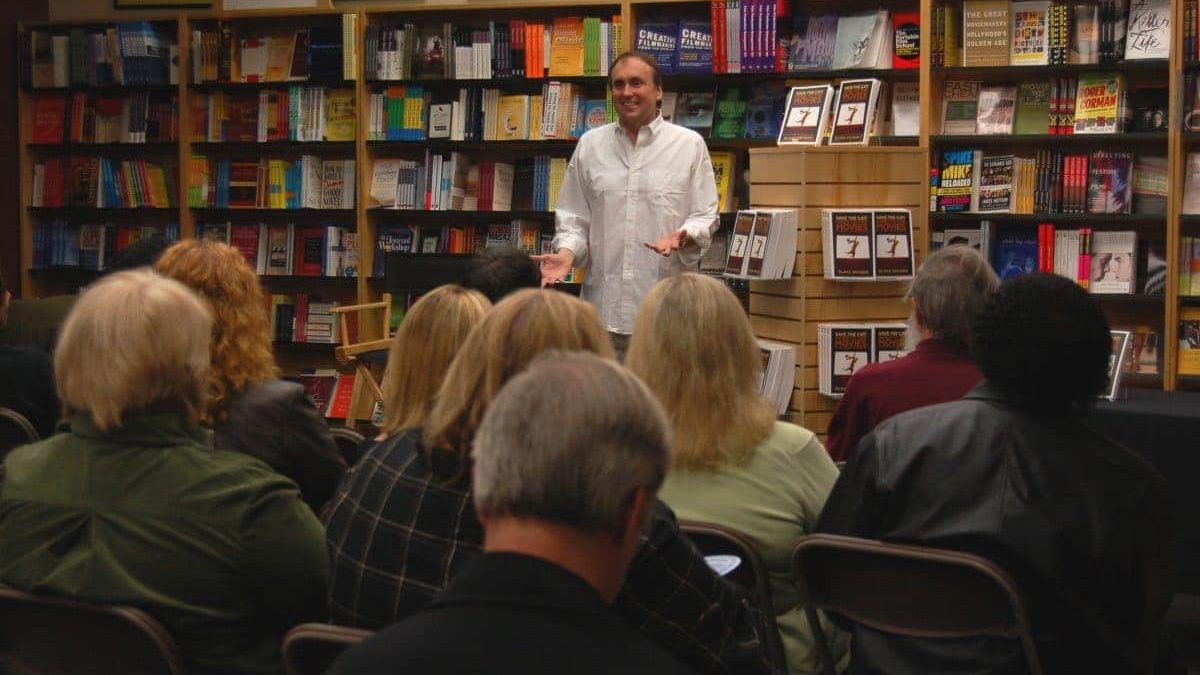 Blake Snyder at The Writers Store

Entitled “10,000 Hours,” this was first posted on August 3, 2009, the day before Blake’s unexpected death. Its inspirational message is especially worthy at the dawn of a new year.

I love writers. And I especially enjoy helping young writers who email with the big question: When? When will I sell my first script? When will I “get on the boards”? My patient reply is always the same: Don’t worry about that right now. Have fun!

The most important thing to do is to love what you’re doing. That way, getting better at it isn’t a struggle, it’s a pleasure.

One of the surest measures of “when?” has come to us in Malcolm Gladwell’s latest book, Outliers, a fascinating study of success and what it takes to be one. As we might suspect, many factors for success include “luck,” and Gladwell has given us surprising anecdotes to support his theories.

Did you know, for instance, that the month you were born may be the key to your being a success in Canadian Hockey? Statistically, more star hockey players are born in the early part of the year. It leads to getting up on your skates and playing faster, and dominating others who are born later in the year. And once you dominate Year One of your young career, it pretty much stays that way.

But the one part of Gladwell’s book I really appreciated concerned how luck meets opportunity—and the importance of hard work. It’s the “10,000 hour rule” Gladwell discovered. That’s about how much time anyone must log at a particular skill before he or she starts to get good at it.

Gladwell cites the success of The Beatles as not just being “in the right place at the right time” when they were discovered in Liverpool, but the many nights they played music, sometimes day and night, while on tour in Germany. What made them great wasn’t just their unique musical style, but the mastery of many styles, over many days and months, by the time the call of fame finally came.

Gladwell has the same to say for Bill Gates, Steve Jobs, and other pioneers of the software/Internet/ computer era. It wasn’t just that each of these guys was born roughly the same year—or close enough—but that by the time the call came, their “hobby” and fascination with it had absorbed many, many hours of their young lives. How many hours?

The good news for us is this kind of mileage can be logged not just in writing, but in helping others with their scripts, too—which is why I so heartily recommend the “small group” model of writers getting together and critiquing each others’ scripts. Fixing not just your script, but hearing the problems of others, counts too. As does time spent studying movies… and discovering what makes them tick.

It is also the one thing we can control at any age: the time spent to get good at it. Concentrated, focused effort to understand story, character, and execution of ideas—in all forms of communication—makes us the steely pros we need to be when we’re called upon to take the place of the star of the show and are told “You’re on!”

Check out our curated collection of Blake’s Blogs>>

Five Tips to Write a Great Script in 2023