Won’t You Be My Neighbor? Beat Sheet 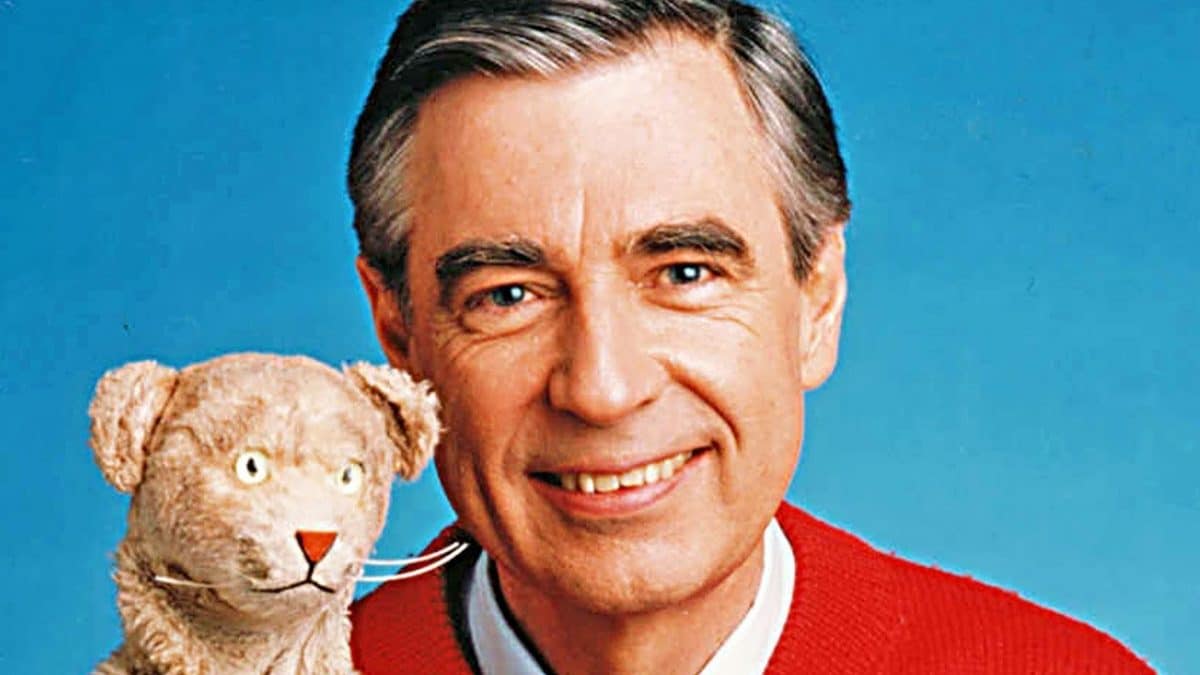 Can a documentary hit the beats? Filmmaker Morgan Neville’s 2018 ode to the life and legacy of Fred Rogers, beloved host of the popular children’s TV show “Mister Rogers’ Neighborhood,” shows that solid structure can help make a story in any genre satisfying.

How does Won’t You Be My Neighbor hit Blake Snyder’s story beats? Here is the Save the Cat!® beat sheet for the documentary film:

Opening Image: In a clip from 1967, Fred Rogers muses about his mission: “To help children through some of the difficult modulations of life.” We see right away that the Mr. Rogers we probably knew from our own childhood TV viewing wasn’t just on-air talent. He wasn’t just a kids’ show host. He was a man with a mission he took very seriously.

Theme Stated: At about four minutes in Fred tells us, “Love is at the root of everything” — an idea that guided his life’s work. The movie will explore whether this is enough, whether love can make a difference.

Set-Up: The A Story, the “plot” that gives the film its shape, is the story of “Mister Rogers’ Neighborhood.” We see how Fred Rogers became interested in creating programming for children (he wanted to offer something better than what was out there), the role of his Christian faith in his life, and the evolution of the show itself from segments within existing kids’ programming to a freestanding series.

Catalyst: The thing that really kicks Fred’s journey into motion is becoming a student of notable developmental psychologists and early childhood experts like Dr. Spock, Erik Erikson, and Fred’s mentor, Margaret McFarland. The time he spends studying with these experts helps him understand the inner life of children, and prepares him to better help the kids he cares so much about.

Debate: But how exactly will all of Fred’s ideas about children’s programming manifest? What would his show actually be? Producer Margaret Whitmer tells us, “If you take all of the elements that make good television and do the exact opposite, you have ‘Mister Rogers’ Neighborhood.’ Low production values, simple set, an unlikely star. Yet, it worked.”

The show debuts in 1968. In a great Fool Triumphant transmutation, Fred Rogers becomes Mr. Rogers, and “Mister Rogers’ Neighborhood” immediately differentiates itself from all other children’s programming by tackling weighty topics, like what children might be feeling and hearing about the Vietnam War. A signature of the show became the song at the end of each episode, in which Fred would help kids try to process their feelings.

Break into Two: From everything we’ve seen so far, we know what Fred Rogers wants to do, and how he plans to do it. But the Act 2 question is can he do it — will it work?

B Story: There’s an emotional throughline we might look at as the B Story, and that is really Fred’s internal struggle to believe he was making a difference. Though he has faith in his philosophy and his mission, the journey will not always be easy.

Fun and Games: If documentaries have set pieces, Fred Rogers’ testimony in front of the Senate is certainly one. In 1969, Rogers addresses the Senate to argue against a $20 million cut in funding for PBS. It takes him just six minutes to convince the gruff and impatient Rhode Island Senator John Pastore that funding PBS and the work that Fred Rogers is doing is well worth it.

Here we learn more about Fred Rogers’ own childhood and how he hadn’t been allowed to express anger, so he used music as an outlet. His experience as a child very much informed his work with children.

Puppets are also a prominent aspect of his show, and the puppet Daniel Striped Tiger seems to represent the “true” Fred. Daniel articulates the feelings of fear and insecurity Fred had as a child, and that many children share.

Midpoint: Despite the popularity of his show, Fred Rogers is ready to stop. In an interesting false victory, we learn Fred feels he’s banked enough episodes covering childhood issues that they could simply be re-run for new groups of kids to enjoy and learn from.

Bad Guys Close In: So Fred moves onto other things. He makes programming for adults but it doesn’t find an audience. Then he hears in the news that kids are being injured or even killed because they are trying to imitate the superheroes they see on TV. The idea that kids are being misled, that they aren’t being protected, and that it’s his own medium doing it, makes Fred angry. So he comes back. And he programs an entire week of “Mister Rogers’ Neighborhood” devoted to superheroes, to help kids understand what’s real and what isn’t.

And because internal Bad Guys can also Close In, we see Fred’s secret doubts rear up. A letter he wrote to himself at this time (but which wasn’t found until after his death) expresses his worry that he isn’t up to the task of continuing the show — that maybe he isn’t doing enough, isn’t making enough of an impact. Pursuing his mission isn’t easy. But it’s important to him to keep going.

By now he’s become a well-recognized and respected figure. He is called on to address the public anytime there is a national or international tragedy, like the Challenger space shuttle explosion. It’s a tremendous responsibility to advise adults on how to speak to kids about these events.

As his iconic status grows, he’s also made fun of in pop culture. His sexual orientation is questioned. He’s parodied on shows like “Saturday Night Live.” But Fred isn’t bothered by the spoofs — unless they insult the philosophy.

We learn a bit more about Fred’s childhood, and learn he was bullied, called “Fat Freddy.” That’s the wound he’s constantly trying to heal, in himself and in other kids.

All Is Lost: Despite “acceptance” being at the heart of Fred’s philosophy, there’s one cast member — Francois Clemmons — who Fred isn’t able to accept as he truly is. When he learns Francois is gay, Fred decides he can’t openly support a gay cast member for fear of losing the support of the show’s corporate sponsors. Francois is deliberately portrayed on the show as straight and married to a woman.

Dark Night of the Soul: But eventually, Fred comes around. He makes it clear he accepts and loves Francois as he is. Francois tells us: “From then on, he became my surrogate father.”

Break into Three: Act 3 of this movie is all about examining Fred Rogers’ impact. In one episode, Fred featured Jeff Erlanger, a disabled young boy, who explained his medical condition and wheelchair to the kids in the audience. Jeff’s parents tell us Fred “had an impact on who Jeff became, his sense of self.”

Yet even this late in his career, Fred says he doesn’t feel like a person with power or impact. He’s still trying to get the people who are making kids’ programming to have the respect for childhood that he has.

As he gets older, Fred gets more serious in his beliefs. It’s speculated that maybe this is his way of dealing with the fact that people still don’t take the show seriously. They don’t understand the depth of the show.

He tells us: “What changes the world? When somebody gets the idea that love can abound and can be shared.”

Finale: And then, Fred’s philosophy comes under attack. He is blamed for the “narcissistic” culture of the time, in which everyone seems to think they’re special and they don’t have to do anything to earn it.

But Fred stands strong. He explains the difference between “inherent value” and “entitlement.” And we see people showing up to thank him everywhere he goes, for the effect he had on their lives.

Finally, we see Fred’s story draw to a close. He grows older, becomes sick, and passes away.

Those who knew Fred Rogers explain what “Won’t you be my neighbor?” means: it’s an invitation for somebody to be close to you. Because the greatest thing we can do is help somebody to know they’re loved and capable of loving.

And in the final minutes, we realize that the world today desperately needs someone like Fred Rogers. And though he’s gone, his philosophy lives on. There are people like him — the helpers.

Final Image: Each person who’s spoken to us throughout the movie is given a quiet moment to think about someone who helped them. And so are we.