Acting Partner lets actors run lines over and over again, wherever and whenever they want.

Imagine running lines while stuck in traffic, working out, walking the dog, even sitting on a folding chair waiting to audition. Well now you can – with Acting Partner. Just try getting your roommate to do that for you.

Here’s how it works. Simply open Acting Partner on your iPhone or iPad Air or later and import a PDF, Final Draft 8/9, or Screenwriter MMX of your script. 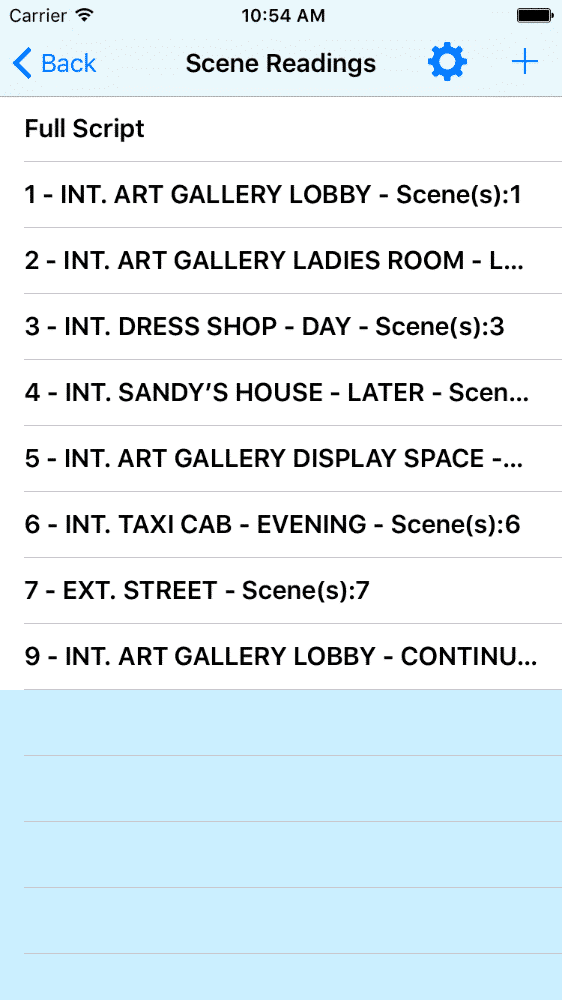 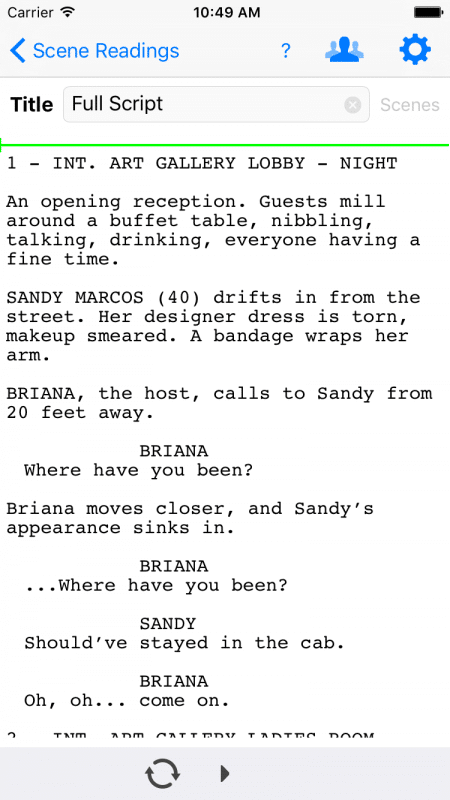 Within a scene reading, you can identify a starting and stopping point and have Acting Partner loop it over and over until you’ve nailed your lines. The “director” will queue you at the start of each reading and you’ll hear a beep when you’ve reached the end of the section so you know when to “take it from the top.” 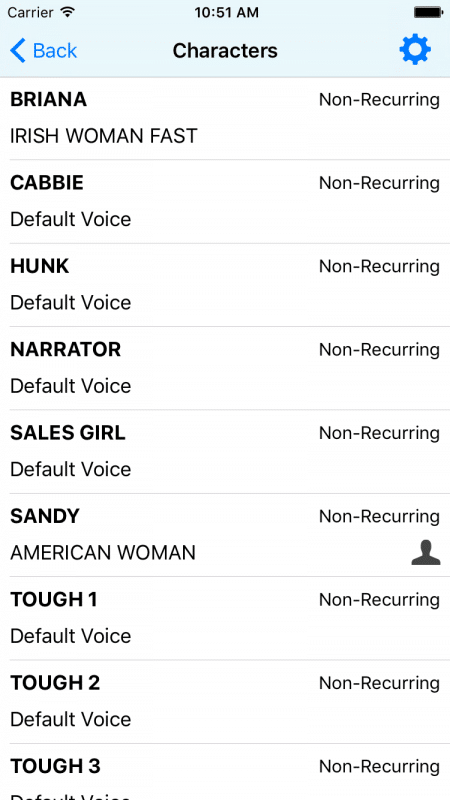 Acting Partner also identifies all the characters with dialogue and creates a character list for you so you can assign different voices to each character. For each character, you can choose from pre-selected character voices or create your own custom voices.

If you’re working on a tv show, you can start your next episode with all the recurring characters and their voices. 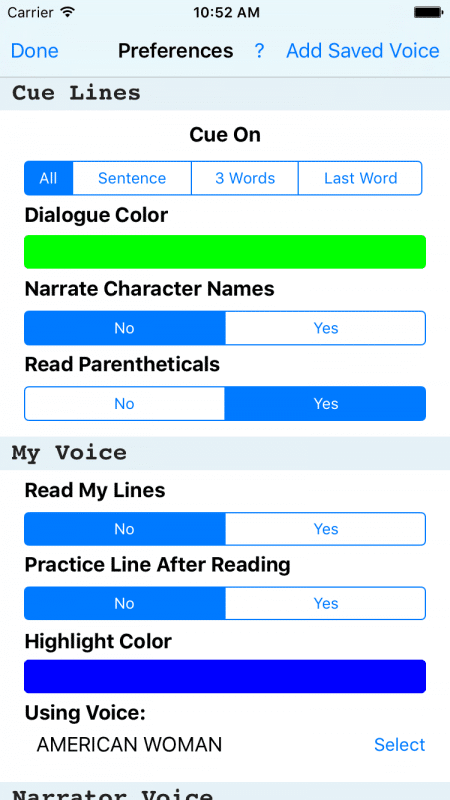 You can also quickly set other read-back preferences including narrator options, your own character’s voice, and whether to hear your own lines or leave space during read-back to give you time to practice them yourself. 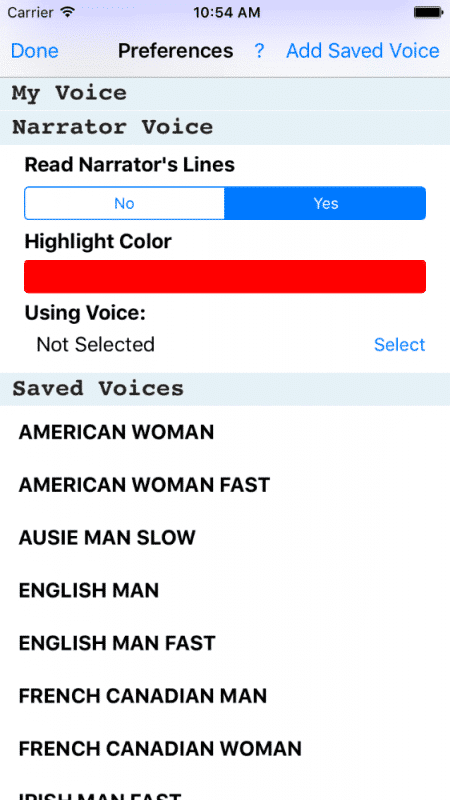 All that is required is the Acting Partner app loaded onto an iPhone or iPad Air or later, a PDF, Final Draft 8/9, or Screenwriter MMX script, and a good charge.

Priced under $20, Acting Partner is affordable, fun, and it really works!

Created by the makers of ScriptE (the industry-leading Digital Script Supervision Software), Acting Partner is built on proven technology and backed by superior tech support.

4 Tips for Writing a Better Hero: