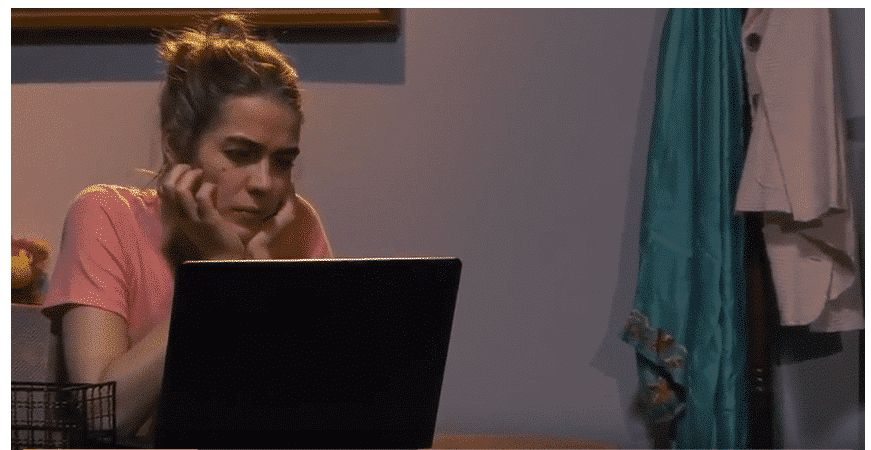 Editor’s Note: Sometimes something very special arrives unexpectedly, in this case a very funny and wonderful short from a talented newcomer. And so we introduce a new series: Filmmakers of the Future. (Hint hint: send us your short films.)

I might’ve cried before typing this out. (Okay, fine. I did.) I’ve read this blog for at least a year now and it’s nothing short of an honor and a dream to address those who, like me, absolutely adore the resources that the hard-working team behind this website provide. Thank you so much! Before I hop in, two things:

1. Please pardon that it’s a video capture that takes 5 seconds to get started. (I didn’t get access to the short, but I suppose that’s how student projects roll.)

2. The ending was supposed to be a cat hitting print moments before the actual script we just watched comes rolling out — hence “Autosave,” because the cat saved itself. (Heh.) However, the director didn’t feel that was necessary. Again, “them’s the breaks.”

With that outta the way, I ordered a copy of Save the Cat! when I decided to take a course in screenwriting. I’ve always been a writer — I’m actually a journalist and the editor of Georgia Voice, an LGBT newspaper here in Atlanta — but I always felt a calling to pen a Southern Gothic. (And I will!) Horror is my absolute jam!

Truth is, when I started reading Save the Cat!, I was absolutely floored at how succinctly Mr. Snyder (rest in peace, sir) was able to put what could’ve been pretentious, hifalutin “industry speak” in such a way that felt like a buddy was showing you the behind-the-scenes secrets with a wink and a nudge; like you were “in” because he wanted you to be.

He used very real examples that I could find in movies I’d seen before, and couldn’t help but notice in movies I’d watch hence. (Most recently, I saw a Save the Cat! moment in Three Billboards Outside Ebbing, Missouri. When Frances McDormand’s character is ordering those “scandalous” billboards in that tiny little office, one might think that because of her woman-in-a-quiet-rage vocal inflections, she’s a real witch to deal with. But then, staring out a window while her order is being tallied up, she uprights a june bug that was on its back in the window sill, a tiny gesture that the director made sure to get a tight shot of. She cares about life, no matter how small and insignificant. There was, just then, a new layer to this woman we knew little about, and perhaps an important part of her character. (No spoilers here, though.)

So the screenplay I submitted was chosen for production by my fellow film students at Clayton State University here in Georgia. In it, I wanted to present a post-mortem love letter to Mr. Snyder in thanks for his book — an absolute must for someone new at writing for the screen. As well, it serves as a sort of inside joke to others who are just getting started and are feeling the frustrations of putting a decent story together. The anxiety, am I right? It comes through in Cara, our protagonist. As she sits down to write her first screenplay, her characters come to life as she’s writing them. Instead of doing as she asks, however, they chide her on how she’s going about things all wrong.

(Quickly, I hope everyone can forgive the room tone issues. It’s a film made by first-year students, so we worked with what we had. One day, however, I can see these folks making something of themselves in this industry, with how much passion they put into my 15-page, silly little script.)

So please, enjoy… and feel free to share the video/blog post with someone who just might have what it takes to write for the screen! It serves as a sort of educational guide and an “I feel your pain!” camaraderie — all thanks to Mr. Snyder, who imbued that very feel in his book. 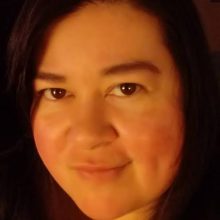 Eva Berlin Sylvestre was born in the swamps of South Georgia, where sippin' sweet tea on the front porch watching Mother Nature do her thing was our version of live entertainment. She's currently the editor of Georgia Voice, an LGBT publication based in Atlanta, and has won numerous awards for her socially conscious work in journalism.