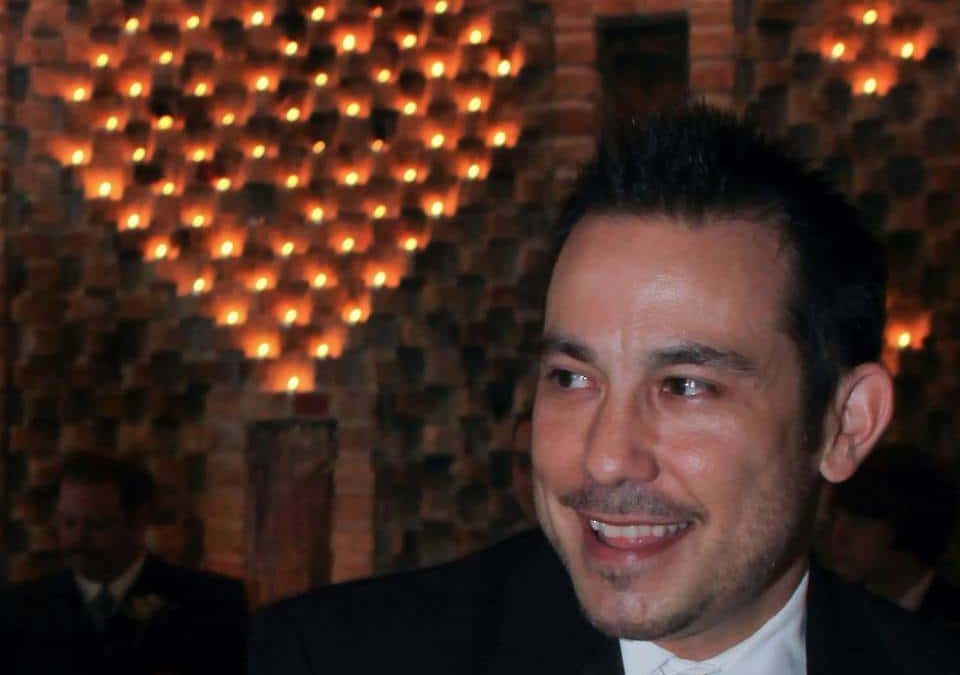 San Antonio-based screenwriter Richard Dane Scott, who has achieved success without living in Los Angeles, attended the Beat Sheet Workshop in the Alamo City in 2011. His family feature My Dog The Champion starring Lance Henriksen was screened at the Austin Film Festival in October 2013. Master Cat Alvaro Rodriguez (who led the San Antonio workshop) conducted this incisive interview with Scott.

Alvaro Rodriguez: Tell me about how you first learned about Save the Cat!

Richard Dane Scott: I had always noticed it on the bookshelves among the plethora of other screenwriting books. It wasn’t until a Save the Cat! workshop was scheduled in my hometown of San Antonio (nothing like this gets scheduled in San Antonio!) that I decided to read it. It also helped that you were conducting the workshop and I had just met you 9 months earlier at the Austin Film Festival. I found it all serendipitous.

Al: How did you get involved with My Dog The Champion? What was the process of writing and making that film?

Richard: The director Robin Nations had worked on a short film of mine in 2006 as a set decorator. Since then, she and her husband Kevin had made three feature films and the distributor of their last one — Angel Dog — wanted another “dog” movie, fast.  He was having difficulty in coming up with one, so she reached out to me to see if I’d like to help. She sent me 30 pages of two different “ideas.” I managed to take elements of each and combine them to come up with My Dog The Champion. Of course, my process always starts out with the Blake Snyder beat sheet.

Al: That’s great. What’s next for you?

Richard: The Nations have hired me to write three other projects. One is in production now called The Adventures of Pepper and Paula — which is another family film loosely based on the first World Champion female gunslinger: Pistol Packin’ Paula and her dog Pepper, who saved her life in a tragic car accident. The second one is an adaptation of the faith-based baseball book entitled Dreaming of the Majors — written by Lefty O’Neal, who is the only white player to ever play for two different Negro League teams. We hope to shoot this one in the Spring of 2014. The third one is a modern day Empire Records set in an arthouse movie theater called Box Office Rejects. The script is done and just waiting for the perfect time to start looking for financing. The Nations are also producing a teen apocalyptic drama called Stage V — which I co-wrote with director Buddy Calvo — and hope to go into production in February.  Besides that, I have a dramedy in development with producers Dawn Wiercinski and Richard Bever called The Undercard, and two other features with producer/director Greg Carter — one of them being My B.F.F. starring Paula Patton, and starting production in New Orleans soon.

Al: A full slate! Do you have any advice for new writers trying to break in to the business? Contests, festivals, networking opportunities? Things that inspire you?

Richard: Yes, yes, and yes. Since I don’t live in Los Angeles, I’ve had to utilize all other resources available. I’ve attended the Austin Film Festival for 10 years and my connections have led to 3 features in development. I’ve entered contests and having placed in the Nicholl Fellowship, Austin, and Page International. I’ve received attention from various prodcos, agents, and managers. I’ve also used websites like Inktip.com, VirtualPitchfest.com, and Moviebytes.com to obtain various levels of success. And I get involved with the local filmmaking community, because you never know when someone like The Nations will breakout to achieve their own dreams and allow people like me to ride their coattails. If you have a dream of becoming a professional screenwriter, then you have to go out and make it happen. Never stop learning, never stop growing, and with patience and a great screenplay — you will find success.

Al: What was it about Blake Snyder’s method and Save the Cat! that spoke to you?

Richard: I know there are a lot of screenwriting “how to” books on the market. And I know there are many naysayers in regards to them. I like Save the Cat! because it’s easy to understand and breaks screenplays down to simplified terms. Using the Blake Snyder beat sheet to start basically gives you an extended outline. That outline can then be fleshed out into a mini treatment. But with Save the Cat! and other books, you have to understand that they are only guides. Guides that all get you to a common place. I like to describe writing a screenplay like putting up an artificial Christmas tree. You have to find a location in your house suitable to display it. Put the base down. Connect the tree. Spread out the branches evenly.

To me, this is what Save the Cat! and other screenwriting books can help you do. They make sure you’re on the right path. That you have a good foundation. Once this is completed, everything else is up to you. You and only you must decide which ornaments get placed on the tree. Basic glass? Caricatures? Photos? In what locations are they placed? The outside, the inside? How far do you spread them out from each other? Do you add tinsel and/or cotton balls for added effect? (Sorry, Mom.) What color lights do you use? Do they emanate solid light or will they twinkle? Did you choose an Angel or a Star to go on top? Nothing but your life experiences teach you how to do this.

And just like screenwriting, no book or guru can ever teach you how to gather this information. They won’t teach you how to extract dialogue from your brain, how to find a story from your subconscious, or how to search for inspiration within the deep recesses of your inner mind. Ultimately, writing a great screenplay can’t be taught from a book. A screenwriting guru can’t teach you how to write the next blockbuster. They can only guide you. They ensure you know the basic elements to apply to your original idea. Your next great screenplay can only come from within.