Your Logline Template for Each Save the Cat!® Genre 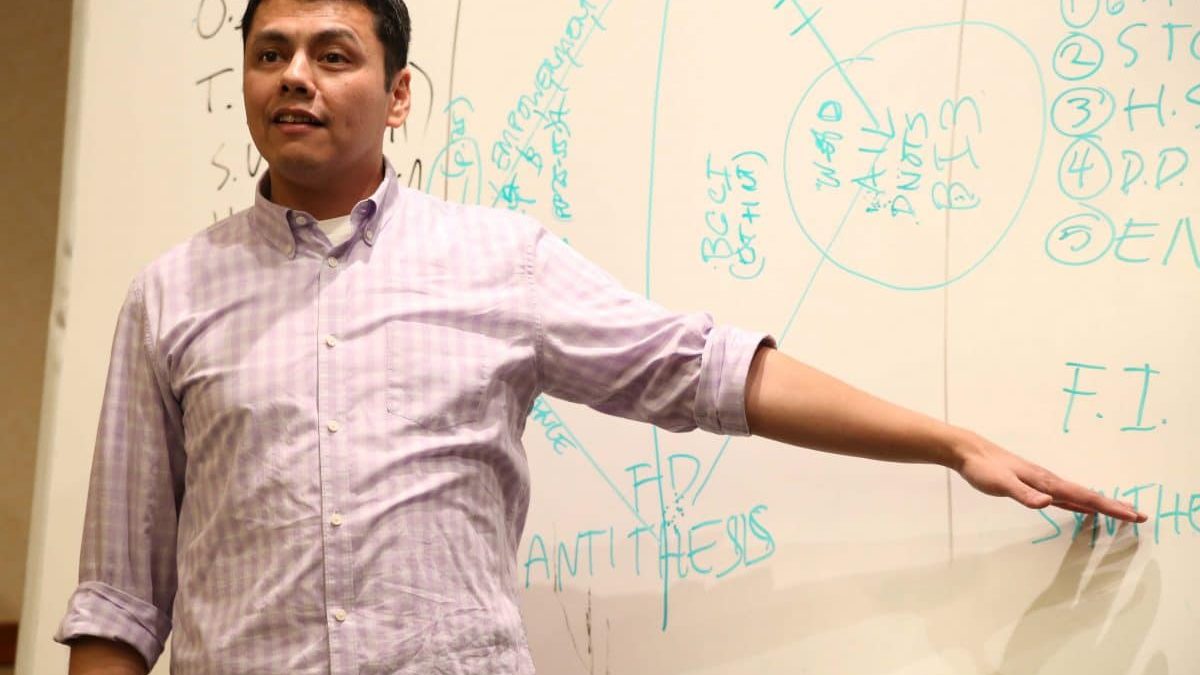 Our workshops are always a great place to “test the waters” of an idea to see if there really is a story lurking in the shadows awaiting to be told – and told in the best way possible. Part of what we do in the workshops is discover what truly is the “best way possible” to tell that story.

While it can be a process to find what that is, one way to play around with your idea is figuring out what your story’s genre is. Oftentimes, writers in the workshop think their story is one particular genre, but when I propose another genre,  they suddenly see the story in a whole new light.

And what makes this even more fun is that it allows the writers to see the possibilities of their story open up in ways they didn’t before.

Well, to speed up that process, I’ve come up with a hybrid template of a logline that’s specific to each Save the Cat!® genre.

If you’ve taken a workshop with me, you know I lovingly incorporate The Big Three – the hero, goal, and problem of your story – in the logline that also conveys your story’s genre.

Yet a great logline includes even more. You’ll see that the templates below have the three elements of each genre.

With both The Big Three and the three elements, your logline will give your reader a better understanding of what kind of story – and hero – to expect from your script or novel.

Here’s are two examples of how you can work with a template:

The Golden Fleece template is:

The Little Miss Sunshine (a Golden Fleece story) logline is:
When a dysfunctional family reluctantly embarks on a road trip to a “Little Miss” beauty pageant, they’re forced to face their underlying problems and issues along the way or forever lose what truly matters most… each other.

The Institutionalized template is:

The Zero Dark Thirty (an Institutionalized story) logline is:
An unrelenting CIA operative must track down the elusive Usama Bin Laden as she risks it all against his fanatical followers and her own bureaucratic agency.

While your “working” genre logline may not be your final logline, which may well solidify as you’re writing your script or novel, it acts as a good guide to know if you’re looking at your story in the right way or to discover if you’ve gone off course.

Remember, playing around with genres is a great way to “unstick” yourself if you ever find yourself stuck with your stories.

Here are the genre logline templates (with the three elements for each genre in italics):

SAVE THE CAT!® 10 GENRE LOGLINES

Monster in the House: Monster, House, Sin
A culpable hero is forced to save a trapped group of people from being killed by a monster he inadvertently unleashed.

Out of the Bottle: Wish, Spell, Lesson
A covetous hero must learn to undo a spell he wished for before it turns into a curse he can’t undo.

Dude With A Problem: Innocent Hero, Sudden Event, Life or Death
An unwitting hero must survive at all costs when he is dragged into a life or death situation he never saw coming and cannot escape.

Rites of Passage: Life Problem, Wrong Way, Acceptance
A troubled hero’s only way to overcome a spiraling life crisis is to defeat his worst enemy – himself.

Buddy Love: Incomplete Hero, Counterpart, Complication
An inadequate hero must rise above an extremely difficult situation to be with a uniquely unlikely partner who is the only one capable of bringing him peace.

Whydunit: Detective, Secret, Dark Turn
A single-minded hero must find the truth to a mystery so intriguing before he is swallowed by the darkness he desperately seeks to expose.

Fool Triumphant: Fool, Establishment, Transmutation
An innocent hero’s only way to defeat the prejudices of a group is to change himself without losing what made him the group’s target of disdain in the first place – his uniqueness.

Superhero: Special Power, Nemesis, Curse
A uniquely special hero must defeat an opponent with stronger capabilities by using the same powers that disconnect him from the people he hopes to save.

Examples of Great Set-Ups and How They Pay Off