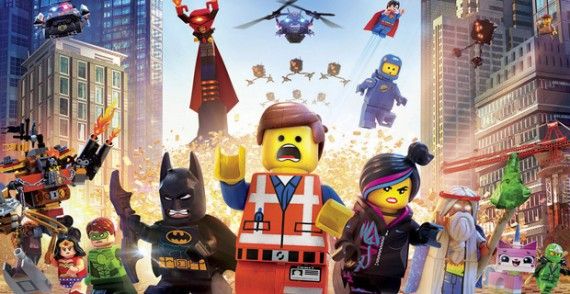 The Motion Picture Academy didn’t show much Oscar® nomination love to The Lego Movie, but we have lots of admiration for a script with such perfect structure.

Genre: Dude with a Problem

Opening Image: In a world made of Lego bricks, wise Vitruvius (voice: Morgan Freeman) is attacked by Lord Business (voice: Will Ferrell) in his underground lair.

Theme Stated: The villainous Lord Business confronts Vitruvius, looking for the Kragle, an item that will give him unlimited power. He obtains it, but not before Vitruvius recites a prophecy of a Special One, the greatest and most important individual of all times, who will find the Piece of Resistance and use it against Lord Business and the Kragle. This theme will be debated and built upon brick-by-brick as the hero learns what it means to be unique in a world where everyone seems to be the same.

Set-Up: Eight and a half years later, Emmet Brickowoski (voice: Chris Pratt) wakes up to a daily routine in which he carefully consults the instructions that tell him “how to fit in, have everybody like you, and always be happy.” This is his thesis world, one of predictability and sameness. On television, President Business announces Taco Tuesday, and Emmet steps outside to his ordinary world. Everyone follows the rules laid out for them, and even though they all sing “Everything Is Awesome,” there are things that need fixing in Emmet’s life. Deep down, he wonders where all the special people in his life are. The theme is echoed as he longs to feel something other than ordinary. After work, he is separated from the group and spies a mysterious figure who is not following the rules.

Catalyst: Our innocent hero follows the figure, catching a glimpse of her. He falls deep into a crevice and wanders around, asking aloud what he should do without his instructions. Seeing a mysterious object, he touches it, and his mind is filled with images both real and surreal. He passes out, but not before he hears a voice say, “It’s your turn to be the hero.”

Debate: Emmet wakes to find himself being interrogated by Bad Cop (voice: Liam Neeson), who quickly switches to Good Cop. During this sudden event, he learns that the Piece of Resistance is stuck to his back. Despite having the piece, Emmet is told that he will fail in his supposed mission; President Business will end the world with the Kragle. In this life or death situation, Emmet states that he is just a normal, ordinary guy, saying his friends would miss him if something happened to him. The theme is restated in the video interviews Bad Cop shows Emmet of his “friends,” all who state that he was just average and not that special. One states, “We all have something that makes us something, and Emmet is… nothing.” Emmet is rescued by Wyldstyle (voice: Elizabeth Banks), and he is dubbed The Special, but is he really?

Break into Two: Escaping the city, Emmet enters the upside-down world of Act Two, one that is different from all he has known, and one in which he is not so ordinary.

B Story: Wyldstyle becomes a romantic interest. She will inspire Emmet to find what makes him special, giving him the strength and wisdom to save the world in the A Story.

Fun & Games: Entering the Old West, Emmet realizes he’s not The Special. Wyldstyle, disappointed, teaches him about the different regions and the former freedoms they had to be different. President Business had put a stop by erecting walls and instilling order, causing many of the Master Builders to go into hiding. Telling Emmet that the Piece of Resistance can stop the Kragle, she leads him to Vitruvius.

Meanwhile, President Business reveals his plan to spray everyone with the Kragle (a worn bottle of Krazy Glue), making them look ordinary. He forces Bad Cop to test it on his parents.

In the Old West, Vitruvius learns that Emmet has seen the Man Upstairs in his vision, something truly special. Bad Cop’s men discover them, but they evade capture with the help of Batman, Wyldstyle’s boyfriend. They escape to Cloud Cuckoo Land, where strange creations roam the streets without rules, and the Master Builders take refuge.

Midpoint: Standing before the Master Builders, Vitruvius tells them of Lord Business’s plans and of their one hope: The Special. It is a victory against Lord Business, but a false one, for as Emmet takes the stage to speak, they quickly realize that he is not The Special.

Bad Guys Close In: Metal Beard storms in, telling of the impossibility of reaching Lord Business’s tower. The Bad Guys Close In as they attack Cloud Cuckoo Land, destroying it and taking the Master Builders captive. Only Emmet and his circle of new friends escape the ordeal. They come up with a plan to break into Lord Business’s tower and use the Piece of Resistance against the Kragle, but are confronted by Lord Business’s robots. Momentarily escaping, Wyldstyle confesses her hidden Bad Guys: she had wanted to be The Special and was disappointed that it could be Emmet. Emmet, however, begins to show change, as he admits that she made him feel special. The plan collapses, though, and they are caught and brought before Lord Business, who kills Vitruvius in front of them.

All Is Lost: The whiff of death is in the air not only for Vitruvius, but for all. Their plan has failed, and Lord Business throws the Piece of Resistance from the tower and prepares to release the Kragle. Emmet is hooked up to a battery and must watch the Master Builders perish before he himself dies.

Dark Night of the Soul: Vitruvius’s ghost tells a dejected Emmet that even though he had made up the prophecy, the only thing needed to be special is to believe that you are. Realizing this, Emmet sacrifices himself, jumping off the tower with the battery.

Believing Emmet has perished, Wyldstyle inspires others to be different and make whatever they think of, breaking the rules.

Break into Three: A and B Stories come together as Emmet learns that he is special, and this will help him stop Lord Business.

Finale: Emmet awakes in the real world, seeing a human boy staring down at him. He sees his world from the outside, and the boy’s father (Will Ferrell) comes downstairs and is angry with the disorder of the Lego sets. Both worlds collide and the Man Upstairs begins using the Krazy Glue to “fix” all of the “weird stuff” while overlooking the ordinary Emmet.

Watching as his friends fail, Emmet sees the Piece of Resistance on the floor, and rolls off the table to get it. The boy puts him back into his own world, and in a display of synthesis, Emmet believes that he is Special, becoming a Master Builder and confronting Lord Business.

The father watches as his son plays this out, seeing himself in Lord Business and realizing he is the villain. In another display of synthesis, the Man Upstairs and Lord Business, one and the same, listen to Emmet’s message and are transformed, realizing the error of their ways.

Final Image: As the Man Upstairs removes the Krazy Glue from the Lego pieces, he shows his transformation by telling the son that his little sister can play with the Lego sets now, too.

In Emmet’s world, this comes true as the characters face a new deadly threat: invaders from the Planet Duplon.

Save the Cat!® Podcast: The Double Bump Catalyst of Big Hero 6 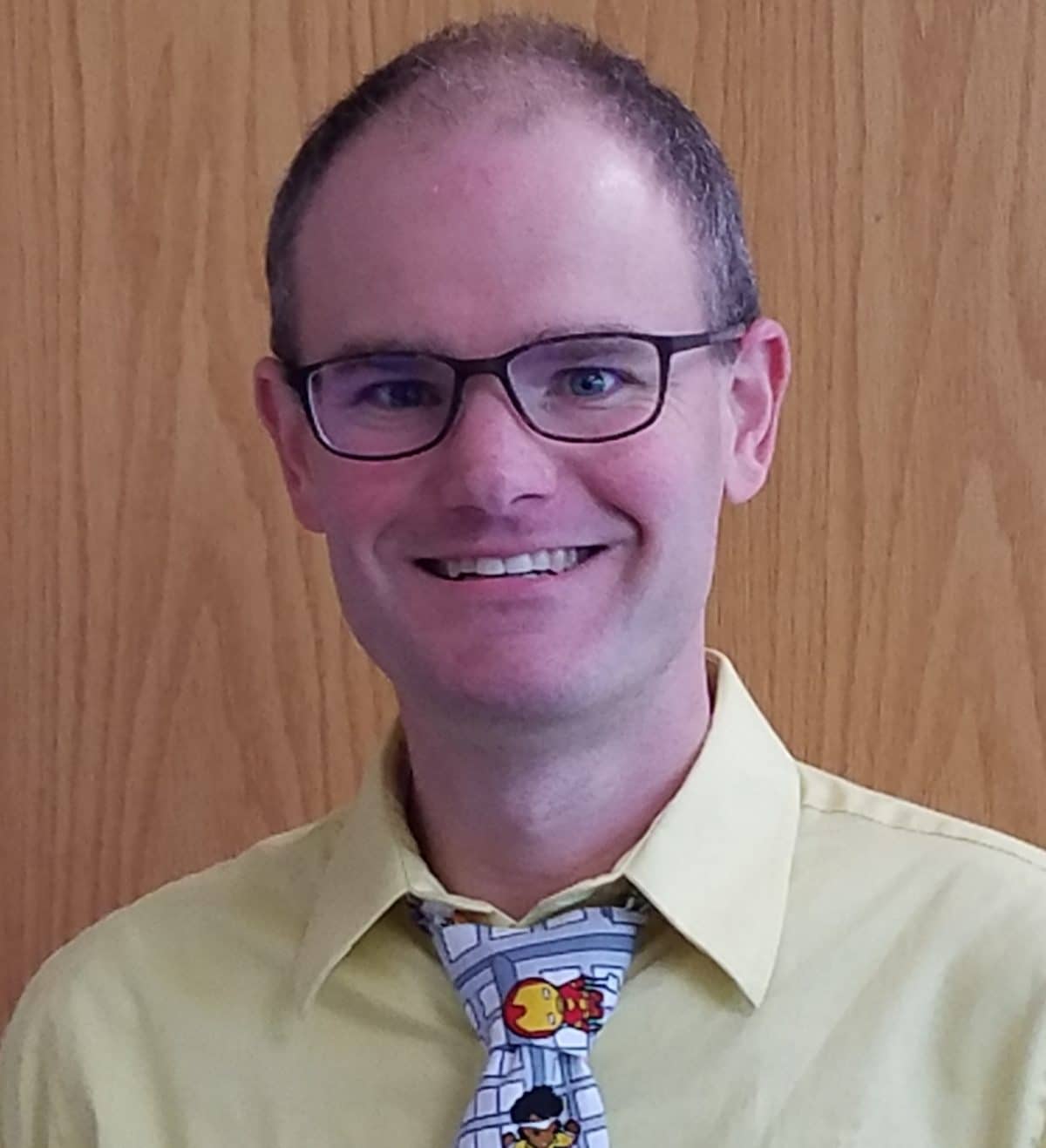