Save the Kitten: STC! and Micro-Shorts 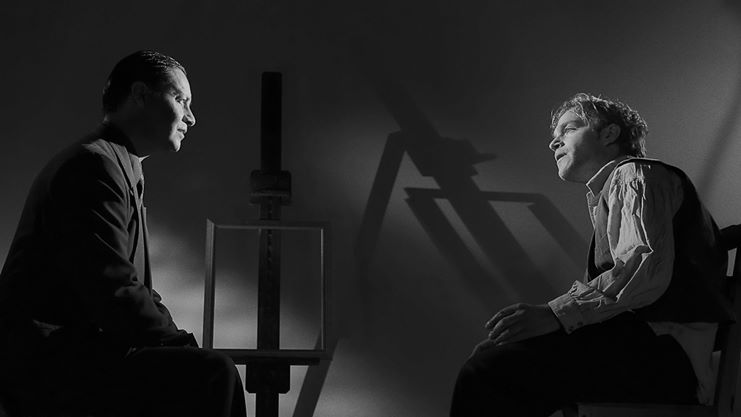 Bill Mendieta and Justin Sorvillo star in The Nevermore Chronicles, "Just One Man."

Can the Save the Cat!® process be applied to a micro-short? In a word: Yes.

The Nevermore Chronicles is my web series. Think of it as, “The Twilight Zone in 4 minutes.” Each episode is book-ended by our hostess, Alexandria Nevermore (Sara Maraffino), and has a sneaky twist or reveal that turns what you think you know about the story on its ear.

I wrote and directed “Just One Man.” The script is 3 pages–without the intro, outro, and credits, the main story runs a hair over 4 minutes long.

Writing a 4-minute show with a twist is tricky. In order for it to work, you have to jump right in. However, within our abbreviated format, I still follow most of the STC structure.

The Nevermore Chronicles – Just One Man

Opening Image: A barefooted, young man drags a chair to a noose. It’s primal, desperate, and reeks of despair.

Set-Up: This happens out of order. The Set-Up actually happens in the hostess’ intro. She allows me to present valuable clues and exposition without adding weight to the story. In this case, we’re in Vienna, 1908, at the home of a struggling artist.

Theme Stated: “Things are not always what they appear.” The Artist asks the Stranger twice, “Who are you?” The Stranger deflects the question. This also “lays pipe” for the twist/reveal.

Catalyst: This happens early–just a few lines in. The Artist discovers the unexpected visitor in his studio. The sudden arrival of the Stranger changes everything and sets the story in motion. Without this startling arrival, there would be no story.

Debate: The Artist mistakes the Stranger for a burglar and tells him to take anything, he’s not going to need it. Instead of looking for material items, the Stranger demands an explanation, all the while avoiding the question, “Who are you?” This debate section is short and is more of an acting beat. By making the Stranger enigmatic, I’ve allowed the Artist to be derailed from his suicidal goal.

Break into Two: Again, the beats are condensed. Instead of these happening pages and pages apart, they happen in the space of lines. In this case, when the Artist steps down from the chair we break into Two. The immediate threat of his suicide is eased and he is engaging the curious stranger. The Artist chooses to talk.

B Story: For brevity sake, a B Story is sacrificed.

Fun and Games: The heart of the story. After the Artist steps down from his chair, there is a brief back and forth where the Artist tells us how he got to the point of desperation. Procedurally, this is where he throws the rejection letter at the Stranger’s feet–this will be important later. This is also where the Stranger presents his confounding prediction that the Artist will lead a glorious life.

Midpoint: In an attempt to convince the Artist of his trustworthiness, the Stranger reveals that he’s an Angel. This happens at the top of the second page of the script, about 15 lines in, to give you a sense of how condensed this structure is. Once the Stranger’s nature is revealed, the Artist shifts from anger to bewilderment as he tries to understand and accept the predictions of his greatness. Physically, the Artist sits down, offering a less aggressive stance.

Bad Guys Close In / All Is Lost: When the Artist sits, he believes he might be hallucinating. The enormity of the supernatural encounter is bewildering. He begins to believe the Stranger, and the grip that the Stranger has on him tightens. The idea that an angel would try to convince him to not commit suicide is compelling.

Dark Night of the Soul: The Artist has come a long way in a few lines, but when he declares that he’s a failure, it’s his All Is Lost moment. He’s one step away from putting his head back in the noose. When he says “The world would be better off without me,” he’s retreated to that dark place. The Stranger’s “Nein” disrupts the Artist’s backward slide and gives us a clue into the Stranger’s true nature. As the Stranger struggles to regain his pleasant composure with kind words, he convinces the Artist that his future will be exceptional.

Break into Three: When the Stranger tells the Artist to “be at peace” and offers a sort of benediction, the Artist visibly relaxes. He is now on-board with the Stranger and takes down the noose. It appears that all is well, that this young Artist will go on to great things.

But all is not as it appears.

Finale: For this show, the finale has a twist. In this case, our relief is challenged by the new information that the Artist is, in fact, Adolf Hitler… and the Angel is Satan. All of the promises of the Artist’s great future has been filtered by evil. To the Devil, what Hitler did would be glorious. This revelation is meant to be startling and thought-provoking. In fact, it could be argued that Satan was never there at all, and the entire event is a hallucination by the Artist.

The Final Image: As the noose comes down and the Artist’s true identity is revealed by the discarded letter, we are reminded that all is not what it appears. 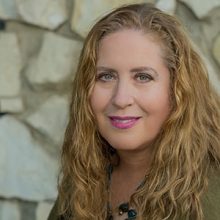 J. Elizabeth Martin, an award-winning, multi-hyphenate filmmaker living in Los Angeles, recently wrote and produced Disney Cartoon Camera, a documentary for Disney Feature Animation. Her first love, however, is short-form episodic content. Her web series, The Nevermore Chronicles can be found on YouTube. She can be found at her website or on Twitter at @jemartin.