When All Is Lost, Your Story Succeeds 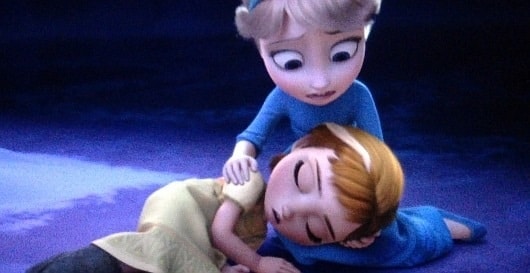 Thanks to Cory Milles for showing how the All Is Lost beat can add meaning and power to your story.

As I teach the Blake Snyder Beat Sheet, I often use clips from various movies to provide concrete examples to help my students understand. One scene I find helpful in demonstrating the All Is Lost beat is from the movie Click. In this Out of

the Bottle story, Adam Sandler’s character has used a magical television remote to navigate through his life, fast-forwarding through events that are inconvenient. Eventually, the remote’s memory function does this automatically, and his life starts speeding before his eyes, forcing him to consider missed opportunities in his desire to rise to the top at his job. Finally, as an aged man, he stands before the grave of his father. Tears in his eyes, he begs to rewind his life to the moment his father died. However, since he was not present during that moment, the remote can only take him to the last time he saw his father.

As he relives this moment, he watches his past self yell at his father, berating the elderly man for bothering him at work, and he doesn’t even hear his father’s last words to him: “I love you, son.” Adam Sandler’s character rewinds the moment several times, listening to those last words he had ignored, tears filling his eyes. It’s a great example of how the All Is Lost beat can be emotionally powerful even in a comedy.

Apparently, my middle schoolers sensed this, too, because soon a table full of students was tearing up, rushing to get the tissues. Of course, the crying soon spread, and within a few minutes I had half a class of seventh graders in tears, consoling each other. Great, I thought, any moment now, an administrator will probably walk in and this is what they will see. Of course, the sadness soon turned to laughter as everyone realized how funny we all looked. But there’s an important lesson in the experience.

The All Is Lost moment is powerful because it is primal. It reaches down into the core of our beings and takes what we fear in our lives and makes those things real. It’s that whiff of death Blake identified so masterfully. We need to see the character hurting in some way, because that is what connects with us on a primal level. That is what makes us care about how their story ends. If the Save the Cat! moment makes us want to cheer for the character, the All Is Lost beat makes us care for them at a deeper level.

As my seven-year-old daughter and I have gone to movies, she began to notice this as well. We discussed it and explained it as “the time when things are the worst for the main character.” Soon, she began picking them out herself. In Frozen, Anna is told by her prince, her supposed one true love, that no one could ever love her. He then leaves her to freeze to death. What child wouldn’t find that prospect horrifying, to be told that no one loves them? It’s a primal fear that sits in the back of everyone’s mind. Even my five-year-old son has caught on to how the beat makes us feel. After seeing a recent animated movie, he told me the part that “made him the saddest.” Of course, this was during the All Is Lost beat, and while it does not always need to be sad, it should let us see that this is the low point for the main character.

Family movies seem to tap into the All Is Lost moment well. Perhaps this is because the writers need to reach both kids and adults. But when it is done well, it is effective. In Lilo and Stitch, Stitch was beginning to find his place with his human family when he is told to get out, and he reads from “The Ugly Duckling,” realizing that he, too, is lost. For a child, it works on many levels: they understand that he is lost physically, but he is also lost at a more personal level, too. Both children and adults can identify with that.

In Brave, Merida is locked away in the castle by her father, King Fergus, as he takes a band of men to kill the bear. Only Merida knows that this is her mother, and she is powerless to stop them. The fear of a parent dying—it doesn’t get much more primal than that for a child. In The Lorax, The Onceler gains wealth and power, claiming he is unstoppable. Only when the last tree is cut down on the dark and barren landscape does he realize what he has done.

In Monsters, Inc., Sully is banished right after scaring Boo, and he faces the fact that he may never see her again to repair their relationship or to save her. In Up, Carl succeeds in his mission of getting to South America, making a promise to his deceased wife. But he realizes that it’s the person that matters, not the promise. As he reads the final message she had written in their scrap book, our primal heartstrings are pulled as we think of our own loved ones who have passed, and we consider what really mattered.

How to Train Your Dragon shows more than one relationship torn apart, as Toothless is taken from Hiccup while Hiccup’s father disowns him. How to Train Your Dragon 2 has just as much impact, if not more, from the All Is Lost beat. Having restored his relationship with his father, Hiccup watches as his father is killed by an Alpha-controlled Toothless. The moment is a shocking one for an animated movie, but it certainly makes the audience connect with Hiccup on a deeply emotional level.

Of course, the moment doesn’t have to be a tear-jerker like when E.T. dies, but it should cause the audience to have some kind of emotional response, one that will further invest them in the journey of the character, to see them through to the end. Even comedies do this.

Take, for example, the movie Liar, Liar. Jim Carrey’s character has finally won the court case using only the truth, but by being forced to tell the truth, he realizes that he was defending the wrong side. As he tells the judge that the decision

was wrong and was only won on a technicality, the judge holds him in contempt, ordering the bailiff to lock him up. All Is Lost for him because now, he cannot make it to his ex-wife’s house in time as he promised during the Midpoint. If he arrive in time, she will move away with their son, and he might not get to see him again.

In Tommy Boy, Chris Farley and David Spade have overcome setbacks and struggles to sell brake pads to save Callahan Auto and the town. As they return home in victory, they are informed that something went wrong in the computers, that orders were messed up, that customers have cancelled, and that the company cannot make the payment to the bank in time. They will have to sell the company to a competitor. Tommy had intended to save his father’s company, but in doing so, had lost it.

The Simpsons Movie features Homer arriving back at his new home in Alaska, only to find that Marge has taken the kids with her back to Springfield. Worse yet, she leaves her goodbye message to him by recording over their wedding video tape. Unless Homer learns to stop being selfless, he will have lost Marge, the only woman to ever love him unconditionally.

These moments allow the audience to connect with the character at a critical moment during his or her journey. We want to be there for them to console them, cheer them on, and see them through to the end as they learn their lesson and apply it.

In Iron Man, Tony Stark has his electromagnet ripped out of his chest and faces death until he sees the one that was made for him while he was captive in an Afghan cave, inscribed with words declaring that the object is “proof that he has a heart.” Now, at his most critical moment, the selfish billionaire must become selfless.

In King Kong, the Eighth Wonder of the World is trapped by the humans, torn from his island paradise to be paraded in front of crowds as a spectacle. We know his fate atop the Empire State Building; All is Lost for Kong at that very moment, and we feel for him emotionally.

In Real Steel, Hugh Jackman’s character has finally bonded with his estranged son, faced insurmountable odds with their boxing robot, only to be met by a former associate who comes to collect his debt. The mental and emotional pain he faces is just as bad as the physical beating he endures, as he realizes that he must part ways with his son.

In the recent remake of The Karate Kid, Mr. Han’s reason for rebuilding an old car is finally revealed as his student Dre finds him sitting in it one night, drunk. Han reveals that his wife and child died in an accident he caused due to his anger in an argument. He has long since forgotten what he and his wife were arguing about, but adds the words, “I hope it was something important.” We as the audience know it could be nothing as important as his family’s lives, but it certainly connects with us on a primal level. We feel for Han, and we feel for Dre as he begins to learn from his mentor.

In all of these films and more, it is clear that the All Is Lost beat is a crucial one. When it is weak or missing, an audience walks away knowing that something “wasn’t quite right” with the story. But when it is present, and present powerfully, it not only changes the character, but the audience as well.