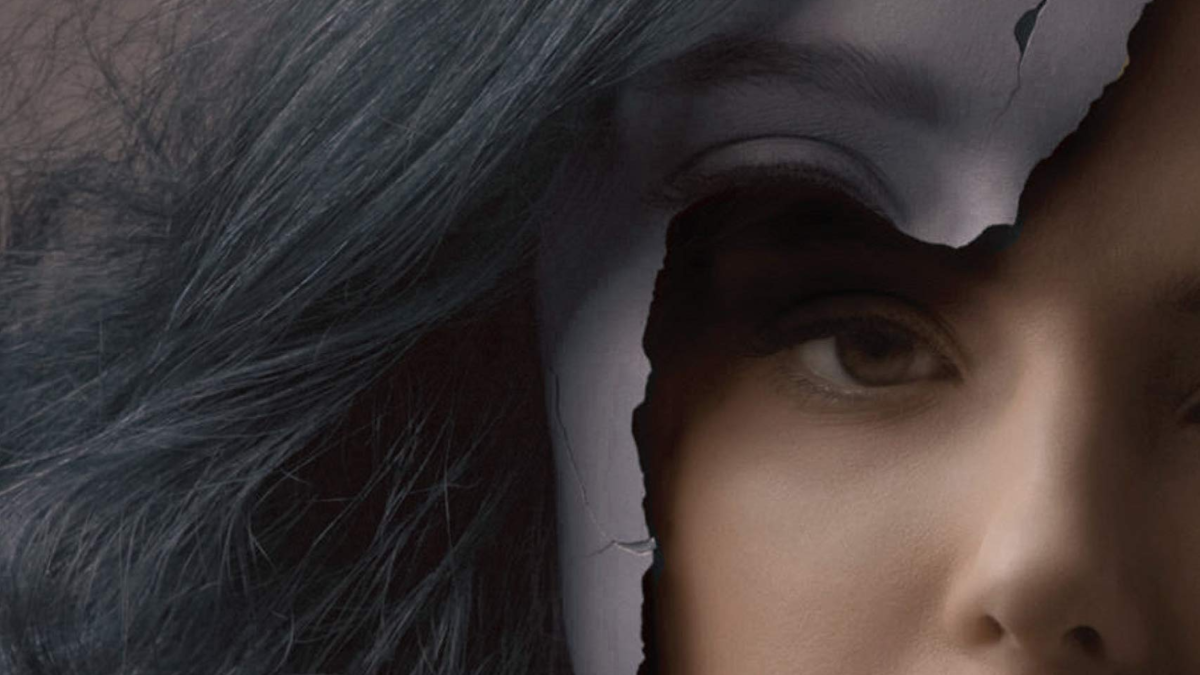 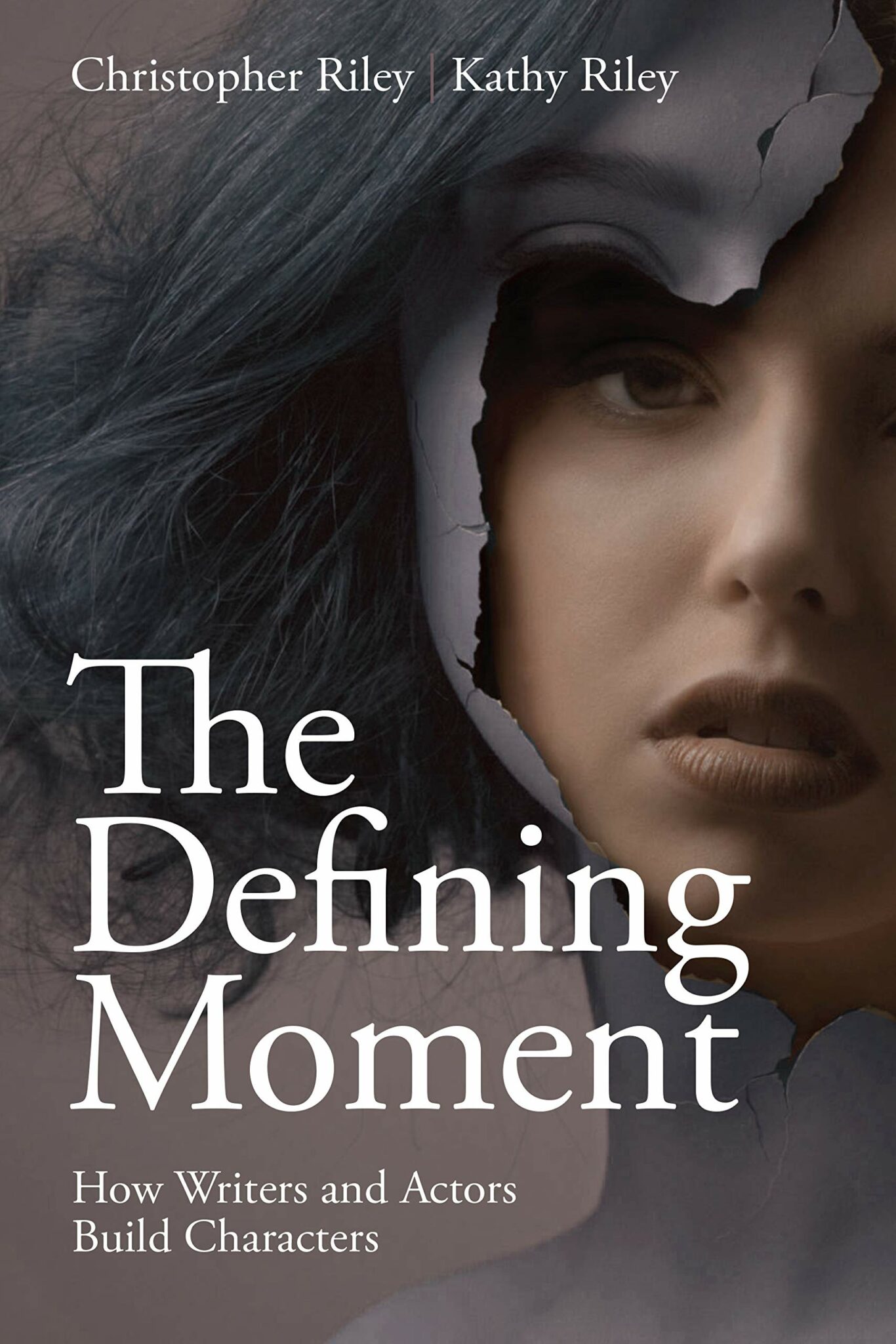 Two catastrophes struck Fred Riley almost simultaneously. First, the financial collapse of 2008 wiped out his half-century-long homebuilding career, one that had created hundreds of gorgeous, award-winning houses all over Kansas City and financed Fred and his wife Martha’s life of airplanes, boats, and frequent world travel. Second, Martha suffered a severe and debilitating stroke. In this moment of twin catastrophes, Fred’s life changed. He changed with it. A man who had run a prosperous business but never a dishwasher or laundry machine now took charge of caring for the woman who had always cared for him. He did more than oversee her medications and physical therapy appointments. He dressed her every day in the beautiful clothes she’d always worn. He styled her hair. He applied her makeup. He adorned her with jewelry. And with her speech reduced in most cases to the single, all-purpose phrase “Yes indeed!” he learned which inflection meant “Turn left here!” and which meant “Absolutely not!” He transformed from a man who worked long hours serving his own lucrative agenda to one devoted to long, tedious hours serving Martha’s needs. And to the surprise of those who knew him, he did it with patience and unflagging joy. He became a man of undeniable love.

If you met Fred Riley today—Christopher’s dad and Kathy’s father-in-law—you could scarcely be said to know him well if you knew nothing of the moment that transformed him.

Such is the importance of the life events that we have come to call defining moments.

A defining moment represents a life experience that acts as a turning point for a character. Such a moment creates a boundary between who the character was before the event and who they are after the event. This before-and-after quality provides clear evidence that we’ve located a moment that defines a character. For storytellers who work with characters—film and television writers, actors, directors, editors, playwrights, novelists, and many others—we must understand the role defining moments play in the shaping and reshaping of our characters if we hope to understand those characters at anything deeper than a superficial level.

During the decades we’ve paid attention to the phenomenon of defining moments in actual humans as well as in the most fascinating and unforgettable characters of film and literature, we’ve noticed that they fall into a dozen or so categories. Here are the top five. They’ll help you recognize or create defining moments that both form and transform your own characters. They’ll also unlock insights into the moments that have shaped you.

In the Netflix series The Queen’s Gambit, Beth Harmon, a young orphan with no prospects, discovers the game of chess. That discovery inflames her imagination and reveals her extraordinary gift for the game, and from that first moment chess dominates her thoughts and reshapes her life. One moment, chess doesn’t exist for Beth. The next moment, chess is all that exists. The discovery serves as a pivot point for her character, a springboard from her past into her future.

In the iconic gangster film The Godfather, after Marlon Brando’s Vito Corleone is gunned down by a rival mobster, his son Michael, a war hero who until now has avoided getting mixed up in the family crime business, makes a life-altering decision. He will defend his father by gunning down the rival Sollozzo and the corrupt police captain who protects him. This decision transforms Michael from a law-abiding citizen into a murderer. In making this decision, Michael start down the path that leads to him becoming the family’s next Godfather, a ruthless killer who will will ultimately order the deaths of members of his own family. Without understanding this moment, you can’t understand Michael Corleone.

Defining moment #3: a moment of birth or death

In the classic Disney film The Lion King, young Simba begins as a carefree and immature princeling who just can’t wait to be king. He resists the wise advice of his mentor. He possesses none of the character required of a true leader. He seems not to appreciate that he can only become king upon the death of his father, Mufasa. Then Mufasa dies. This death cleaves Simba’s life into before and after, sending Simba into exile, redefining his role, and requiring his transformation to meet the demands of that new role. If you met Simba when he was living off the grid with his pals Pumbaa and Timon, you wouldn’t know or understand him at more than a superficial level if you didn’t know about the death of his father.

Defining moment #2: a moment of wounding

In Peter Pan, Captain Hook suffers the loss of a hand in a moment that ever after fuels his fear of crocodiles and his animosity toward Peter. In Forrest Gump, Lt. Dan loses the use of his legs in combat in a moment that sends him into a bitter, years-long spiral. In Awakenings, a case of childhood encephalitis plunges Leonard Lowe into a state of persistent catatonia. In The Lord of the Rings, Frodo Baggins receives a stab wound on Weathertop that nearly kills him and never fully heals. In Blood Diamond, a young boy named Dia Vandy is kidnapped from his home in West Africa and forced to become a child soldier and commit atrocities on behalf of a rebel army, thereby suffering profound moral and psychological damage. In the Batman stories, young Bruce Wayne undergoes the trauma of seeing his parents murdered and is haunted by that grievous wound as he transforms into a crime-fighting vigilante.

Storytellers know well the importance of tracking a character’s inner journey of growth. We ask ourselves how a character is broken at the beginning of a story and how they need to grow and change in order to reach the story’s end. But rather than receive these wounded characters already broken from the factory, we do well to ask ourselves some additional questions: How did the character get to be this way? What happened to them? What is the moment they suffered their wound? From these questions flow answers that deepen and enrich our understanding of our characters.

Defining moment #1: a moment of healing or growth

Before the end of Forrest Gump, the embittered Lt. Dan heals inwardly and breaks out of his downward spiral, as evidenced by his relationship with his new bride. He also receives prosthetic legs and regains his ability to walk, further evidence of his growth. Awakenings tells the story of Leonard Lowe’s brief emergence from decades of catatonia to form a transformative friendship with his doctor, a fleeting and bittersweet moment of healing not only for Leonard and many of his fellow patients, but also for their physicians and caregivers. In Blood Diamond, the child soldier Dia Vandy is found by his determined father and responds to his father’s relentless and unconditional welcome back into his family’s embrace. As sunrises follow sunsets, moments of healing often follow moments of wounding, defining moments that can appear in pairs, providing shape and definition for a character’s journey of transformation.

The source of defining moments

Where do writers, actors and directors find the raw material for such moments? We suggest that they look to their own life experiences. We believe that before we can tell our character’s story, we have to understand our own. And so we reflect on our own lives looking for moments of life-changing discovery, of life-changing decisions, of births and deaths, of wounding and healing. When we find those moments, we describe them in writing like small scenes. This is gutsy, emotional work. But once it’s done, we can draw from our understanding of how we ourselves have been transformed to shape authentic moments of transformation for our characters. We invite you to do the same. You will gain power to shape your own characters with depth, drive, complexity, and humanity to rise lifelike and endlessly fascinating from the page.

Check out The Defining Moment on Amazon>> 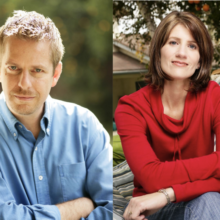 Christopher and Kathy Riley are the authors of The Defining Moment: How Writers and Actors Build Characters. As screenwriters, they’ve written for Touchstone Pictures, Paramount Pictures, Mandalay Television Pictures, the late Sean Connery’s Fountainbridge Films, Helkon Media, and others. Christopher is the author of the classic screenplay format reference The Hollywood Standard and a founding partner of Story Masters Film Academy. The authors can be reached through their website.