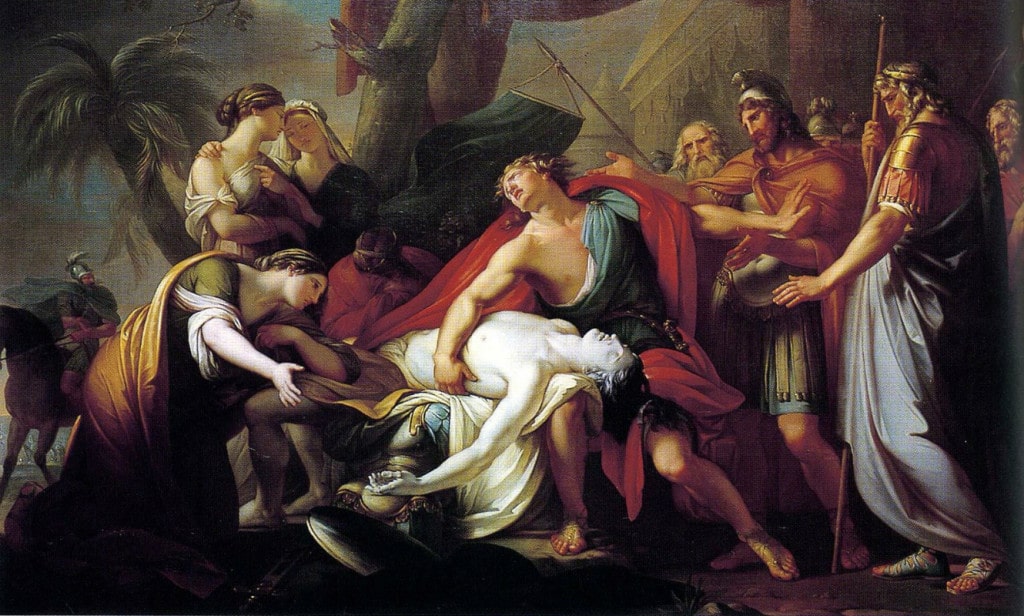 This post is the sixth of a 10-installment series, Save the Cat!® Goes Mythical, in which Master Cat! Salva Rubio, author of Save the Cat!® Goes to the Indies, shows the connection between Blake Snyder’s 10 Genres and some of the strongest storytelling examples ever: the Greek Myths.

One of the greatest thrills in life is to find a soulmate, be it a friend, a teacher, or a lover, and the funny thing is that—although in our dreams we believe that those “other halves” we’ll meet along the way will be quite similar to us—ironically most of them will be incredibly different. And that’s a good thing, because it forces us to evolve.

Buddy Love is one of Blake’s most prescient genres, as standalone stories (romcoms or romantic dramas, for example) or as secondary plots in many other films. They all have the same three components. First, an incomplete hero, a main character who badly needs to change, but doesn’t know how. Then, a counterpart, usually a very different individual who will force the hero to get out of his or her comfort zone. And lastly, a complication, that is, something that keeps them together and apart at the same time, bringing tension and transcendence to the relationship.

There might not be a more famous friendship in Greek mythology than that of Achilles and Patroclus. The first of them is our incomplete hero: a young, reckless, abrasive warrior, too arrogant and callous to others. Enter his counterpart, Patroclus: an older mentor, also a warrior, but so kind, caring, patient, and loving that they couldn’t be more different!

The complication is the epic Trojan war, a seemingly endless siege which forces them to be together, as soldiers, but keeps them apart because of rank and duty. Their meaningful relationship makes Achilles a better, kinder, more humane buddy… until Patroclus is killed in battle and Achilles swears to avenge him, even if he dies trying. We don’t want to spoil the ending, but since Greek myths are usually tragic, you can figure out the rest, or better yet, read Homer’s Iliad!

Friends, mentors, lovers, family: there’s an unexpected being waiting to become part of your lives who will change you—and believe me, that person will be different from anyone you expect.

About the Beats, News, Novel Writing

The Save the Cat!® Storytelling Webinar - Recordings Available