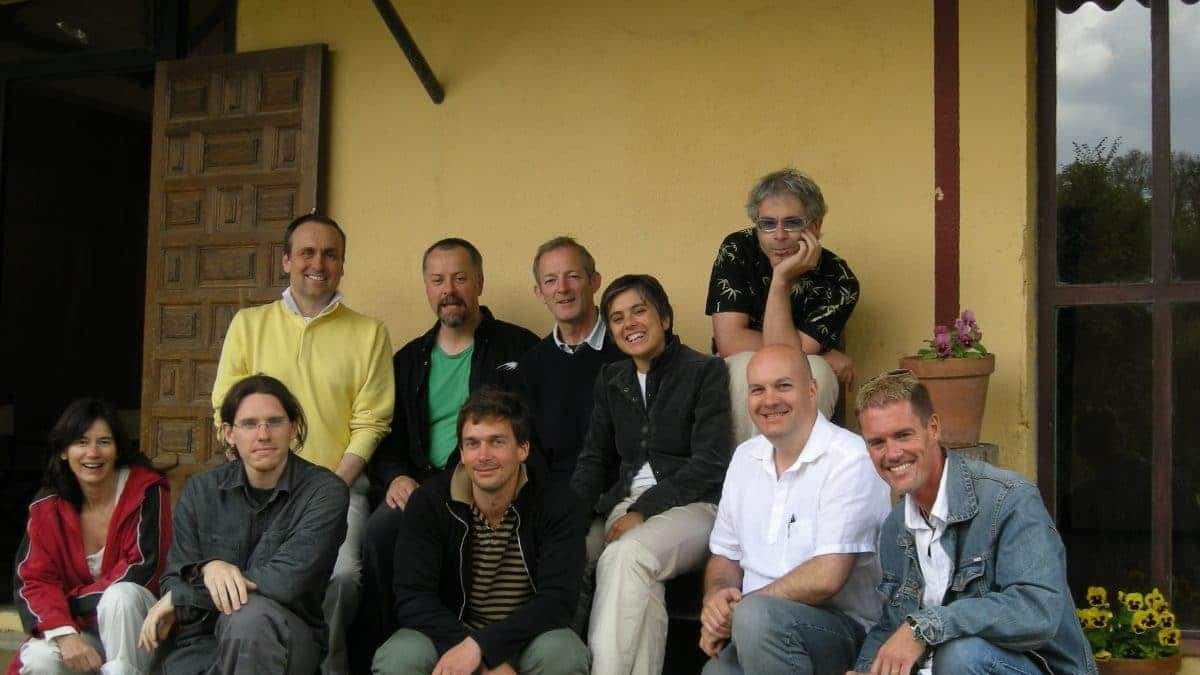 Naomi Beaty gets down to the basics with Salva Rubio, author of Save the Cat!® Goes to the Indies, discussing his working with Blake Snyder, what he learned writing the book (which Naomi helped edit) and his favorite beat sheets.

Naomi: How did you originally cross paths with Blake?

Salva: It all started about 10 years ago. I was seriously considering becoming a professional screenwriter so I was reading just about every book published in the US on the subject. Many were good, but seemed too arcane, technical or academic. Then I found a book called Save the Cat!… and it changed everything!

Blake’s book was absolutely pivotal for me: crystal clear, well-organized, filled with great ideas, funny and above all, easy to learn. It was a game-changer for my career expectations, a tremendous leap in my learning, and it made a difference on how people received my work.

Around that time, by chance I saw on Blake’s website that he was about to teach one of his seminars (the “40-beats” one, if I remember correctly) near Barcelona, of all places… so I had to attend!

We spent a wonderful week there, fulfilling the apparently impossible task of beating a whole movie in a few days! It gave me an incredible amount of trust in my work, my technique and the possibilities of the STC! principles.

Besides, I met an incredibly generous man, sincere and filled with candor, who basically changed my life with his knowledge and “discipline, focus and positive energy” motto. After that, we kept in touch by email, exchanging ideas until his untimely passing.

Naomi: What is your screenwriting and filmmaking background?

Salva: Education-wise, first I studied Arts History at University, where I researched a great deal about cinema. That was the starting point! Then I started working for a production company in Madrid, which also distributed and exhibited European and independent cinema.

Many foreign scripts arrived to be considered for co-production, so I was fortunate enough to read scripts by David Cronenberg, Larry Clark, Eric Rohmer, Gus Van Sant, Walter Salles, Jane Campion, Amos Gitai, Marjane Satrapi, Christopher Hampton, the Coen Brothers, Michael Haneke and a long etcetera. You can imagine how much one can learn from reading those!

Afterwards I got a Master’s Degree in Cinema and TV Screenwriting and felt ready to hit the market with my first script, a culinary comedy. It was a finalist in the Julio Alejandro Award (basically the most important screenwriting contest in Spanish worldwide) and since then it has been optioned twice, so maybe it could still end up as a film. Time will tell!

During that time I was hired to co-write three more international films, one of which will premiere this year, an animation feature. Then I focused for a time on novel writing, essay and graphic novels (formats which fit the STC! method just as well) and recently I wrote another comedy script, of which I am happy to say that within a week of finishing it I have already received an offer for an option! It’s great news, but as writers know, it’s too soon to say if the deal will be done (fingers crossed and wish me luck!).

Naomi: What prompted you to create this book, the latest addition to the Save the Cat! series?

Salva: As I was saying, part of my job for basically a decade was analyzing independent and European scripts. As many people, I considered them a “different” kind of cinema, as they look and feel so different from Hollywood films, don’t they — even though some of them may become worldwide successes and international sensations like The Full Monty, The Blair Witch Project, Little Miss Sunshine, Her, Lost in Translation, The King’s Speech, Cinema Paradiso…

So when I started reading some of the scripts I was given, I realized that many of them had an absolutely classic structure. And even if a couple of years later, when seeing the resulting movie, the visual feel, the tone, production or acting was “Indie or European,” the classic script was still there, conforming to the STC! principles, as all good stories do. Applying the method to my work and to my writing, I discovered that you can keep both: the Indie look, feel, themes and style along with the great writing that can make a film a success.

To show it, I analyzed for the STC! blog a then-recent success, Amour by Michael Haneke, which had been awarded an Oscar® for Best Foreign Film… and the feedback was very positive. So I asked myself: why not take this idea to the next level? I made a proposal to BJ, and he was enthusiastic about it! After a couple of years of hard work, the book is finally here!

Naomi: Did you learn or discover anything in the writing of this book that surprised you? 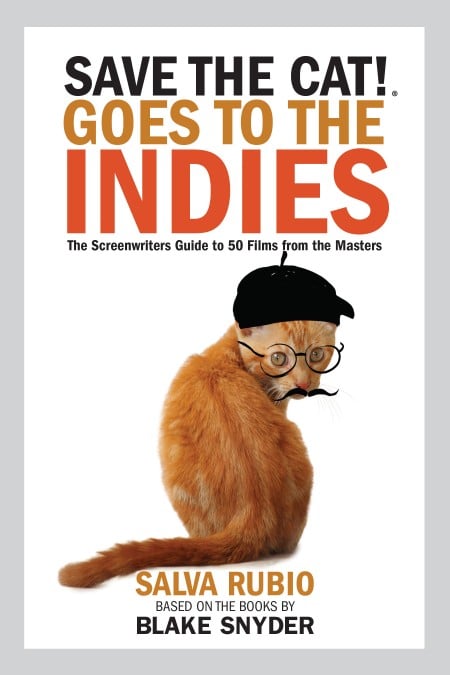 Salva: The main thing I learned is how flexible Blake’s Beat Sheet and Genres are. I was confronted with analyzing 50 films, some of which seem to defy structure and genre conventions, but I was convinced that if they had been successful, they should fit these tools. And even I was surprised to see the pieces fall so neatly in place!

Also, it really surprised me how films which are famous for being so groundbreaking are classical in their structure. I remember especially Lars von Trier’s Dogville and Iñárritu’s Birdman, which on a first viewing look so un-beat-able, but they fit perfectly!

Naomi: From your research watching and breaking down all of the Indie movies for the book, did you have any new insights or revelations about structure and/or the STC! principles?

Salva: Yes! I clearly remember thinking that the greatest challenge of the book would be to fit every third act of those 50 films into that useful tool… Blake’s 5-point finale. I thought that, as Indie films are supposed to challenge convention, this could be really tough! But to my surprise, it was one of the easiest beats to analyze. Every writer and filmmaker really nailed the Finale when writing those great films.

Also, I was surprised how Indie, European, auteur and cult films cross genres with such ease. While Hollywood films tend to stay in one-genre territory (sometimes making them flat and uninspiring), the flexibility of Indie films makes them more prone to genre-bending techniques, which results in richer, more complex plots, character motivations and overall richness.

Naomi: What was your favorite beat sheet to write?

Salva: This is the toughest question! I was so lucky to analyze many of my favorite films, so I can’t choose just one! I will mention some whose clever construction really overcame my expectations, like The Lives of Others, Blue Valentine and Being John Malkovich, which play with dual/parallel Beat Sheets, or of course Reservoir Dogs and Pulp Fiction which do the same with non-linear narrative… the latter having no less than three beat sheets happening at the same time, in a really simple but effective way!

Naomi: What was the most difficult movie to break down?

Salva: I’d rephrase this question into “Which did you think would be the most difficult movie to break down?” since all of them fit really well when I tried. But if I had to choose, I’d say Ken Loach’s Kes because of its longer Act 2, but once I figured it out it was as easy as the rest.

Naomi: And now that the book is done, what’s next for you? What are you working on? 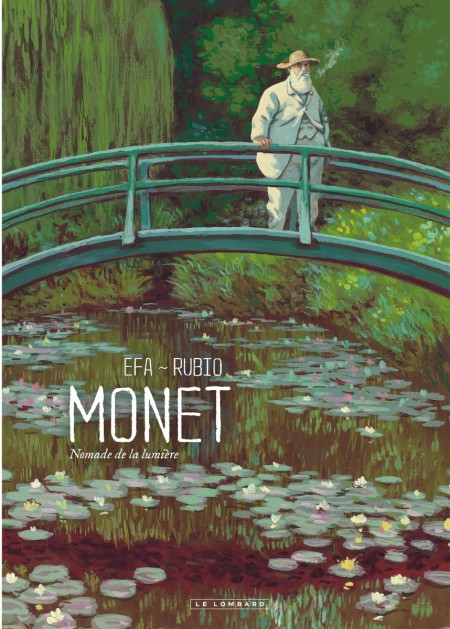 Salva: I have just released a graphic novel in France titled Monet, Nomade de la Lumière with penciller Ricard Efa, which I expect to be published in the US this year, and another graphic novel with penciller Pedro J. Colombo, The Photographer of Mauthausen, will be out in September in Europe. I have also sold two more graphic novels to major French publishers, a field which allows me to work on historical scripts, a favorite genre of mine.

Also, I am writing a new novel, which should be finished soon and published next year if other commissions allow for it, and there is the aforementioned possible film option!

I also teach narrative, screenwriting and graphic novel-writing in a few schools. During the summer I hope to start writing an essay and in the meantime I’ll work on other film and book proposals, even maybe another film theory book… and of course at some point I expect to visit the USA to meet the STC! readers!!