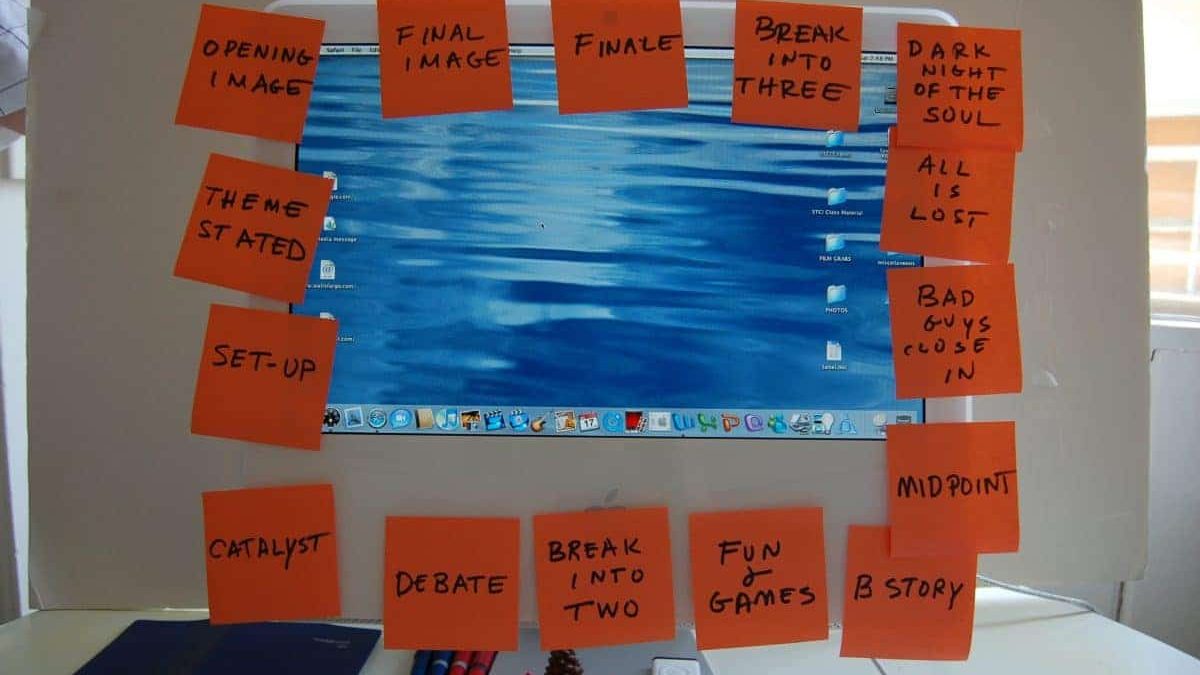 Blake's iMac - dressed for a 2008 photoshoot

Maybe you’re old enough to remember the disco era. Platform shoes, bellbottoms, don’t touch the hair. Vicki Sue Robinson had this great number called “Turn the Beat Around” that, if you’re too young to recall it in that incarnation, you may know from the Gloria Estefan cover that came later. Doesn’t matter. What matters is, you’re a screenwriter and you’re doing a beat sheet for your script. But you should do what Vicki Sue says and turn that beat around, turn it upside-down.

Here’s what I mean. I recently worked with some writers on a beat sheet for a feature they were writing. I read through their well-written and detailed beats – they seemed strong and well thought-out. But after reading it, I was left with a simple question: What’s the tone of this movie? Is this more drama or thriller?

When they said they were hoping it would be a thriller, the percussion started rat-a-tatting in the recesses of my brain matter. The Finale beat they had outlined was strong, but it would make the script better if they turned the beat around and moved it to the Midpoint.

This is another key to unlocking the beats. Making your All Is Lost your Midpoint challenges you to go into the story and answer the question: Where can we go from here?

The beat sheet can be a tool for outlining but it should also be a test for your story and a testament to your ability to challenge yourself to go further.

We worked with this idea – moving the Finale to the Midpoint – for a while, coming up with a new second half of the story that sparked some interesting ideas for the main character and her journey. But we weren’t done turning the beats around as it soon became apparent that this Midpoint would be a better Catalyst.

Within the space of a couple of hours of discussion and dissection, we found that the ending of the story was really the beginning. Turn it upside-down, like Vicki Sue sang.

Now all the ideas that we’d come up with for the second half of the story helped forge even newer, stronger ideas. Taking that big reveal we’d been holding onto for the Finale and making it the Catalyst was just the injection we needed to turn this into a really tense thriller with a strong hook.

The beauty of this is that it’s all happening at the beat-sheet stage, early in the process, allowing for these kinds of big changes without too much bloodshed.

Ask yourself: Is this the strongest version of this story I can tell? Can I boost things up and spur myself to take the story further?

So when you’re plotting your beats on the light-up dance floor of your mind, try this move. If it has a nice beat and you can dance to it, you’re on the right track.