How the Story of a Childhood Became an Acclaimed Novel 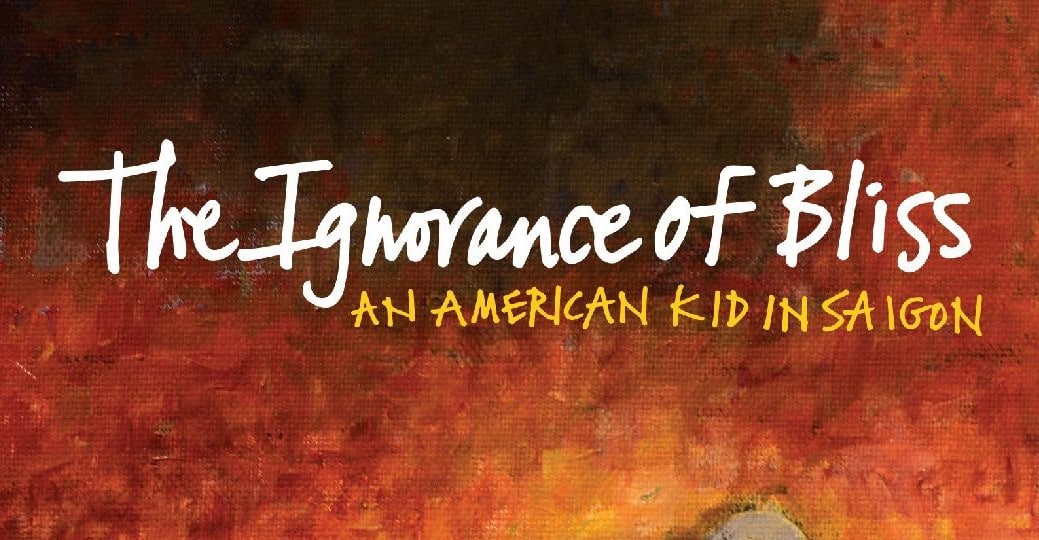 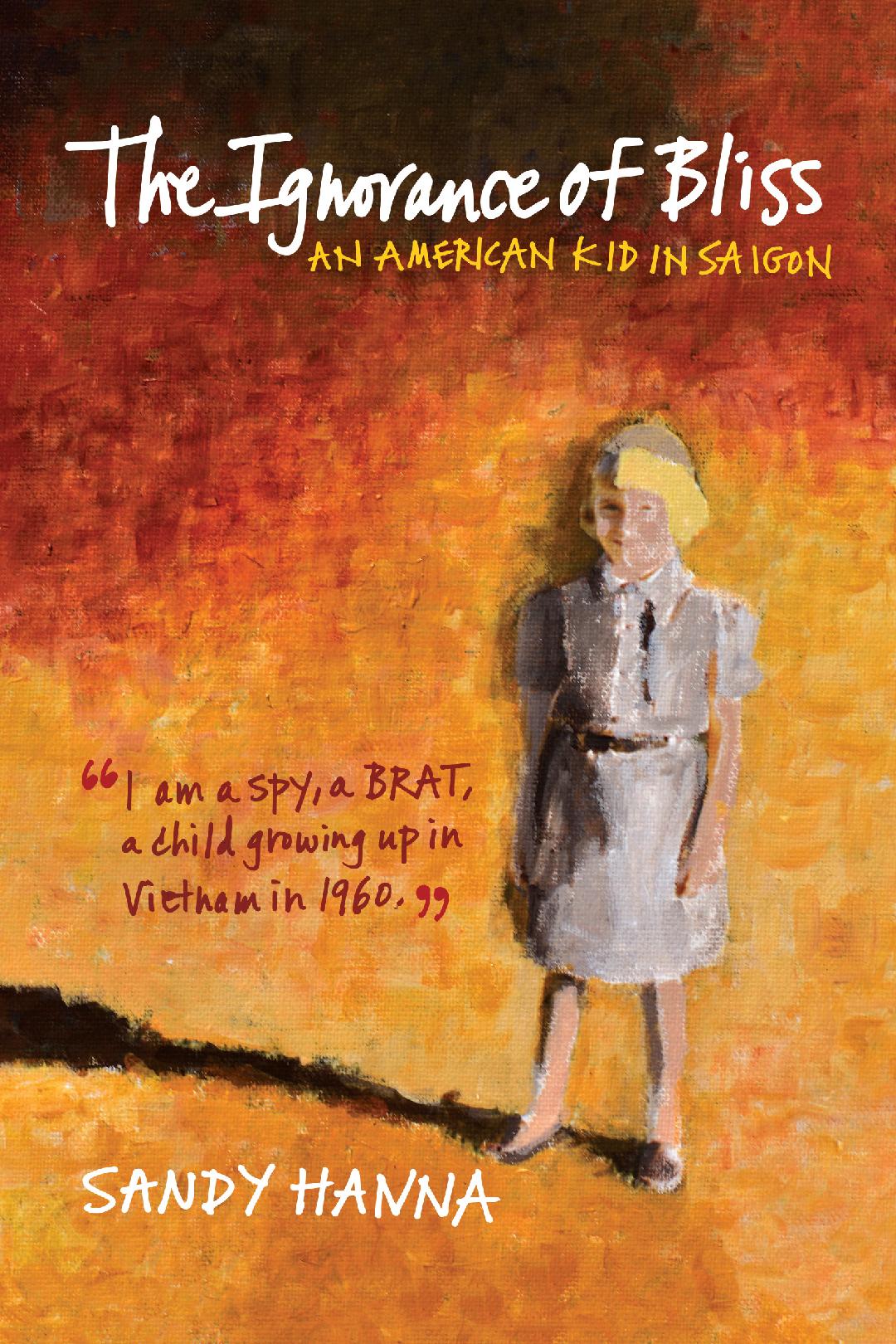 I should probably start my story at the beginning of how I came to use Save the Cat!®: The Last Book On Screenwriting You’ll Ever Need in writing my coming-of-age memoir, The Ignorance of Bliss: An American Kid in Saigon.

Whenever I visited my parents in Elizabethtown, Kentucky, after their retirement from the military and then civilian work life, my father, the Colonel, would suddenly descend into their basement to bring back with him something he valued from a stash my siblings and I could never find. He had been General George Patton’s Ordnance Officer in World War II and some of the items he’d present us with were very unusual, such as a large format with a 4 x 5 inch negative showing the image of a figure standing by a river.

When asked about it, he’d say, “They asked Old Georgie, General Patton, what he was going to do when he got to the Rhine and he said, gentlemen, I’m going to piss in it.” These were the stories he had regaled my siblings and I with throughout our lives.

It would be on one of these parental visits that he presented me with a faded military folder filled with nearly transparent onion skin paper and government documents. Writing in pale blue ink filled every page. It had been hidden by the Colonel for decades in his undisclosed stash.

As he pulled the fragile paper from the folder, he asked me if I remembered Colonel Sam, his South Vietnamese counterpart who we knew when we lived as a family in Saigon, Vietnam, in the early 60s. The Colonel had been Chief of Ordnance then with Military Aid Advisory Group (MAAG). This was during a time before the complete unraveling of this small Asian country. My mother, siblings, and I had been allowed to go to Southeast Asia on this assignment with the Colonel.

When he surfaced from the basement during this visit, he told me I needed to tell Sam’s story and what really went on in Vietnam during those early years before the situation became untenable and the United States entered into a war. He was now 86 years old and decades had passed since our time there. When I asked him why now, his response was, “If you don’t understand history, you are destined to repeat it and we are doing it again in the Middle East.”

I said, “OK, do you want this to be an accurate documentary?” He laughed and told me he wanted a compelling story instead. He said, “People don’t want to talk about this time in history and really learn how we had gotten drawn into this unfortunate conflict.” As far as he was concerned, I needed to find a way to tell a story that would draw the reader in. I was now under orders by the Colonel to write a book with a compelling story that would also educate the reader.

For years I mulled over the assignment, making various attempts at putting the story together, one that I thought could draw the reader into a topic so few were willing to address. The reality of Vietnam wasn’t something people embraced and in most cases their knowledge only dealt with the actual battles and the unrest that took place in America. Mine was a different story than that—it embraced a culture, a history little known to most Americans of a regime that was not pro-American, that of President Diem and his family, and the reality of children, BRATs, who follow their military families into unstable countries.

It wouldn’t be until I had purchased and read through Save the Cat! that I finally was able to put together a structure for my childhood story. My plan was to write a screenplay, not necessarily a novel, but to get to that it seemed to me I needed to write the whole story, so I did. I wanted to blend my favorite approaches to coming-of-age stories from To Kill a Mockingbird and The Great Santini with the movie drama of The Year of Living Dangerously.

I am a visual person and I write in that manner so I can see in my mind’s eye a movie in words. Save the Cat! gave me the three-part process to help me organize the many substories that eventually made up my memoir. These had been collected by me for years and were more like short stories than a novel. The beginning had to be something that would grab the reader, so I started with my siblings and I surviving a coup that we went to thinking it was a military parade. Four-hundred people got shot around us. The middle I would use to fill in the story with the background and characters referred to in Save the Cat! as “Fun and Games,” and then a resolution to what created the drama in the beginning.

My photographer husband had an artist-in-residence assignment in Western Greece for 59 days at a resort named Costa Navarino and I was invited to join him. I did so for the last 35 days. I had taken Save the Cat! and a lot of sticky notes with me for the trip. I basically stayed in the resort’s assigned room for nearly the entire time, venturing out mainly for meals. On each sticky note I wrote the actions that would fall under each part of the three-part structure. The walls of the room were filled as I moved the notes around to be sure I had gotten it right. It was from here I now assembled the bits and pieces I’d written over the years to create the final story that became The Ignorance of Bliss: An American Kid in Saigon.

I wanted this story, now a full-fledged memoir, to be one that could easily be transitioned to a movie script, thus sticking to the three-part screenplay structure. It is this process I am revisiting now. Getting the many positive five-star reviews for the book has encouraged me to move on with this task. It has given me the confidence that the structure I used worked and resonated with my readers.

I couldn’t have gotten to this point without Save the Cat! Its simplistic, no-nonsense approach was so easy to understand and to apply. I invite you to read The Ignorance of Bliss: An American Kid in Saigon. Pay attention to how I have organized the chapters, the story flow, and you will see the structure detailed in Save the Cat! realized. I will once again be pulling my copy of Blake Snyder’s book out, but this time to work on the screenplay. I’ll be writing new sticky notes to put on the walls. 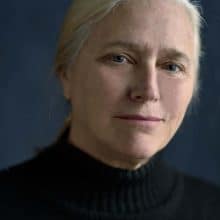 Sandy Hanna is a BRAT—a British Regiment Attached Transfer—the daughter of a military officer and part of a feral tribe known as “Saigon Kids” who lived in Vietnam from 1960 to 1962. This tribe is made up of children whose parents were part of the military, CIA, US AID, State Department and private contractors. Sandy, whose educational background is in child development and the biology of cognition, is also an educator and designer of experiential play environments for children, including the Sesame Place Theme Park, adventure playgrounds for the US Department of Housing and Urban Development, Head Start indoor play spaces, and several Children's Museums. The Ignorance of Bliss: An American Kid in Saigon, published in January 2019, is Sandy's first novel and is based on her life as a 10 year-old in Saigon in the 1960s. Her website is www.sandyhanna.net.
View Calendar