A Safe Place: When Movies Mattered 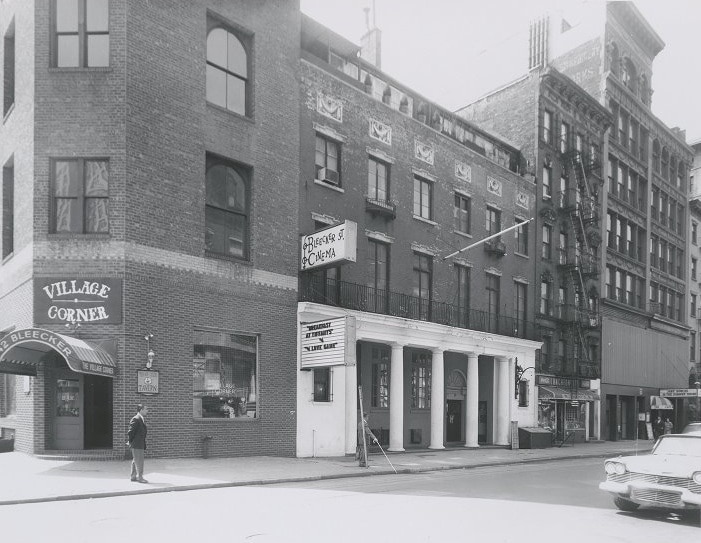 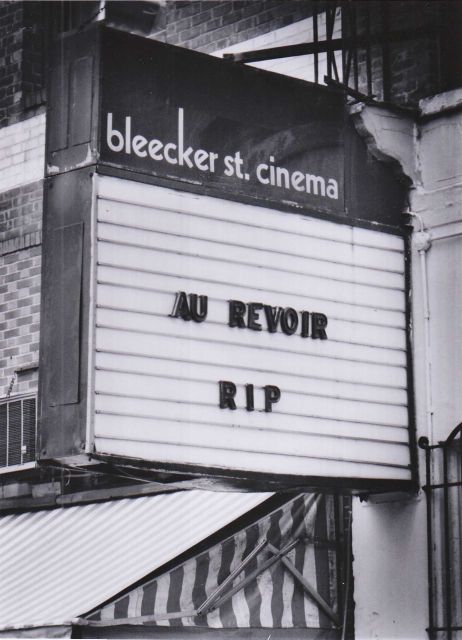 With this week’s announced demise of Manhattan’s Paris Theatre, we wanted to repost this blog. I wrote this piece over 40 years ago, in the early ’70s — just for myself. It was never published until we posted it on this site on July 27, 2012, after the murders in the Aurora, Colorado movie theater. Blake and I shared the feeling that we can go into the theater to be entertained, to laugh, to be inspired… and to be safe. Here’s how I felt about that community once upon a time. Hope it resonates all these decades — and events — later.

If you have to come to New York City to study the movies, what better place to start than the Bleecker Street Cinema? Sit in the back row, falling plaster from the ceiling a constant threat, and watch the history of Cinema pass by a week at a time. Every Wednesday an all-time great: the first comedy, the first documentary, the first epic. Study that camera angle. Follow that pan. This was reel life in that dank little theater. Chaplin in the first row, DeMille on the aisle, Von Stroheim in the projection booth, and you… together at last on Bleecker Street.

The Bleecker Street Cinema is all but dead now. It Happened in Hollywood had been playing weekends only for the last few months (the sign on the door read: “Singles $4.00, Couples $7.00 — Couples of the Same Sex Must Kiss in Front of the Cashier”). The marquee has been empty for the last two weeks. Only on Tuesdays does the place come alive, when Sri Chinmoy rents the hall to preach. Across the street, at the Bitter End, Tuesday is Amateur Talent Night. Agents haunt the club scouting raw talent. Apparently Sri Chinmoy has already been discovered.

On Fourteenth, between Second and Third Avenues, the old Metropolitan Theater grinds out 90 minutes of dirties ten times a day. On the boards where the teenage Phil Silvers sang, and Gracie Allen and George Burns pattered, there’s now a soiled semi-silver screen hung crooked, with a Rheingold beer can at its base.

In the lobby, the popcorn machine has been shoved into a cobwebbed corner. Its glass casing, partially shattered, reads “PO///RN.”

Before long there may be no need for a Bleecker Street Cinema or even a Metropolitan on Fourteenth Street. Thanks to the magic of pay television, you will be able to stay home and get your fill of first-run films.

Whatever progress brings, I will never forget the real thrill of that palace — the Movie Theater — with delicate angels carved on the ceiling, crystal chandeliers glistening over velvety red carpets, majestic marble columns reaching to the heavens.

Even now, with those same theaters hollowed out (their chandeliers auctioned to restaurateurs) and divided into numbered cement-block modules, the thrill survives. For the characterless filmhouses that have taken over still have the essence even without the shell: the moving picture on that screen down front.

You can lose yourself in that picture. You can change identities on that screen. You can rediscover old yearnings, long forgotten, or recognize something new that shocks you with its undeniable fury.

You can feel if you let yourself.

And I don’t know if you’ll be able to do that on the tiny tube at home. But why leave the house when you don’t have to? So remember these movie days. Remember the Bleecker Streets, the Metropolitans, and those glorious chandeliered halls. Before long, their fading memories might even be joined by today’s stern cement boxes, all enhanced in dreams of nostalgia and the days when life — outside the comforts of our home — offered so much more.

Because we were together. And movies were larger than life.

How Do You Choose Your Story's Genre?