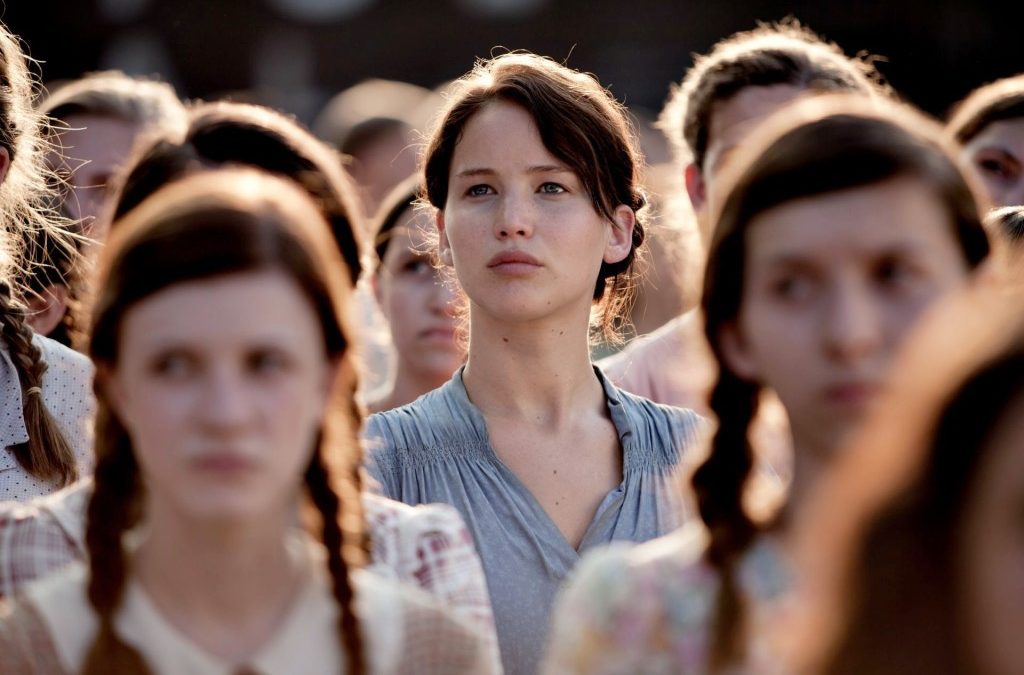 Our thanks to Sean Carlin (bio below) for this captivating blog about Blake’s genres, story, and switching narrative models in a series.

You sensed it right from the start:  The familiar plot machinations of The Hunger Games series weren’t there to comfort us (in their perversely dystopian way) in the latest theatrical entry, Mockingjay, Part 1. The world and characters were the same, sure, yet we found ourselves, like the protagonist herself, immediately disoriented in this third go-round; nothing about this adventure, for us or for her, could be deemed business as usual.

I’ve written a great deal on my blog about how indispensable I find Blake Snyder’s 10 story models; the Hunger Games series, a powerhouse big-studio franchise if ever there was one, provides an object lesson in two distinct types of Save the Cat! genres. In The Hunger Games, Katniss Everdeen is no one special—just one of the tired, poor, huddled masses, foraging to survive in a world bereft of resources, who finds herself thrown into the life-or-death arena of the Hunger Games.  This is a classic Dude with a Problem paradigm (specifically, an “Epic Problem”). Though her profile has been raised at the start of the first sequel, Catching Fire, she is still very much the innocent hero focused once again on the task of day-to-day survival:  not scavenging for food on the restricted outskirts of her district in this instance, but as a compliant performer in the Capitol’s carefully orchestrated PR tour. And, as before, she finds her status quo disrupted when she is unexpectedly enlisted as a contestant in an unprecedented “all-star” Hunger Games tournament.

A NEW GAME WITH NEW SET OF “RULES”
None of those story conventions, however, apply to Mockingjay: no innocent hero caught unawares by a sudden event, and the situation itself is hardly do-or-die, as Katniss spends most of the movie sheltered in the rebels’ subterranean bunker or participating in propaganda videos.

So, what, then, are the narrative criteria upon which Mockingjay’s story is predicated?

Any idea what kind of narrative we’ve got here?

The Hunger Games:  Mockingjay, Part 1 is a Superhero story. The trials that Katniss endured as a meager “dude with a problem” in the first two installments vaulted her to the status of “superhero.” “It’s not easy being special” is how Blake Snyder sums up this genre:  Much like Harry Potter and The Matrix’s Neo, Katniss is regarded by her peers with awe and reverence, prompting slack-jawed stares and whispers of disbelief when she walks into a crowded room. She has a costume that has been deliberately designed for maximum utilitarian efficiency and symbolic impact. She has a signature weapon. She has an emblem. She is, by every Save the Cat! metric, a “Fantasy Superhero,” and The Hunger Games and Catching Fire serve as her retroactive origin story.

Switching narrative models mid-franchise can be a tricky move, as you risk alienating an audience that is ostensibly “coming back for more of the same,” but it can also be an invaluable strategy to recharge a series when (or ideally before) predictability sets in. The producers of First Blood understood that Rambo wouldn’t thrive in a perennial Dude with a Problem scenario, and restructured the series accordingly to continue as a durable Golden Fleece; perhaps the filmmakers of Die Hard would’ve been wise to learn from Rambo’s example before running their franchise aground creatively.  The Star Wars and Bourne movies, to cite two popular ongoing franchises, have confronted the hazard of creative stagnation by refusing to adhere to the same story template every time out (feel free to take some educated guesses as to which models the various installments have employed in the comments below). Changing up your genre, as those antecedents illustrate, is a powerful way to create sequels that keep you, your protagonist, and your audience on their toes.

BEWARE THE MISAPPLICATION OF TECHNIQUE
Friendly word of warning:  Don’t mix genres in the course of a single story. That isn’t a rule, merely a concession that different story types carry with them correspondingly different audience expectations, and viewers will be perturbed if you conflate conventions by attempting to “serve two masters” in one narrative. Look no further than a pair of bombs from last winter: 47 Ronin, which starts out as an Institutionalized before taking an abrupt left turn into Golden Fleece territory, and Winter’s Tale, which sets up an old-fashioned Buddy Love romance only to jarringly switch gears midway into a Superhero story. There’s a reason why audiences rejected those movies: Both set up one set of expectations and then delivered on another. By all means, subvert conventions—but don’t defy them; the former creates surprise whereas the latter fosters confusion. Keep the narrative at hand focused, and use Blake Snyder’s tools to help you do that.

A subsequent story in a series, however, acts as a sort of “reset” button that offers, to some extent, a blank slate (so long as you don’t abuse the privilege). On my blog, I selected Ghostbusters II as a case study to illustrate the perils of Double Mumbo Jumbo—that is, violating the principle that allows for but one act of magic per movie—and yet, Indiana Jones has, over the course of his storied career, recovered unrelated magical artifacts from Jewish mythology, Hindu tradition, Christian lore, and even extraterrestrial legend. Isn’t that a violation, then, of Double Mumbo Jumbo?

No—because the filmmakers didn’t commingle any of that varied myth, but rather kept each compartmentalized in its own self-contained episode (it’s the reason why The X-Files worked despite drawing on all manner of folklore throughout its lengthy run; the Marvel Cinematic Universe, as well, circumvents Double Mumbo Jumbo in precisely the same way). Same goes for “genre reboots”: You can place your characters within a new story paradigm, but only on the occasion of a new story. (The Indiana Jones films were, by the way, reliably Golden Fleece across-the-board, supporting the adage that there’s no need to fix what ain’t broken.) So, as we now see, Snyder’s narrative models not only have application for your story, but your series, as well, to give you a sense of just how powerful a tool this is. (But, as always, it takes time and practice to master.)

A NEW KNIGHT RISES
I should note that my 11-year-old niece adores Katniss Everdeen. Indeed, Katniss has become as much a role model to an entire generation of girls as a global cultural phenomenon. While comic books and their big-screen counterparts have mostly paid lip service to the need for female superheroes, rendering them subordinate carbon copies of popular male characters or idealized sexual fantasies, Suzanne Collins has created a heroine to whom young girls actually respond emotionally. Katniss wasn’t inspired to take up a cause in the image of some male superhero (à la Batgirl), or the unwitting recipient of a milder form of a relative’s superpowers (She-Hulk), but rather an ordinary girl—a Dude with a Problem—who evolved, to the surprise of herself and the audience that follows her harrowing exploits, into a genuine, singular Superhero.

Save the Cat!® Podcast: What Makes Your "Upside-Down World" Work? 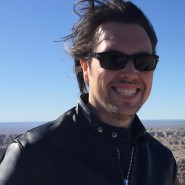 Sean P. Carlin is a Los Angeles–based screenwriter and author of supernatural fiction and “secret histories.” His forthcoming novel, Escape from Rikers Island, is a “Richard Price-meets-Stephen King” Monster in the House thriller about a lone, unarmed police detective forced to team with a group of violent gangbangers—that he put behind bars—when they find themselves under lockdown at New York City’s infamous detention center during a zombie-like outbreak among the inmates. He blogs regularly about storytelling craft at seanpcarlin.com and tweets from @SeanPCarlin.