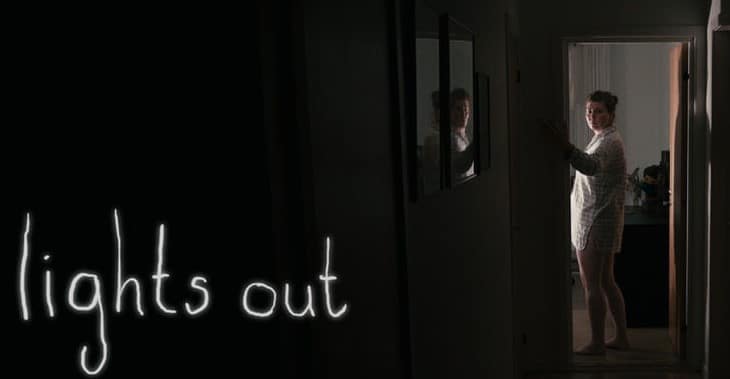 Is it possible to get primal and scary in a little over two minutes? Lights Out proves that it can—and that a film of that length can hit all of the 15 Save The Cat BS2 beats like clockwork.

Lights Out director David F. Sandberg is a Swedish filmmaker who started out making no-budget short films for festivals, all of which he created with his wife, Lotta Losten (who stars in them). The film was submitted to the Who’s There? A Horror Short Film Challenge in 2013, where Sandberg won best director. The short film has over 14 million views on YouTube via the Sandberg’s account “ponysmasher.”

After the short film went viral, James Wan, producer and director of The Conjuring, decided to make a feature film of Lights Out (with Sandberg directing from an Eric Heisserer script). Made for 4.9 million dollars, the film went on to gross $148,868,835 million worldwide. Sandberg went on to direct Annabelle: Creation for Wan and is now the director for Shazam!, which was released last week.

Normally, if you’re a regular follower, I write a Monster in the House column every month. The Monster in the House genre is typically a transgression, or sin, that brings about a monster (literal or figurative) into a house (which can be a place, region, or society). However, with the short film, Lights Out, I can’t find any transgression that the protagonist could have caused that would have resulted in this monster outbreak. So, it’s the MITH sibling, Dude with a Problem, which involves an innocent hero (rather than a sinful one) who has a sudden event push them into life and death circumstances. Alright, without further ado, let’s break down the creepy and effective short film Lights Out—but with the lights on!

How does Lights Out hit Blake Snyder’s story beats? Here is the Save the Cat!® beat sheet for the film:

Set-Up: Readying for bed, a woman (Lotta Losten) wearing a night shirt enters the home’s hallway and snaps off the light.

Catalyst: A sinister-looking figure lurking in the darkness startles her.

Theme Stated: In a Dude With a Problem story, the theme is tied to life and death. The actions of the sinister figure seem malevolent to the protagonist, so she takes steps to “stay alive” by not turning off the lights.

Break into Two: Making a conscious decision that the light is best left on, the woman tapes the light switch to the ON position.

B Story: We’ll say her Will To Live is the “helper story” here. She has conquered her fear of death with that action. The creepy figure won’t appear again with the light on, right?

Fun and Games: The woman goes to bed originally as planned, except this time with the bedside lamp on, now in the upside-down version of her world. Then she’s awakened by creaking steps outside her bedroom door. This is the promise of the premise: things that go bump in the night.

Midpoint: The woman covers her head (false defeat) with the thick bed comforter when the hallway light snaps off and then there’s the sound of running steps. Stakes raise. The clock ticks—it’s only a matter of time. A and B Stories tie together as her fear of death grows.

Bad Guys Close In: The woman peeks out from under her sheet and in the darkness on the other side of her room, it sounds like someone—or something—is entering her room.

All Is Lost: A whiff of death moment as the light on the stand waxes and wanes; it’s dying.

Dark Night of the Soul: She peers out from under the comforter and notices the lamp’s plug in the power strip is loose. She has a moment of clarity.

Break into Three: The woman reaches out and tries to plug it back in. Success! This action echoes the Break into Two with her taping the light switch on. Light is survival, which also ties in A and B Stories.

Gathering the Team: The woman grabs the blankets and…

Executing the Plan: … covers her head again but…

High Tower Surprise: … the sound of the light switch in the hall clicks OFF and…

Dig Down Deep: … she peers out at her comforter. Light in the hall is on again and…

Executing of the New Plan: … the woman searches around. An eyeless creature with a mouthful of jagged teeth snaps out the lamp light switch.

Final Image: Darkness. The transformation of the woman is complete, from what was going to be a routine ritual of going to bed into a sheer night of terror that she likely didn’t survive.

A New Novel from Caroline Lawrence!

3 Valuable Lessons from Our Script Challenge