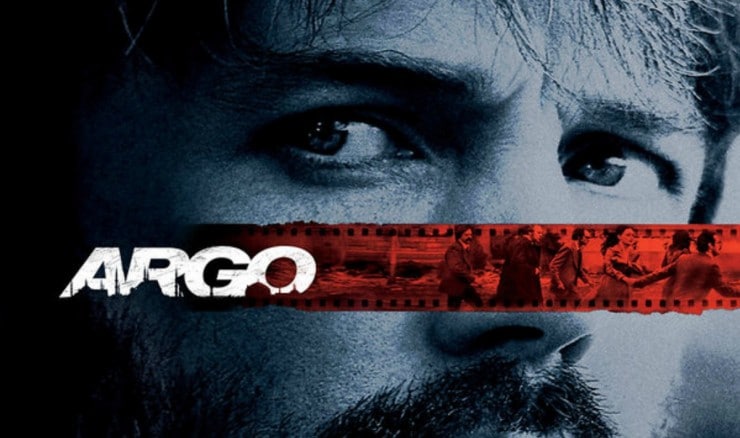 Master Cat! Tom Reed relates why Argo is a story that resonates:

I don’t know anyone who’s seen Argo that didn’t love it. I loved it even more the second time. Yeah, I saw it twice, something I rarely do nowadays. I think it’s flawless. And when a film is flawless I try to figure out why, a process that begins by measuring it against the BS2. It’s no surprise that Argo is a perfect fit, scene for scene, beat for beat. But rather than doing a full-blown BS2 analysis (something I hope somebody else does), I’d like to focus on the big picture. Argo gets it right from the outside in, from the broadest strokes to the smallest details.

The movie is based on a true story about a mission impossible given to a CIA “exfil” specialist (an expert in getting people out of dangerous countries) to save six American Foreign Service staffers hiding in Iran after the fall of the Shah. The genre, easy to spot, is right there in the premise: this is a Golden Fleece story involving a road (to Iran and back), a team (Ben Affleck’s allies in the spy world, in Hollywood, and in Iran) and a prize (the successful escape). Since it requires intricate planning it’s technically a caper, making this, in Blake Snyder terminology, a classic Caper Fleece.

There are a couple of things immediately impressive about Argo. First, there’s an incredible amount of tension right from the very beginning. It’s very clear that the stakes are life and death, not in a comic book superhero kind of way (such as in a James Bond or Ironman movie), but in a visceral, plausible, and historically accurate documentary kind of way. If caught, these six Americans will be tortured to death at the hands of the Iranian Guard, an eventuality made crystal-clear by the violent demonstrations of Iranian mobs and the palpable fear of the Americans in hiding. It amazed me how intensely real – and intensely threatening – all of this felt. I almost forgot movies could do this.

Juxtaposed against this Primal Threat is the absurdity of the plan devised to address it: “The Hollywood Option.” Ben Affleck creates a fake cover story whereby he is the producer of the sci-fi extravaganza “Argo” (the faux film-within-a-film) and the six Americans in hiding are part of his film crew. He flies into Iran alone on a “location scout” and intends to fly out with them, expertly manufacturing the deception. This is such an absurd scheme that audiences probably wouldn’t swallow it unless it really happened, but the beauty of the story is it did – and it actually worked.

This is in fact the Fun and Games and the Promise of the Premise of the film. Not only do the filmmakers get to make plentiful inside jokes about Hollywood, which they take full advantage of through two fabulously Fun and Gamesy comic characters played by John Goodman and Alan Arkin, but on a more serious level they get to compare Hollywood with the CIA, both industries essentially based on the con. Making movies and going on missions are both Funhouse Mirror Worlds; it’s the circus, a point Ben quietly makes in the closing minutes.

This parallel is expressed in dialogue much earlier, in a scene between Ben and Alan Arkin while eating tacos on the back lot of Warner Bros. Ben asks Alan why he only sees his daughters once a year. “I was a terrible father. It’s a bullshit business. It’s like coal mining. You get home, you can’t wash it off.” This is one of the Themes Stated, and not only does it draw a powerful parallel between The Industry and The Agency, but it draws a more important one between Alan and Ben on a personal level: Ben is separated from his wife and missing his son terribly, and the implication is that the separation is the direct result of his profession which not only requires him to routinely lie, but by being a field operative, requires him to put his own life at risk time and time again (unlike a Hollywood producer who only thinks he’s ever in danger, or a hero). These parallels help bind these two disparate realms together without undermining the fundamental comic opposition – the best of all worlds.

The filmmakers employ an additional strategy to fuse the two worlds together, and this happens almost invisibly. It’s found in the subject matter of the faux film-within-a-film, “Argo” itself, which is a space adventure about revolutionaries standing up to evil and saving their world. Ben’s son is a science fiction fan so he’s linked to “Argo” by virtue of his interest in the genre. But the Iranian Guard, the primal threat to Ben and the six Americans, is also linked to it by virtue of its self-perception as a revolutionary force fighting for a just cause, and this personal identification helps sell the deception at the crucial moment (though I would have liked to see this beat hit just a bit harder). The same thing goes for Ben, the CIA, and the whole Carter administration, who also see themselves as the good guys fighting for a just cause and saving their own. Everyone links to “Argo” – especially Ben.

The pretend world of “Argo” is a metaphor for Ben’s life; Ben himself is the closest thing to a superhero as can be found in our world. This points to an additional genre coexisting with the Caper Fleece in this movie: Superhero, specifically the subset Real-Life Superhero. Ben’s exfil expertise gives him his special power, his nemesis is whomever he’s trying to deceive (in this case, the Iranian Guard), and his curse is the toll this job takes on his wife and son. Multiple genres can certainly coexist in movies, but it’s always better if they coexist seamlessly, as they do here.

Once Ben is in Iran and ready to execute his mission, he’s asked to abort, which would result in the almost certain deaths of the six Americans. Ben refuses, telling his boss, “We’re responsible for these people,” (the second Theme Stated) to which his boss – the Company Man (you can’t make a movie about the C.I.A. without tipping your hat to the Institutionalized genre) – responds like the bureaucrat that he is: “We’re required to follow orders!” Ben reluctantly agrees, but after his Dark Night of the Soul he has a change of heart (Transformation!), reclaiming his Superhero identity and his mission. He calls his boss and says, “I’m responsible.  I’m taking them through.” At that point his boss, unwilling to leave his agent “at the Tehran Airport with his dick in his hands,” has a similar change of heart (another Transformation!) and goes to similarly heroic lengths to help assist his friend from afar.

Act 3 is an incredibly taut race against the clock, the allies working together with split second timing, the Opponents a mere half-step behind. It’s a procedural of escape that expertly interweaves the primary story threads in a monumentally tension-filled Five-Point Finale that results in a mythic last-second victory. One of the masterstrokes of the movie is it manages to accomplish all this while maintaining its tone of absolute credibility. Like I said, this isn’t the universe of the comic book superhero, even though one strand of its DNA originates in the Superhero genre. The other masterstroke is that the Fun and Games never undermines the threat, or the credibility, for that matter. Everything is perfectly modulated. An amazing achievement.

At the end Ben reunites with his family. It’s too late for Alan Arkin to do so, but not Ben, who’s still young enough to learn. Ben keeps one of the storyboards from the faux “Argo” and gives it to his son, which we see in the final shot: it’s a panel depicting the hero of “Argo” escaping danger with a boy (presumably his son) at his side. The Opening Image of Ben in Argo showed him in his disheveled bachelor’s apartment, asleep in his clothes, his life a mess, isolated and alone. The Final Image is a perfect bookend, proof of change and Transformation: Ben has resolved his dilemma – he has reclaimed his superhero identity by saving the six Americans (and completed his journey home with his fleece intact), and he has also renewed his commitment to his family.

From now on he’s going to be there for his son, who at the end we see asleep in his arms. And ironically, nobody will ever know about his superheroics – not his wife or son, not Alan or John’s Hollywood cohorts, nobody – because the mission must remain classified. And sometimes that’s just how it’s got to be – the Superheroes among us must remain anonymous. I know, it hurts. Especially in Hollywood where everyone wants credit.

How to Avoid Cleaning the Refrigerator

An Interactive Arrangement: The Strengths and Weaknesses of Video Game Storytelling 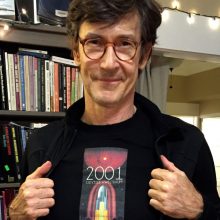