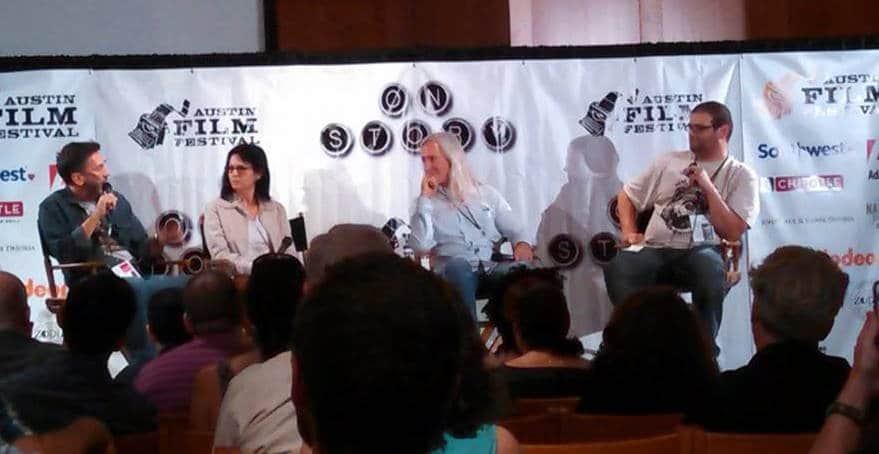 Over a recent weekend, I led a Save the Cat! Beat Sheet Workshop in Austin. Every time I do this, I’m energized by the experience of helping others chart and navigate a path through their stories. Inevitably, it recharges my batteries and allows me to look at my own projects-in-progress with fresh, awakened eyes.

One of the benefits of participating in a workshop like this is the instant feedback from others in similar boats on the same sea of story. It helps that you’re likely to get a range of experience from those others — some are first-timers coming from non-screenwriting backgrounds, others have been around the lot a time or two. That was certainly the case this time, as we ran the gamut from seasoned filmmaker to engineer-with-an-idea-for-a-movie.

Regardless of experience, each writer goes giddy at the Fun and Games beat at the top of Act Two, what Blake called the promise of the premise. These are the “trailer moments,” those scenes that really sell the story and show the audience the new world our hero has entered. In Tootsie, it’s the scenes where Michael becomes Dorothy as Dustin Hoffman makes his first efforts to pass as a woman in order to land a job in a town that will no longer hire him as an actor. We see him audition, we see him fool his agent, we see him rise to the challenge of passing as a woman and all that it entails.

As writers, we often have great concepts for scenes and “trailer moments” that showcase our premise, but sometimes we miss both the obvious and the unexpected. It’s in workshops like these, where the instant feedback can be so useful and can offer a prime opportunity to ask the question of the other storytelling seafarers: What scene do you want to see in a movie about [your logline here]?

I posed this question to the group on Day Two of the workshop as participants were presenting their 15 beats. Each had suggestions the writer had not thought of, and while not all were great ideas, even the least successful of them held a seed for thought that triggered a new idea for a scene.

That’s really the unsung benefit of the workshop — not only are you going to come out of the weekend with 15 beats, you’ll also leave with much food-for-thought. Each story has its own specifics but the generals are usually the same; that’s the concept behind the beat sheet as storytelling structure for screenwriters. That the beats themselves both pose and answer questions, giving new information at each point that engenders new mysteries to be solved or challenges to be faced, is the secret pull of story that keeps writers writing and readers reading.

So whether you’re in a beat sheet workshop, in a writers’ circle, or getting feedback from a trusted reader, ask the question. The answers may surprise you, frustrate you, illuminate you, or send you back to the drawing board. But by asking the question, you’re more likely to fulfill the promise of the premise in a way you could not have foreseen without the feedback.