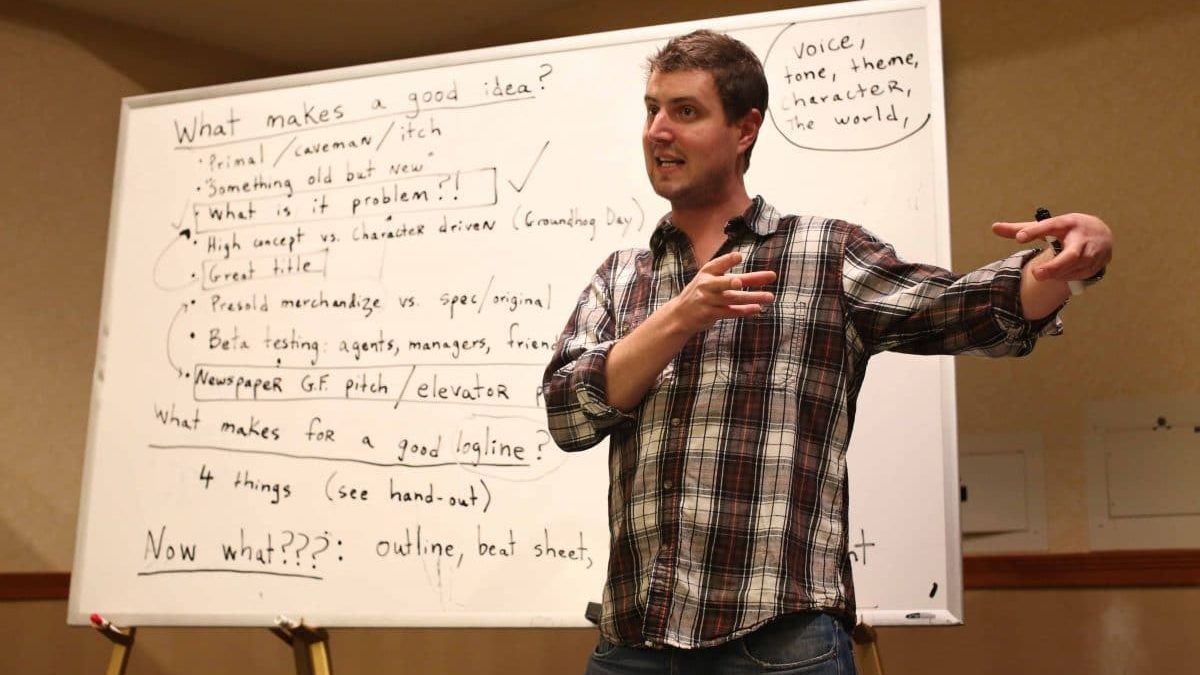 Thanks to Ben Frahm, who leads our Beat Sheet Workshops in New York City, for this helpful tip to avoid a deadly “bump” in logic.

What’s one of the most common symptoms of a first draft or a first stab at cracking the 15 beats? It’s not that the material isn’t funny. Or the characters aren’t interesting. I might even like the world and tone of it all. However, many many times, the writer has skipped over one of the most essential parts of story… and that is logic.

For instance, we set up our character as a Yankees fan in the beginning and then on page 20 he’s wearing a Red Sox jersey. Okay, that’s a bad example, but let’s just say it happened. As a reader or listener or audience member, that inconsistency makes us feel like we’re going crazy. It makes us “bump” on the material. It makes us go back and think we missed something. It takes us out of the story, and doesn’t allow us to enjoy all of the other great aspects that are working within the world you’ve created.

And by the way, this is probably one of the most common reasons that managers, agents, and industry folk pass on material. They “bump” on something early in the story that doesn’t make sense and this bleeds amateur. The script doesn’t get read to completion and instead is tossed into the “pass” pile.

So it’s been interesting in working with a lot of talented and gifted writers in New York City each month in our Save the Cat! workshops, that one of our primary goals in the first attempt at the 15 beats is simply to create something that has logic. To create a storyline that “holds water” and that no one can “poke a hole in.” This is a just and mighty goal for a first stab at breaking down your beats, and is something that sounds a lot easier than it is.

So continue being funny and interesting and scary and intriguing, but at the end of the day, don’t forget the essentials. In your beats, make sure 2 + 2 = 4!

Save the Cat!® Podcast: The Opening and Final Image Beats of Frozen