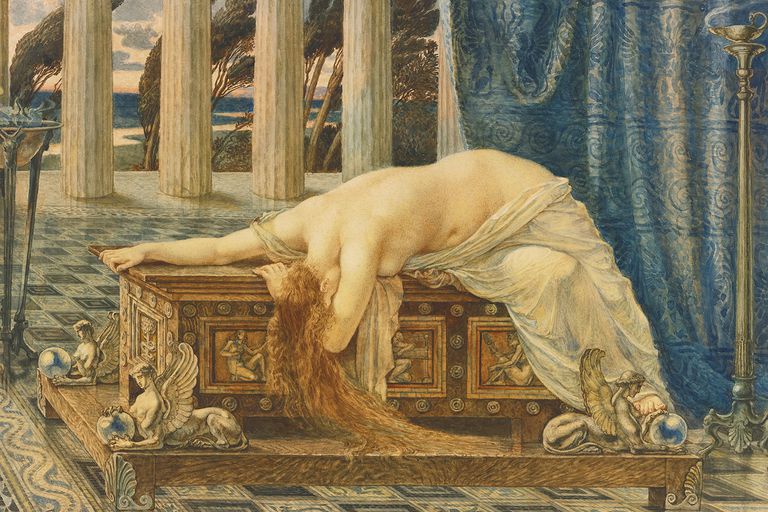 This post is the third of a 10-installment series, Save the Cat!® Goes Mythical, in which Master Cat! Salva Rubio, author of Save the Cat!® Goes to the Indies, shows the connection between Blake Snyder’s 10 Genres and some of the strongest storytelling examples ever: the Greek Myths.

All mythologies and religions have quite a few cautionary tales about characters who cheat by taking shortcuts in life and then end up paying for it. Magical objects are frequent in these kind of stories, such as Aladdin’s lamp, Arthur’s Excalibur sword or, in a more current environment, a door which takes you inside John Malkovich’s head!

Blake Snyder gave a name of his own to the genre that deals with the consequences of using magic for our own advantage, Out of the Bottle, which obviously refers to the genie that grants magic wishes (which recipients usually screw up). In these kind of stories, a character makes an impossible wish, which triggers a magic spell that changes his or her life, apparently for the best, until the consequences are shown to be undesirable: that is the lesson.

Sometimes the main character rejects the spell and learns to live life without cheating. Other times, the temptation of magic is too strong and the protagonist ends up suffering the consequences.

In Greek myths, most of the magical objects given by the gods to humans are well deserved and thus, can be used harmlessly. However, there is one case in which one of these objects was given in retaliation, and the lesson was harsh enough to keep plaguing us today!

When treacherous deity Prometheus (of whom we’ll speak in an upcoming chapter) stole the fire from Mount Olympus and gave it to humans, the rest of the gods planned swift revenge. And so they presented his brother Epimetheus with the first woman: the gifted and beautiful Pandora.

Prometheus warned his brother not to accept gifts from the gods (he knew his OOTB theory) but Epimetheus didn’t listen and took her as a wife. Then, the gods gave Pandora a beautiful wedding gift: a magical box which she, under any circumstances, should never open. But she had a wish, which was to fulfill her curiosity.

She indeed opened the box and the spell broke loose—freeing all of the evils that would plague mankind: hate, jealousy, disease, sickness, death…. When she closed the box, only one thing remained inside: what we know as “hope,” although some say that is an even worse, unknown evil.

Would any of you dare to open the box? Beware, for the lesson is clear.