Sometimes, It Is Brain Surgery 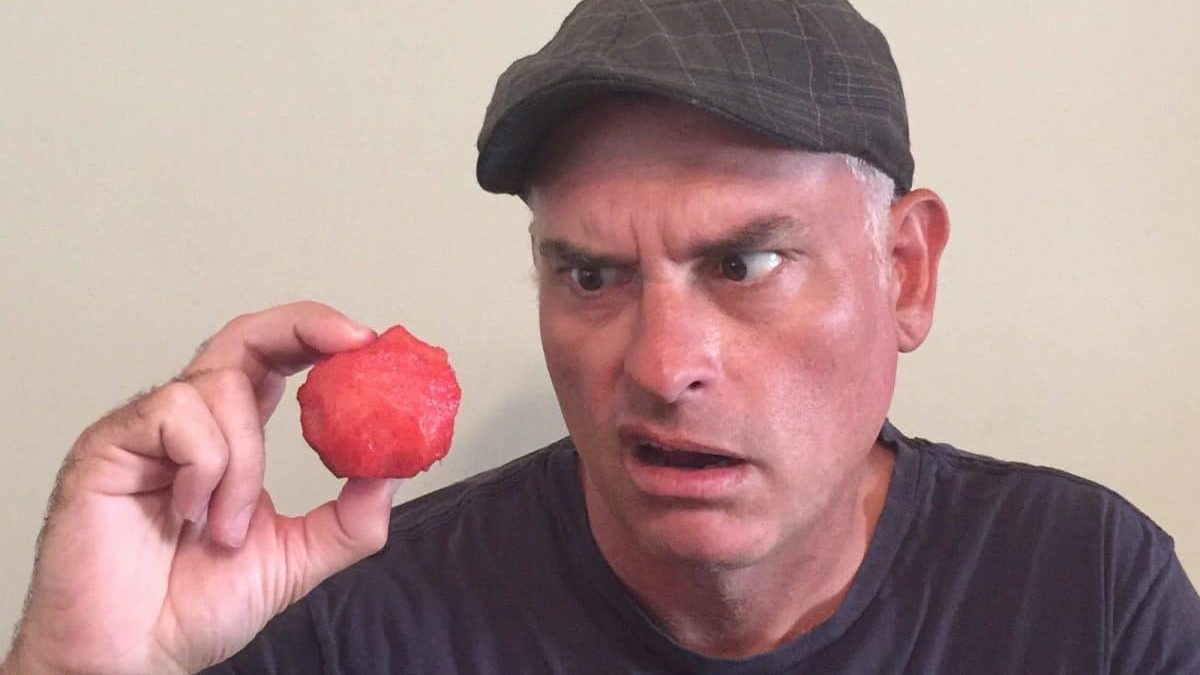 When I awoke after 12 hours of brain tumor surgery, I was thirsty. That’s how I knew I was alive. A few beats later, my mind started to reboot and gave me the basics of my life:

You are in Cedars Sinai Hospital. Your name is Matt. You are 42 years old. You just had an apricot-sized tumor yanked from your cerebellum.  It was not cancer. You will live. You have a loving wife. Two amazing kids. Your dad is dead. Your mom is alive, and partially insane. You are a screenwriter. You currently have a deadline. You don’t have much money left in your accounts. Get back to work, you brain-tumor-having fuck.

After a few more hours of wake time, I realized I couldn’t see very well. I had lost partial motor control of my eyeballs, and had terrible double vision. As a result, I couldn’t really type on my laptop, and my speech was awful because the nerves in my tongue died during the 12-hour surgery.  I looked and sounded like the Matt Damon puppet from Team America: World Police. Things were bleak.

Even though my brain worked well enough, I knew that if any employers or agents even heard the phrase, “Brain Tumor,” my career would be over. I told everyone close to me to keep my condition a secret. It was October, 2013 and the holiday season was approaching. I thought I could recover in a few weeks, and no one would be the wiser. I was wrong on many levels.

I originally got into this business with the dream of writing a big tentpole film for Universal Studios. Despite a lot of success, that dream had always eluded me. I wanted to rekindle that dream, but life had other plans.

Only two days after surgery, someone told the producer I was working for about my tumor. Soon, my worst fears were being realized. My longtime writing partner and I split up, and on the heels of that, my agents dropped me. I was bummed out, but I understood. After all, who would want to represent a partnerless screenwriter with a hole in his skull, and no spec to sell? Hollywood is a cruel bitch. To be fair, my managers stuck with me. Now, I had to give them a reason to keep me.

I soon realized that this brain tumor crap was actually a gift. A way to re-invent myself. Since my “big hit,” Four Christmases, I had been pigeon-holed into the rom-com genre. On top of that, after 10 years of writing safe “studio fare,” I had developed some hacky habits that I needed to purge from my process. If I wanted to be better, this was my chance.

So with about $100,000 in medical bills, and most of Hollywood believing I was as lucid as Mickey Rourke on a Monday morning, I knew I needed to write something – and fast. But where should I start? What should I write? It has to be great, but it has to be something I can execute. Then it occurred to me, I’m approaching this all wrong.

Instead of writing something quickly, I needed to take this opportunity to relearn my craft. I needed to read, not write.  I started by rereading my tattered copy of Save the Cat®, but I also read Syd Field and Robert McKee. I read every great script I could get my hands on –  especially Shane Black’s Kiss Kiss, Bang Bang. (Read it 10 times.) I read John August’s blog and Craig Mazin’s The Artful Writer. I even started to read the WGA’s Written By magazine – which is great by the way.

The screenplays of Tarantino, Ephron, and Black weren’t just instructive, they were inspiring. In a matter of weeks, I not only knew what I wanted to write, but how I was going to write it.

Cut to January first. My doctor gave me some special glasses with a prism in one eye so I could see my computer screen and keyboard. For speech therapy, I used the “talk to text” feature on my computer to write my new screenplay. I figured if Siri could understand me, so could a real person. I didn’t have to ask my agent or writing partner what I should write. That was the past. I was free now.

I decided to tackle a true story from my past – an autobiographical tale about how Steven Seagal (yes, that Steven Seagal) became a real life surrogate father to me, while my own father went from a respected lawyer to a convicted felon. I saw it as this weird comedic version of A Bronx Tale, but with a cheesy 90’s action star instead of a neighborhood mobster. I wanted it to be funny, but poignant, and I knew it would have to be somewhat non-linear. I understood that this was a weird and uncommercial idea, but I didn’t give a shit. I had to entertain myself. If I could do that, I felt I had a shot at redemption. A shot at making a living as a screenwriter again.

Motivated by anger, steroids, a dead tongue, and the need to prove myself, I wrote day and night for eight months. Many of my pages were shit. When I did type, my dyslexia was worse than ever, and I could barely see the computer screen –  even with my stupid glasses. Despite that, I worked through it. That’s not to say I wasn’t immune to distractions; a brief twitter war with James Woods, binge watching all seasons of Portlandia, and the occasional MRI also kept me busy.

Ten months later, I had fresh 115-page script, no more corrective glasses, and my tongue was alive again. My script was personal, different, and it was the best thing I had ever written.

When my managers read the finished product, they loved it, and wanted to try and set it up immediately. As much as I enjoyed their praise, it wasn’t about that. When I set out on this journey, I thought I had to prove to “the town” that I could still write, but the truth is, I only had to prove it to myself. It’s been a few months since my Seagal script was sent to prospective buyers, and the response has been overwhelming. At the time I’m writing this, the script has not yet been sold, but it’s already paid huge dividends. It gave Hollywood confidence in me again.

On the heels of finishing the Seagal script, I sold a pitch with my good friend Chris Borrelli to Universal Studios and Chris Morgan Productions. I’m not allowed to give any details about the project, but let’s just say I’m excited to be a part of launching a huge franchise film for my favorite studio, Universal.

None of this would have happened without the apricot-sized tumor that almost killed me. It turns out that the old cliche, “Necessity is the mother of invention,” is quite true.

So the next time life rips out your insides and turns you into a dead-tongued Matt Damon puppet, remember: it’s an opportunity to be better.

Best of Blake's Blogs: A Pot of Spaghetti