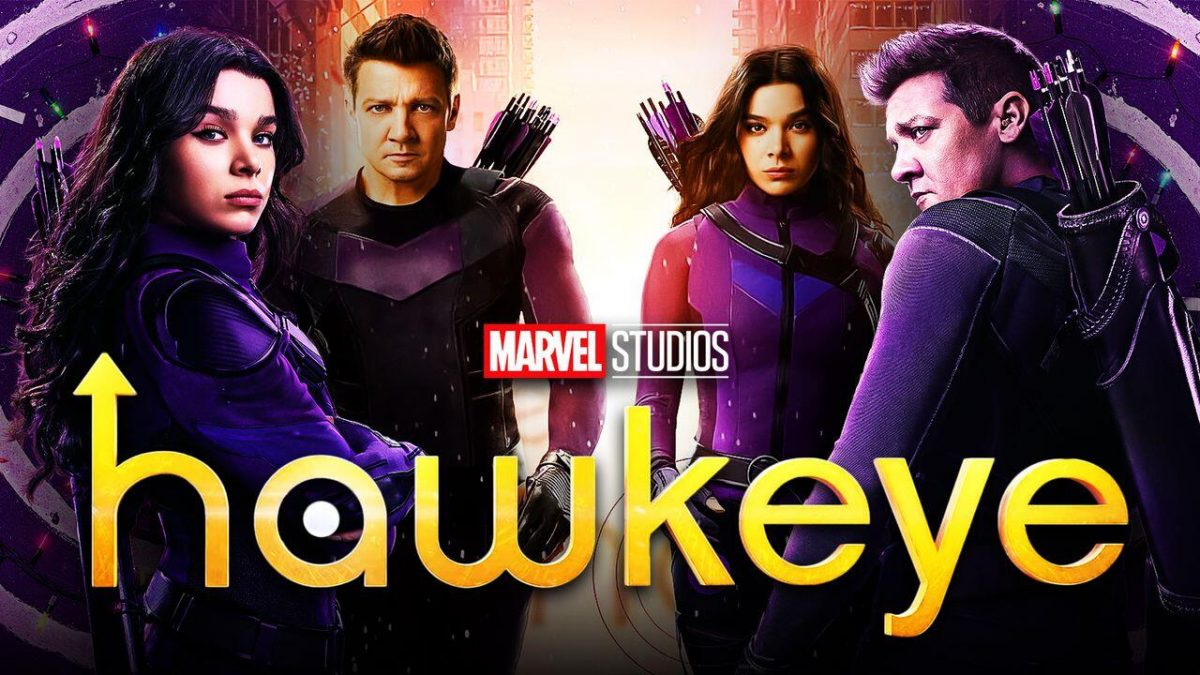 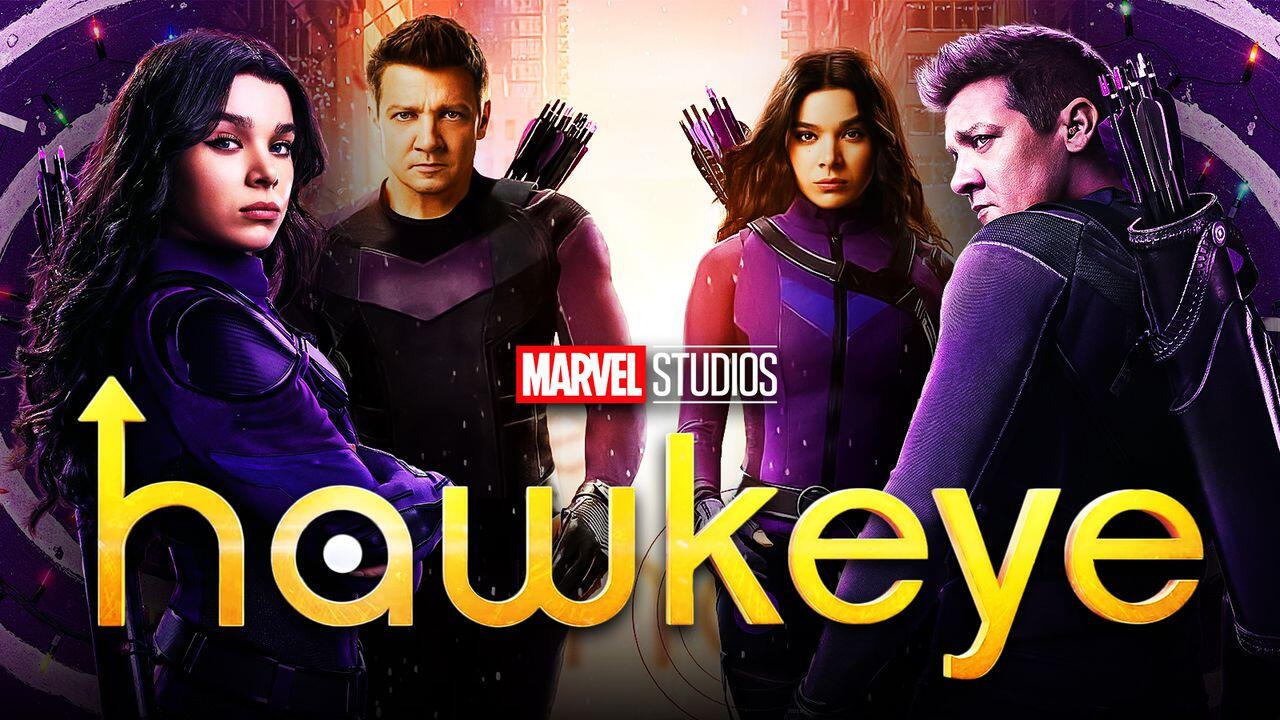 Genre: Dude with a Problem

In the wake of hits like Wandavision and Loki, the Disney+ series Hawkeye follows the Avengers’ only superhero without powers. It hits the beats in its six episodes, as it asks the question: do you need to have superpowers to be a hero, or does it all come down to your choices?

Opening Image (Episode 1): In 2012 New York, a young Kate Bishop (Hailee Steinfeld) secretly listens in on her parents’ argument about money troubles and needing to move to escape them.

Theme Stated: After discovering that Kate is eavesdropping, her dad talks to her, easing her fears about moving away. While Kate echoes her mom’s words that “things don’t just fall from the sky,” her father tells her, “Some people forget what they can control: the choices they make in the face of [problems].”

Set-Up: Soon after, her father is killed during the Chitauri invasion at the Battle of New York. Amid the chaos, Kate looks out her window to see Clint Barton, the Avenger known as Hawkeye (Jeremy Renner), holding his own with only a bow and arrow before leaping off the building. Inspired, she tells her mom, Eleanor (Vera Farmiga), that she wants a bow and arrow, and the opening credits reveal the training she went through and all she has achieved.

In the present, Kate tries to use an arrow to ring a bell on a college dare. Unfortunately, the feat goes wrong, resulting in the collapse of the bell tower, and there are more things that need fixing in her life. She arrives home to argue with her mother and meet Eleanor’s fiancée, Jack Duquesne (Tony Dalton), who has an affinity for swords. Meanwhile, Clint has his own stasis = death situation as he and his family watch Rogers, a musical of the Battle of New York. He’s reminded of Natasha, the Avenger known as Black Widow, and the sacrifice she made, and how he was unable to stop her.

Catalyst: Kate, forced to go to a party with Eleanor and Jack, overhears her mom taking to Jack’s father, Armand. It sounds like Armand is threatening her, and Kate becomes concerned.

Debate: Following Armand to investigate, Kate discovers he and Jack attending a secret black market auction. One of the items is the outfit and sword that belonged to Clint’s ultra-violent alter-ego, Ronin. In a sudden event, the tracksuit mafia attacks those at the auction, and Kate jumps into action, stealing the Ronin suit to hide her identity. An innocent hero, she escapes (even saving the dog!), but the news media captures footage of the mysterious Ronin, prompting Clint to take action. When Kate seeks out Armand, she discovers him dead, killed with a sword. Soon, the tracksuit mafia arrives and attacks her.

Break into Two: At the end of Episode 1, Clint intervenes as he attempts to discover who has stolen his former identity.

B Story: As Episode 2 begins, Kate and her hero Hawkeye will be paired together as Clint tries to bury his Ronin identity and Kate attempts to protect her mother from Jack. In the upside-down antithesis world, the two of them will help each other understand the theme about making choices, and how those choices define who they are.

Fun and Games: Clint’s goal is to get his Ronin suit back, but unfortunately Kate is followed to her apartment. As the tracksuit mafia throws Molotov cocktails, burning the place, the two find refuge at her aunt’s. Returning to the burned-out apartment, the pair discovers that the suit is missing, and Clint ultimately tracks it to a firefighter who took it from the scene to use in his live-action roleplaying (LARP) group. Sending his own family back home, Clint knows it’s a life-or-death situation for both of them. He must solve the problem alone and clear Kate’s name to ensure her safety. He confronts the gang members, but Kate crashes the meeting (literally) as she falls through the skylight.

In Episode 3, deaf gang leader Maya Lopez (Alaqua Cox) and her partner Kazi (Fra Fee) interrogate them, believing Ronin killed Maya’s father when she was younger. Clint and Kate escape, however, and the promise of the premise is shown during a wild chase scene, where the team dynamics of Kate and Clint blossom as they outrun the gang, using trick arrows along the way. Afterwards, Kate and Clint return to Eleanor’s residence to log into Bishop Security’s database to find out about Kazi, learning that he is part of a company named Sloane, Ltd. As Kate tries to look up information about Jack, he arrives and holds Clint at sword-point.

Midpoint: As Episode 4 begins, Eleanor and Jack talk with Kate and Clint. It’s a “coming out party,” one where Kate says the two of them are a team. Clint admits they’re working together, which is a false victory for Kate. The stakes are raised, though, when Eleanor asks Clint to leave Kate out of it all, reminding him about Natasha’s death. The stakes are also heightened when Clint’s wife, Laura (Linda Cardellini), helps him discover that Jack is the front man for Sloane, Ltd. The time clocks appear as Clint tells her he’ll need another day to solve this before coming home for the holidays.

Bad Guys Close In: The Bad Guys mount for Clint, who only wants to get home to see his family. Unfortunately, one of the items stolen at the black market auction, a watch, could put his family at risk. Kate’s Bad Guys manifest themselves in the form of jealousy as she watches Jack and Eleanor dance, realizing that her mom is happy with the man she suspects of murder. She decides to cheer Clint up, bringing Christmas to him, and as the two celebrate, Clint finally confronts his internal Bad Guys and admits that he was Ronin.

The next day, Clint and Kate follow a signal being emitted from the missing watch, discovering it at an apartment. It’s a trap, though, and their lives are put in jeopardy by Maya. Natasha’s sister Yelena (Florence Pugh), a former Black Widow, also arrives and joins the fight, attempting to kill Clint, believing him to be responsible for Natasha’s death. During the struggle, Kate falls off the roof and is saved at the last moment, but it’s a grim reminder for Clint of all he’s lost.

He sends Kate away, who confides with her mother as Episode 5 begins. She begs Eleanor to look into Jack’s activities, and when Kate returns to her own apartment, she finds Yelena waiting for her. Yelena wants answers about Clint, threatening Kate. Meanwhile, in an effort to put Ronin to rest and protect his family, Clint confronts Maya, revealing that her boss was the one who wanted her father killed.

All Is Lost: Reuniting with Clint, Kate receives a video sent by Yelena. In it, she sees her mom being threatened by Wilson Fisk, the Kingpin (Vincent D’Onofrio). As the Episode 6 begins, the whiff of death is present; the man will kill Eleanor to protect himself.

Dark Night of the Soul: Kate panics, and Clint says he will help her, admitting that they’re now partners. The two make new trick arrows for the confrontation, and Clint gives Kate one more chance to back out. She recalls her childhood seeing him fight from the building, and echoes the theme when she says that being a hero is for anyone who does what is right, no matter what the cost. She has made her choice.

Break into Three: As the partners enter their synthesis world, they go to save Eleanor at the Bishop Security Christmas party.

Finale: The team is gathered to storm the castle, and the two execute the plan while trying to protect Eleanor. Soon, shots ring out as Kingpin’s henchman Kazi fires on party guests. Kate and Clint spring into action, fighting their way through it all. In a showdown on the ice-skating rink at Rockefeller Center, they employ their arsenal of trick arrows, taking out the tracksuit mafia. As the pair splits up, they face their High Tower Surprises. Clint is confronted by Yelena, while Kate fights Kingpin to protect her mother.

As it looks like they might face defeat, both of them Dig, Deep Down in their own ways and execute the new plan. Clint reaches within to demonstrate the depth of love and friendship he and Natasha had, finally acknowledging that there was nothing he could have done to stop her from choosing to sacrifice herself. Yelena realizes that they shared a common love for her, and the two rise as allies. After defeating Kingpin, Kate stands before Eleanor, ashamed at the choices her mother made. As the police arrive, Eleanor prods her with guilt, asking if heroes put their mothers in jail at Christmas. Kate has made her choice, though, even in such a difficult situation.

Final Image: As Clint brings Kate home with him for Christmas, the two burn his Ronin uniform. The consequences of past choices have been dealt with, and the two are now ready to move together into the future, walking side by side as partners.