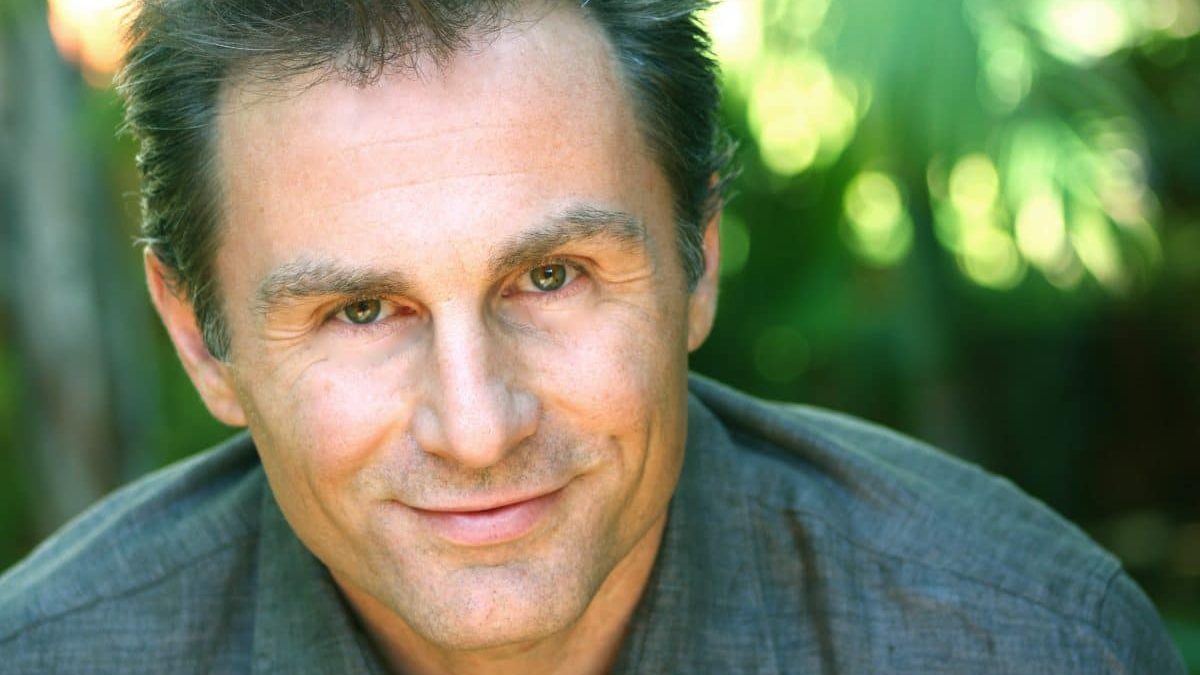 Our thanks for this illuminating blog to Peter Arpesella, an author, actor, and writer based in Los Angeles, originally from Rimini, Italy. His family owned the historical Grand Hotel, where family friend Federico Fellini set his legendary Amarcord. After his successful excursion in the investment banking world, Peter discovered that storytelling is a lot more fun and moved to the States to work as an actor and writer.

His recent on-camera and voice-over credits include Mad Men, Think Like a Man and Madagascar 3. He has written his one-man show “Life & Me… What A Couple!” performed at HERE Performance Space in New York City and on an East Coast tour. He writes for his blog “How About This” and his podcast “M A D N E S S” as well as other websites. Check out Peter’s website and Good Like This on Amazon.

Peter loves to sail and adores a good laugh. He’s a volunteer recording audiobooks for Learning Ally, helping TreePeople, Heal The Bay, and Habitat for Humanity. He lives with his actress/writer wife, Annie Wood, and their dog-ter, Lucy.

Years ago I wrote a screenplay that won the Grand Jury Prize at the New York International Independent Film Festival. The impact on its marketability has been a powerful, “Good for you.” (But little else.) Still, I loved the story. So, based on that story, I wrote the first drafts of Good Like This, the novel. Meanwhile, I acquainted myself with Save the Cat!, the BS2, and all the gems of this approach. I wrote a couple of screenplays (one for money, the other on spec) using the Cat!, and they turned out quite well.

When I went back to my novel, I realized the story wasn’t complete because some of the key elements were missing. And now I knew how to fix it! In the STC!-inspired novel-writing process, the story grew, got better, got stronger, got bigger, and became what it was supposed to be (which makes me grateful for the rejection the “award-winning” screenplay received). 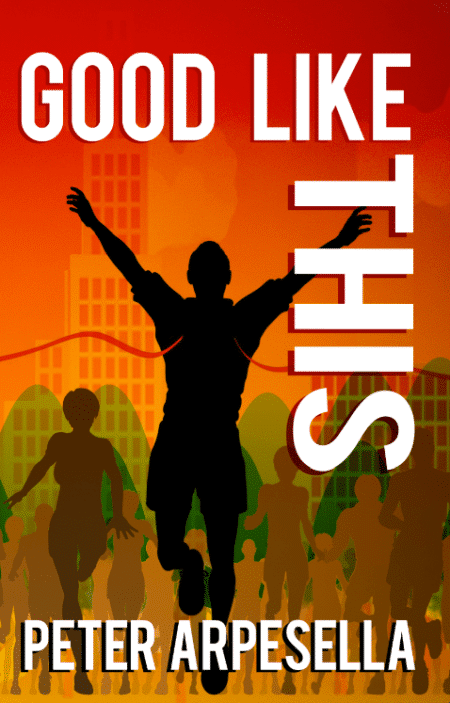 I’ll concentrate on the main points of how structure helped free this story:

The Pitch: Good Like This, a coming-of-age story, when it could be too late. It’s Silver Linings Playbook meets Fifty Shades of Grey, if Bradley Cooper were rich and had type 1 diabetes.

The Logline:  On the verge of losing control over his life, an ambitious investment banker discovers his wife’s secret drug addiction during one of their passionate escapades and joins a cutting-edge research project on the effects of stress on T1 diabetes. But when he finds out that there isn’t much of a difference between an addict, like his wife, and someone who chooses to ignore a health condition, like himself, he must deal with his demons before he loses his life and the love of his daughter. The New York City Marathon becomes the unexpected and riveting backdrop for the fast-paced finale and the bright new life that’s about to begin.

Theme Stated: At first I didn’t know what it was. Then I was pushing it, and it didn’t feel good. So, I dove into the scene where structurally the theme should’ve been stated. I immersed myself with the characters. I let them roll, argue their conflict back and forth as Paul (the protagonist) is trying to convince a conservative client to invest on a day when the market is crashing. I knew that the scene started with one emotional color (-) and had to end with its opposite (+). I kept writing and listening, writing and listening. Until finally the angry client gets up and leaves. But something stops him at the door as he agrees to follow Paul’s advice. And out of his mouth comes: “It must be great to be you and hell to be around you.”

Save the Cat: Paul is a highly flawed and controlling man at the beginning, and the journey he embarks on is epic, from a human standpoint. I couldn’t run the risk of readers saying, “Eh, I don’t like this guy.” So I had Paul come out from his office building in busy midtown Manhattan, still wearing his cocky business attitude, and in the next breath save a child from being hit by a car, while his self-absorbed father was too busy on his cell.

Double Bump: I had a Set-Up but the Catalyst wasn’t strong enough. Even though it was a tragic event — Paul falls into diabetic coma while running and doesn’t show up at his wife’s charity opening, after he’d promised her he would be there on time. He had other similar comas before. The double-bump forced me to look deeper into that moment. And I found that when his wife, Candice, and seven-year-old daughter, Sally, leave the charity benefit and rush to the ER room, Paul sees himself through the eyes of his daughter: “Are you dying, Daddy?” That does him in. He becomes aware of his mortality and his responsibility towards his daughter. His consciousness is shaken, life will never be the same. Next, he gets into the Debate.

Break into… : The hero’s choices create the new Acts (in the story and in his/her life). This makes Paul a decision maker (even though reluctant, deceitful, half-measured, or fully committed depending where he is in the story). This automatically charges the story with pace and rhythm. And if the hero has a worthy antagonist — Paul has an external antagonist, Candice, and an internal one, his demons/denial — it will also escalate the conflict.

B Story: I always had a B Story, a character named Ann, but I never really made it “dance” with the A Story, Paul, until I looked at Good Like This under the Cat’s lens. Thanks to the beat sheet, I was able to place the B Story in its right structural place and develop it so that it organically grew in relation to and with the A Story. Especially at Midpoint and the second half of Act II, the B Story becomes so full of life, real, and complementary to the A Story, that by the time we get to the Finale the coming together of Paul and Ann (A+B Stories cross) takes the tale into a powerfully charged climax.

Fun & Games: The alternating of External and Internal forces helped create a great progression during the first part of Act II.

Midpoint: I was shocked when I realized that my earlier draft didn’t really have a Midpoint. What I mean is, it had a lukewarm Midpoint. And that’s not good. The Mayor of New York City had made Paul the professional offer that would have catapulted him into the inner circle of the wealthy and powerful, his most ambitious dream. Meanwhile Candice is losing control over her drug addiction, which is a curse for Paul, since he had lost his father to drugs and Paul is the owner of a charity against drugs (not to mention that the Mayor cannot jeopardize his reputation). Now the Mayor invites Paul to an exclusive dinner, and he wants Candice to be there. So, I asked myself, what is the most unexpected, unlikely, and difficult thing Paul can do which will get him to the dinner party with Candice feeling like a billion dollars for Midpoint? Once I made that decision, the writing poured out of me, and it was fun.

It was also great to place the B Story at that Midpoint party. Everything became real and supercharged with conflict. It was like writer’s heaven.

Bad Guys Close In: This is one of the most important gems I learned from the beat sheet — and I see it consistently in all the best movies. Right after the false win/loss at Midpoint, Bad Guys Close In… with a vengeance. This brings the story to a whole new level and prepares my hero for the huge crash of All Is Lost.  So, at that Mayor’s dinner party where Paul and Candice went feeling like “everything is good,” I had the worst possible thing happen to Paul in that situation — as if all his demons became personified in one scene. Something that was going to make him rethink what he “wanted” as opposed to what he “needed.” Something that showed him that what he’d been doing until now wasn’t going to be enough. It raised the stakes to where they hadn’t been until now.

Whiff of Death: I had a beautiful moment with Candice that was perfect for this and became even greater when it found its right spot. Having this scene in its correct structural place informed the writing and made it better for the story.

Break into Three: While working on Good Like This with the beat sheet, it became apparent that the dynamic of Catalyst, Debate, and Break into Two repeats itself with Bad Guys Close in, All Is Lost/Dark Night of the Soul, and Break into Three. Only the second time around the stakes are super high, which is why the Debate now turns into a Dark Night of the Soul for Paul. He has passed the point of no return, because his awareness (outer and inner) has changed forever. He is now a different person. He just has to prove it and to do so he has to make some final choices.

Finale: I loved how, having all the parts of the story organically in place and developed, was like a powerful charge to the pace and pathos of the Finale. I always had the Finale, but it was never as explosive and real as it is now. It happens during the New York City Marathon, Paul’s lost passion and dream. It comes together like I was only hoping it might. When the opportunity shows itself, Paul shows he’s changed. He makes new choices, and they deliver new results that benefit him — and everyone around him — in very unexpected ways.

Final Rewrite: I looked at the second half of Act II and Act III, which were the parts that my beta reader had found in need of improvement. I looked at each scene and asked, “Does it end with the opposite emotional charge from the beginning?” “Does it add to the truth of these characters and this situation?” “Does it relate to the theme?” For every “No” answer, I deleted the scene. By the end, I shaved off 10% of the overall story, and I saw the story smile at me.

These are the main points of how Good Like This and its story benefitted from using the beat sheet and the structure principles contained in Save the Cat! I strove to write the truth, and structure only helped. I am extremely grateful. And so seem to be the readers of Good Like This. Thank you.

From the Best of Blake's Blogs: Claim Your Victory