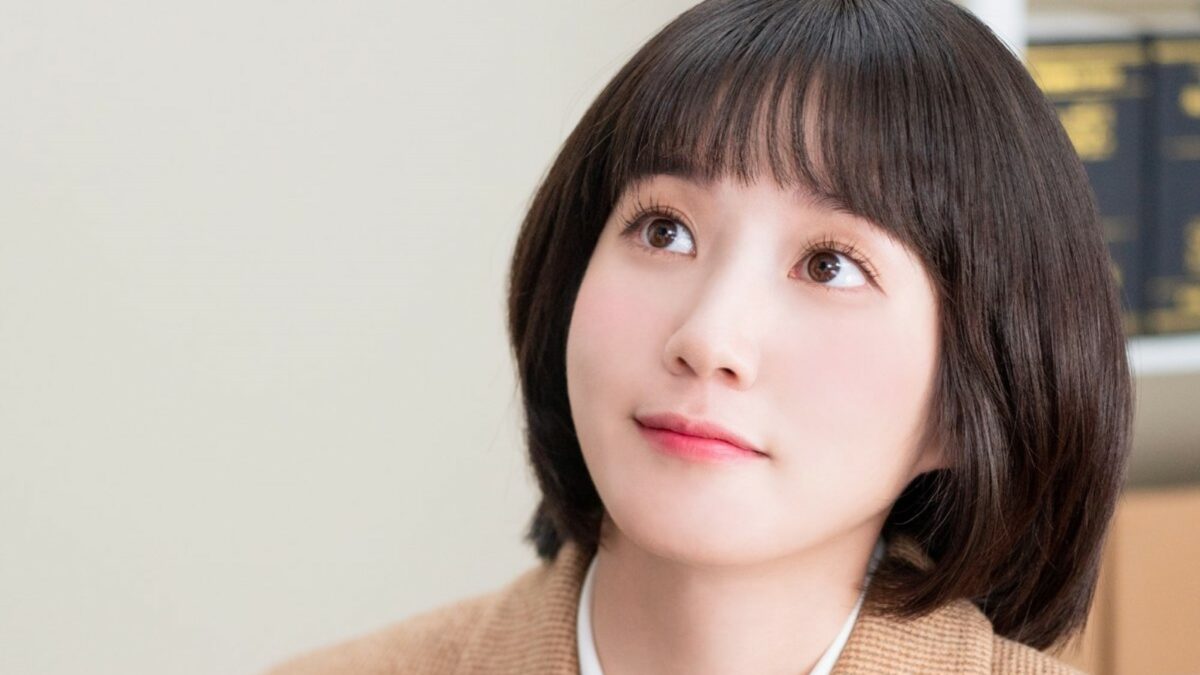 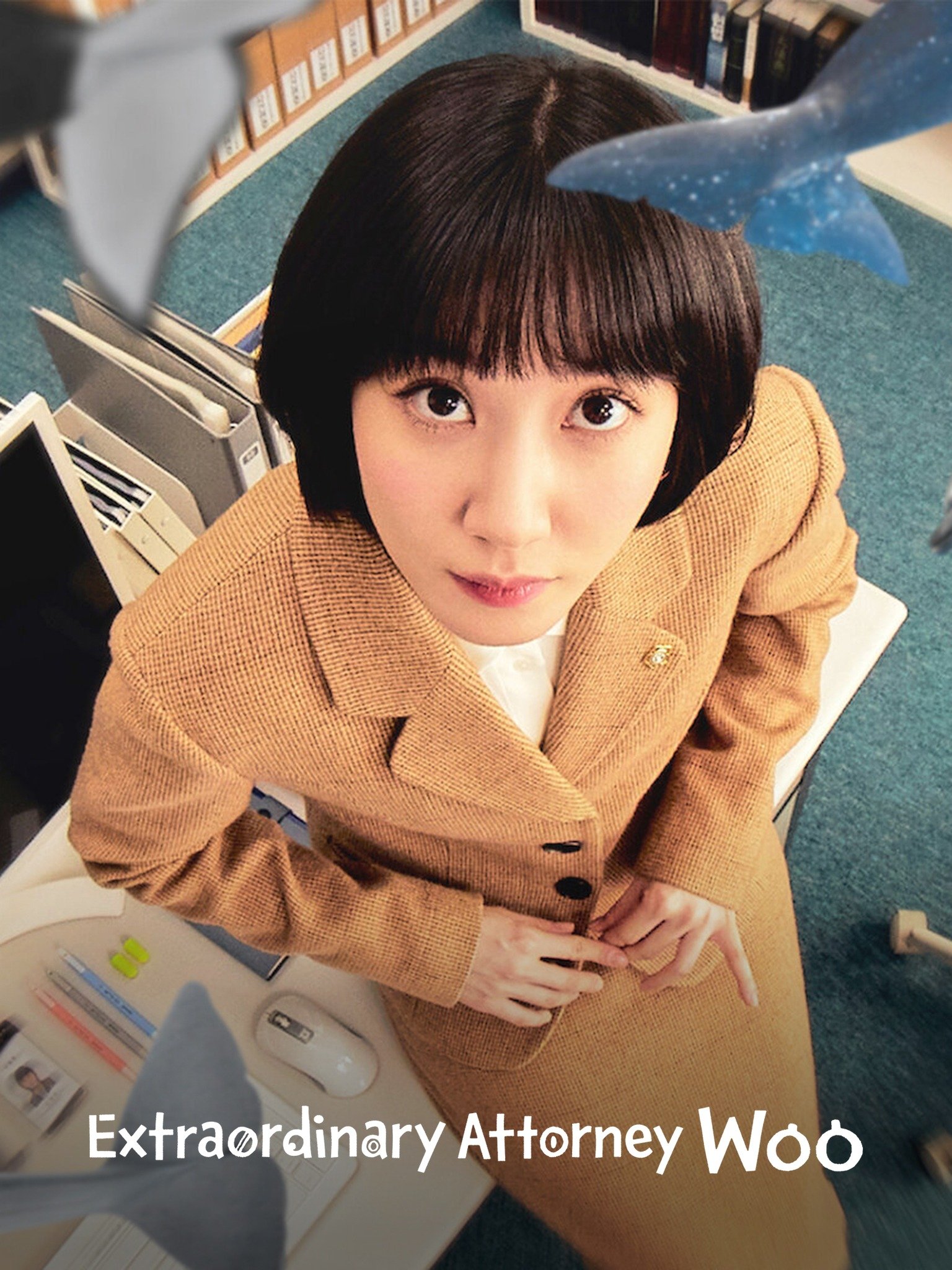 Opening Image: Amid a sea of yellow rubber ducks sits a single blue duck: the same as the others, but different.

Theme Stated: As a child, Young-woo stares up at a glass mobile of whales, swaying from side to side. Her voiceover says, “There comes a day for every parent when they ask themselves if their kids could be special. For my father, that day was November 17, 2000.” The idea of being special, unique, and different will be what others learn from Young-woo (Eun-bin Park).

Set-Up: In the year 2000, Young-woo is five and still has never spoken a word, causing the pediatrician to suggest to her single father that she is autistic. On the way home, her father is accosted by the landlord, Mr. Park, who accuses him of having an affair with his wife, Ms. Choi. In actuality, Ms. Choi cares for Young-woo while her father works, but Mr. Park refuses to listen, physically fighting as Young-woo watches. Her senses overloaded, Young-woo speaks, reciting verbatim a textbook punishment for inflicting bodily injury. Stunned by the sudden outburst, her father is overjoyed, and at home, he learns that she had read and memorized his criminal law book.

In the present day, there are still things in her life that need fixing, though. As Young-woo wakes up in her whale-adorned room, she goes through her series of rituals, preparing herself for the day; everything is in order and as it should be. In her journey, Young-woo will need to adapt to the world around her, but others will also need to embrace her uniqueness.

Catalyst: Young-woo is about to start her new day as an attorney at Hanbada law firm.

Debate: As she stops at her father’s business for her usual breakfast, he reminds her of rules she must follow around others, including the instructions that she is not to talk about whales unless it is absolutely necessary. She takes the bus to her new job, arriving to find herself in front of a revolving door, which she has difficulty entering.

B Story: A young man, Lee Jun Ho (Tae-oh Kang), shows up, helping her through the door and to the office she must report to, aiding her in taking her next steps in her life’s journey. Jun-ho will continue to help her in this episode later as well.

Debate (cont.): Young-woo arrives at the law firm and meets her boss, Jung Myung Seok (Kang Ki-young), and the legal team she will be working with. When her boss confronts the CEO of the firm about hiring Young-woo, stating that she’s “different,” the CEO responds with a simple, “In what way?”

Break into Two: Myung-seok agrees to give Young-woo a public interest case to see if she is fit to work at Hanbada.

Fun and Games: In her upside-down antithesis world, Young-woo will struggle to find her place where she is not ordinary, but extraordinary. The case involves a woman in her 70s who hit her dementia-stricken husband in the head with a small iron (which Young-woo insists looks like a sperm whale). He suffered a hemorrhage and the woman was charged with attempted murder. Young-woo meets with the defendant, who happens to be Ms. Choi, the landlord’s wife from Young-woo’s childhood. When Ms. Choi becomes excited, Young-woo struggles with the physical affection shown to her.

Young-woo uses her knowledge of civil law to come to the conclusion that Ms. Choi would have no motive to murder her husband, as she would lose her husband’s pension and the money they collect from renters. Instead of taking a plea deal, Young-woo proposes to argue that the case is a civil matter, clearing Ms. Choi of any criminal charges. To gather more information, Myung-seok sends Young-woo to the hospital, to be accompanied by Jun-ho.

Midpoint: Meeting each other in the lobby, Young-woo and Jun-ho prepare to go to the hospital. Young-woo still has trouble with the revolving door. Jun-ho sees that things are different for her, and tries a different approach; he tells her to think of it like a waltz. After several attempts, Young-woo finds the rhythm, exiting through the revolving door. It’s a small false victory for her as she steps outside of her comfort zone… and the building.

Bad Guys Close In: As Young-woo and Jun-ho arrive at the hospital, they meet Mr. Park, who soon flies into a fit of anger when he learns who she is, recalling his past suspicions of Young-woo’s father. Later, Young-woo struggles with the idea of understanding emotions, noting that the ones she witnessed from Ms. Choi indicated love toward her husband, not a desire to kill him.

Myung-seok decides that they should request a jury trial, meaning that Young-woo will need to learn how to speak in front of others. Confronting her inner bad guys, Young-woo reflects on how different she is, that she has memorized every book she’s ever read, but can’t go through a revolving door.

Later, while stopping for sushi, she seeks out her friend, Geulami, and asks her to help her practice speaking. At the trial, Young-woo gives her opening statement and Ms. Choi is questioned. Afterwards, Myung-seok decides it would be best to have the husband, Mr. Park, come in to testify on her behalf; upon seeing Young-woo in the courtroom, however, Park flies into another rage and must be carried out.

All Is Lost: As Young-woo talks to the jury about how Ms. Choi had simply lost her patience with her husband on the day of the incident, news arrives that Mr. Park died while being transferred to the hospital. The whiff of death prompts the prosecuting attorney to change the charge from attempted murder to murder.

Dark Night of the Soul: Young-woo questions her role in Mr. Park’s death; if she had not taken the case, would he still be alive? As she speaks to Ms. Choi, Young-woo reaches out a hesitant hand to comfort her before withdrawing it, still not ready for physical touch. Later, while studying the case in her office, Jun-ho stops by. Seeing the picture of the iron, he notes that it looks like a sperm whale, much to Young-woo’s excitement. This prompts her to think about how there might be more to this case; rather than see it through criminal law, to look at it through civil law. Embracing her genius, she realizes that the police report stated that Mr. Park suffered from headaches; perhaps the iron didn’t cause his hemorrhage.

Break into Three: Young-woo returns to court with a plan to prove that Ms. Choi isn’t guilty of murdering her husband.

Finale: Young-woo questions the doctor about the nature of Mr. Park’s hemorrhage, casting doubt on the fact that it was caused by the iron. When the prosecutor objects to her line of questioning, the judge orders her to only ask questions. In a high tower surprise, she repeats what the judge says, a common trait of hers, but one that is not appropriate in court. Young-woo begins to nervously pace, but then digs, deep down, and does a slight, imperceptible waltz to calm herself. Executing the new plan, she brings up the police report and the fact that Mr. Park had a headache prior to being hit. The doctor states that he was not aware of that fact, and he states that a subdural hematoma would have been a possible cause of the hemorrhage, prompting a change in charges to one of inflicting bodily injury.

Final Image: As Ms. Choi comes to the office to thank Young-woo, she embraces the attorney in a hug. This time, Young-woo demonstrates a whiff of change as she does not resist, even attempting to hug the woman back.

(Additionally, each episode also concludes with a scene that furthers the narrative.)