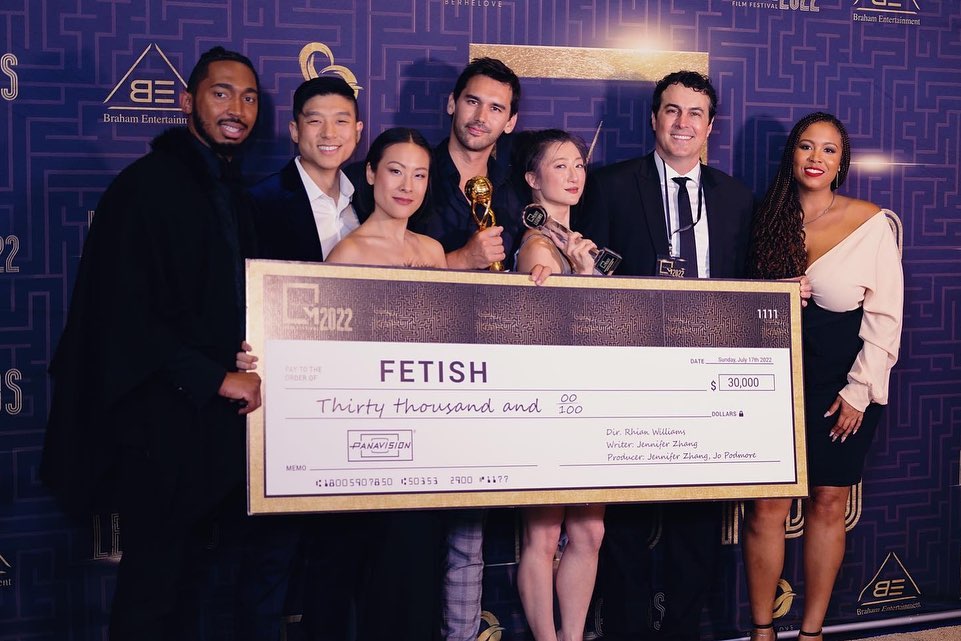 Congrats to Jennifer Zhang, the writer and instructor of the Save the Cat! Cracking the Beat Sheet Online Course, for her film Fetish, which won the Panavision Award: Outstanding Short at the 2022 Micheaux Film Festival!

Jennifer wrote, produced, and starred in the timely comedy about an Asian woman’s one night stand that takes an unsexy turn when breakfast the morning after comes with a side of fetishism.

Directed by Rhian Williams and co-produced by Jo Podmore as a WestWorld Entertainment production, Fetish also won a Micheaux for Outstanding Editing (Short) for the work of Goldmond Fong.

The Panavision Award comes with a $30,000 grant to the filmmakers.

On the role of Save the Cat! in Fetish, Jennifer states: “While the subject matter was extremely personal and something I was passionate about tackling, I knew the message had to be accessible. For me, that meant writing it as a comedy, but also making sure the structure was sound. So I leaned on solid pacing, strong set-ups, and satisfying pay-offs to make sure the message landed. I’m so grateful that the Micheaux Film Festival has recognized what we set out to do with this incredible honor.”

Save the Cat! 5.0 Is Here: Introducing Our Focused Layout