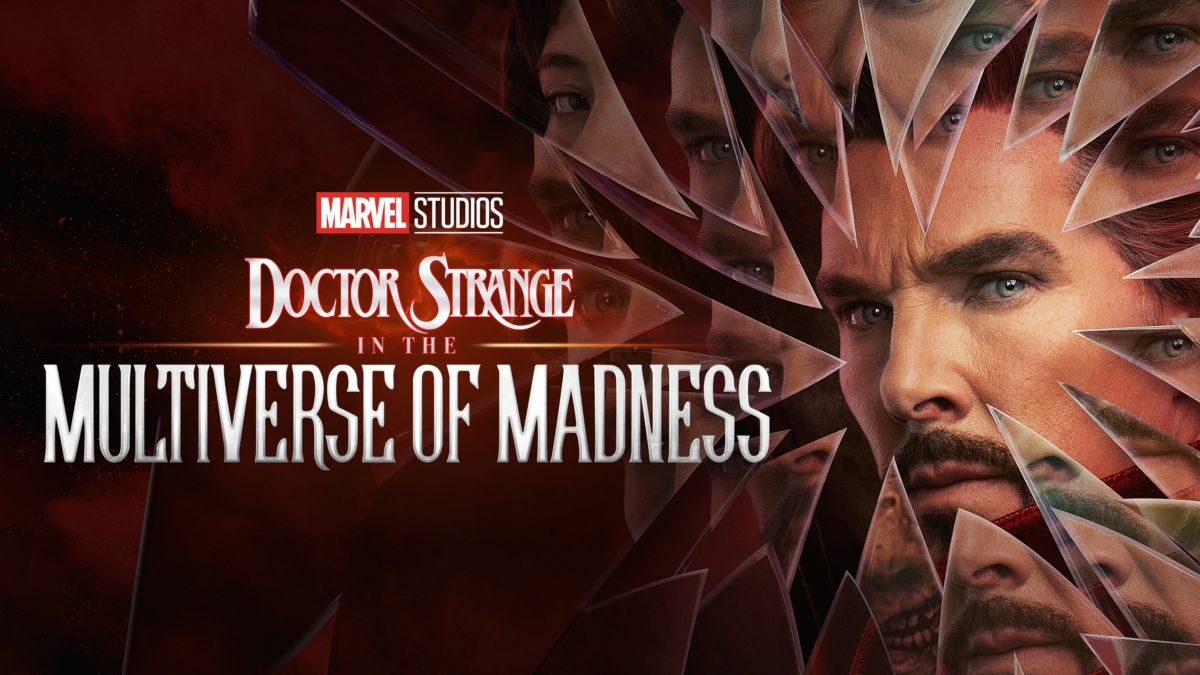 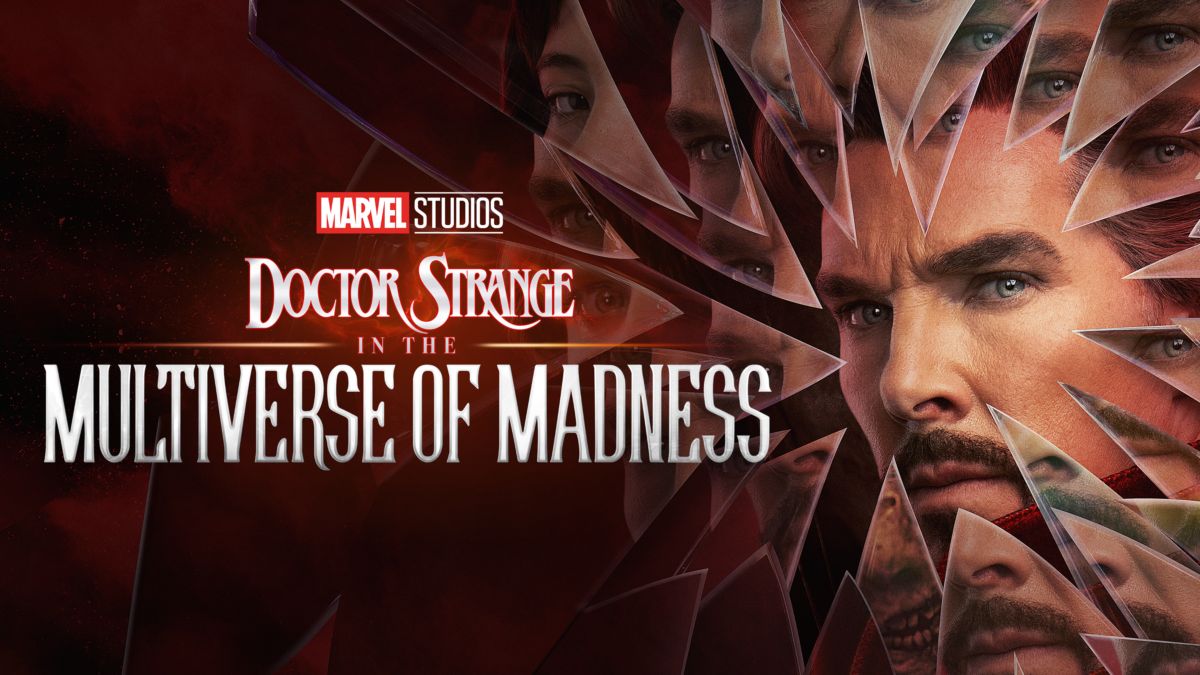 It’s October, the time when we post a slew of Monster in the House beat sheets! Here’s the Blake Snyder Beat Sheet Analysis of Doctor Strange in the Multiverse of Madness!

Opening Image: In a strange dimension known as the Gap Junction, Doctor Strange (Benedict Cumberbatch) runs from a demonic force, leading a young woman whom we’ll come to know as America Chavez (Xochitl Gomez). However, it’s not the Doctor Strange we know…

Set-Up: …but one from the Multiverse, one we know as Defender Strange. As the creature closes in on the pair, Defender Strange reaches for the one object that can save them, the mystical Book of Vishanti. He needs to keep the creature from stealing America’s power of multiversal travel, and in a last-ditch effort, he attempts to drain her power and use it himself, saying that her death is the only way to protect her abilities. At the last moment, America opens a portal and the demon kills Strange, his body being dragged to our world with America.

In our universe, Stephen Strange wakes up from what he believes was just a nightmare. Alone, he gets ready to attend his ex-girlfriend Christine Palmer’s (Rachel McAdams) wedding. There are lots of things that need fixing in his life, as he must face the consequences of his decision to give Thanos the Time Stone years ago. A former colleague blames him for the years they lost, though Strange asserts it was the only way to win. As he watches Christine walk down the aisle, he is stuck in a state of stasis=death, having the power of gods yet unfulfilled personally.

Theme Stated: After the wedding, Christine tells him that their relationship would have never worked because he always had to be the one holding the knife. Learning to give up control will be a lesson Strange learns, and it will take a long journey of universe-hopping to realize it.

Catalyst: The festivities are interrupted as chaos erupts in the streets. Strange leaps into action to discover a tentacled creature chasing a girl: America Chavez.

Debate: A fight ensues and Strange, along with Wong (Benedict Wong), rescue America and question her. America tells them that she comes from another universe and can open doorways to them, but she doesn’t know how to control her abilities. To prove that she isn’t lying, she shows them the corpse of the deceased Defender Strange, which she had hidden. Having seen hex symbols on the creature he just battled, Doctor Strange seeks out Wanda Maximoff (Elizabeth Olsen) while Wong takes America to Kamar-Taj for protection.

At first, Wanda claims to know nothing about the Multiverse, but when she lets America’s name slip, Strange realizes that Wanda was the one who sent the creatures after America. Wanda reveals that she wants America’s power to find a universe where she can be reunited with her sons (following the events of the WandaVision show). She gives Strange an ultimatum: hand over America Chavez or face Wanda’s wrath as her alter-ego, the Scarlet Witch.

Break into Two: The sin is revealed, and Strange refuses to give in to her demands, heading to Kamar-Taj to gather the forces to stop Wanda.

B Story: For Doctor Strange, the mentor relationship with America is the B Story. By protecting her, he will also learn to overcome his need for control.

Fun and Games: A battle at Kamar-Taj ensues, with Wanda using her magic to obliterate Strange’s allies. No magic is powerful enough to stop the monster of the Scarlet Witch, and she eventually finds a way past their defenses. America accidentally unleashes her powers, pulling herself and Doctor Strange across the Multiverse, ending up in another universe known as Earth-838. Although America is used to new worlds, it’s an upside-down world for Strange. In this house, they must seek help as they are pursued by Wanda. Strange finds the New York Sanctum of Earth-838, and he meets this world’s version of his nemesis, Mordo (Chiwetel Ejiofor). Strange learns that his own counterpart died saving the world, and Mordo explains that one way to travel the Multiverse is through dreamwalking, an activity in which one can temporarily possess the body of one of their doppelgangers.

This is a truth Wanda also learned from the book known as the Darkhold, and she soon locates the Wanda of Earth-838, possessing her. However, one of Wong’s allies destroys the ancient tome, forcing Wanda to relinquish control. She takes Wong to Mount Wundagore, the place the Darkhold was created, where its spells are written in stone. She will stop at nothing to find her sons, and soon possesses her Earth-838 self, ready to capture America.

As the promise of the premise shows what it’s like to witness another version of Earth, Strange and America are drugged and imprisoned by Mordo, who can’t trust them. Strange wakes to see Earth-838’s Christine Palmer, a scientist working to study the Multiverse, before he is taken before a group of heroes known as The Illuminati.

Midpoint: The Illuminati reveal that the Strange of their world began to use the Darkhold to find ways to defeat Thanos, but his actions caused another reality to be destroyed. To prevent him from doing more damage, they executed him using the Book of Vishanti. Doctor Strange has a brief false victory as he realizes they have access to the book that can stop Wanda once and for all. The time clocks tick and the stakes are raised as alarms sound; Wanda has entered the building.

Bad Guys Close In: The Illuminati is confident that they can stop Wanda, but soon learn that they have met their match. The Scarlet Witch mercilessly kills them all, using their powers against them as she relentlessly pursues America. Meanwhile, Doctor Strange faces off against Mordo, who believes Strange is a risk for the Multiverse. They fight, and Strange gains the upper hand as Christine and America flee Wanda’s wrath. Strange reunites with them, and he must face his inner bad guys as Christine isn’t sure if she can trust him, insinuating that she couldn’t trust her own Strange.

Realizing that the only way to protect America is to help Strange find the Book of Vishanti, Christine leads them through a secret tunnel to the Gap Junction that her Strange has created. They’re pursued by Wanda, who destroys the Book of Vishanti and abducts America before sending Strange and Christine to yet another universe.

All Is Lost: Now, Wanda has America Chavez and will kill her by taking her powers. The whiff of death is present as Doctor Strange and Christine walk through a desolate Earth, destroyed.

Dark Night of the Soul: Doctor Strange and Christine find the Strange of that Earth, a sinister version of himself. Sinister Strange reveals that he used the Darkhold, harnessing its power until it caused the destruction of his universe. As the thematic premise is referenced, Doctor Strange realizes what happens when he has to be the one in control. He fights Sinister Strange, gaining control of the Darkhold.

Break into Three: To Christine’s horror, Strange plans to use the Darkhold to dreamwalk and save America. It’s the only way to defeat the monster of the Multiverse and end the sin.

Finale: Strange dreamwalks into the corpse of Defender Strange from the opening. As the spirits of the damned assail him, the zombie sorcerer gathers the team by controlling the spirits, using them to storm the castle of Mount Wundagore. Executing the plan, he fights Wanda, using the spirits to trap and suppress her. As she begins to escape, a high tower surprise occurs as Wong tells Strange to take America’s powers for himself, that it’s the only way to stop Wanda from getting them.

Strange digs, deep down, letting go of the metaphorical knife while helping America to gain confidence in her abilities. Now, executing the new plan, he watches as America faces off against Wanda and opens a multiversal door, one that allows Wanda’s children to see her for the monster she has become. Realizing this horror, Wanda relents and destroys Mount Wundagore while seemingly sacrificing herself.

Final Image: After returning to Kamar-Taj, where America is now a student of the mystic arts, Stephen Strange repairs the cracked watch gifted to him by his Christine, a symbol of the peace and wholeness he now has. However, the happiness is not meant to last… as he walks outside, a searing pain shoots through his head as a third eye emerges. His use of the Darkhold has taken its toll.

Is Horror Always 'Monster in the House'?

In a Northwesterly Direction: Ernest Lehman and the Sweet Smell of Success