Cracking the Midpoint: The False Victory 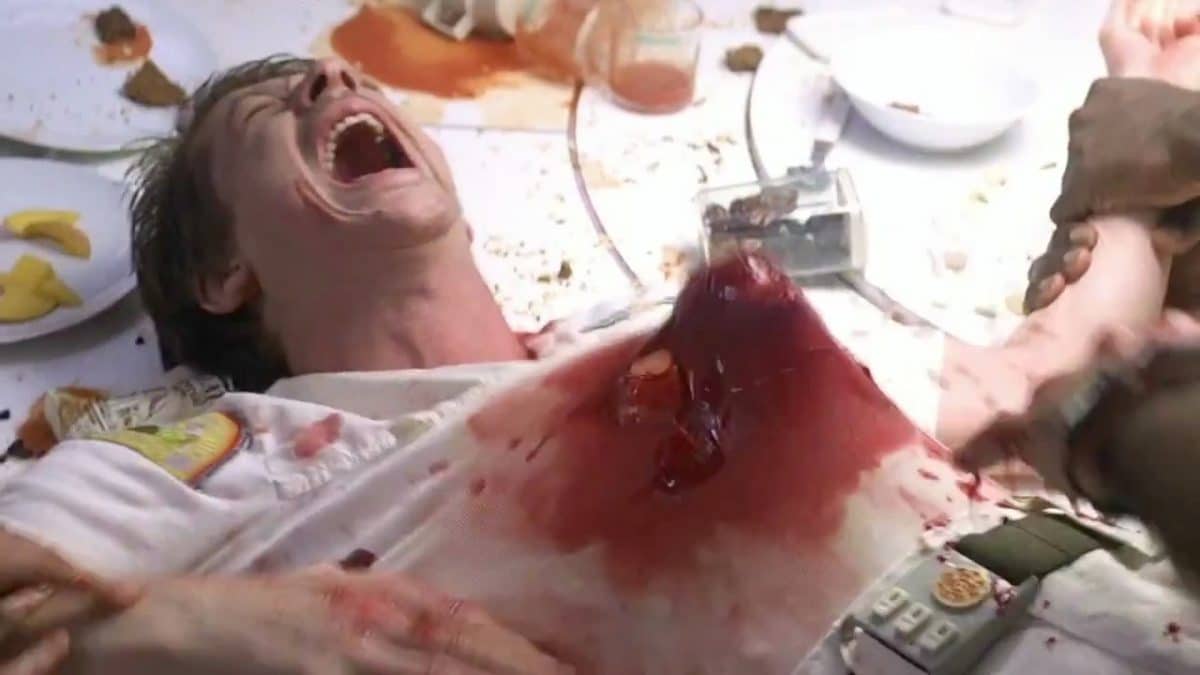 John Hurt as Kane in Alien

There you are, staring at the abyss of Act 2, wondering how you’ll ever get through the vast expanse of pages.

It’s easy to feel overwhelmed with where to even start. But don’t forget: there’s a significant plot point right there at the center of Act 2. Hello, Midpoint! Figuring out that beat can be pivotal (pun intended) to your development. As Blake wrote, “I like to say that if you can crack the Midpoint, you can crack the story.”

We get even more guidance by remembering that Midpoints tend to fall into either false victory or false defeat categories. Great! We just need to throw something into the middle of the story that’s either really good or really bad for the characters, right?

Well, there’s a little more to a strong Midpoint than that. Save the Cat!® also tells us that the Midpoint is where stakes are raised, time clocks appear, A & B Stories cross, and the pace accelerates. These elements don’t all have to happen to make a Midpoint effective, but often a strong Midpoint will utilize more than one.

We might look at Alien and see that the Midpoint beat is when John Hurt’s character, while sitting at dinner with the rest of the Nostromo crew, suddenly has a monster pop out of his chest. Because of this beat, the alien threat is now known to be active (whereas before they believed it was dormant), it has just killed one of their own (a blow to their numbers and their morale), and it is loose on the ship where they’re all currently trapped. That’s a false defeat that turns the story, adds urgency, and raises the stakes in a big way.

Okay, it’s easy to see how a false defeat can ratchet up the tension for your characters. If we’re invested in them, seeing things take a seeming turn for the worse will naturally put us at the edge of our seats, hoping things will turn around again.

What if your story calls for a false victory at the Midpoint? How can a good thing, a seeming turn for the better, add tension or raise the stakes? The key may be in continuing to use those additional elements, despite of or in tandem with whatever success the character has. Let’s look at some examples.

When the false victory is lovers (or buddies) becoming more invested in the relationship, the emotional stakes are raised.

We see this at the Midpoint of 500 Days of Summer. Tom (Joseph Gordon-Levitt) and Summer (Zooey Deschanel) have just come home from a date and, for the first time, Summer (the elusive one in the relationship) starts to open up to Tom. She’s never done this before – with anyone – and Tom feels special (a false victory). They make love – the classic “Sex at (page) 60.”

It’s an emotional risk to grow closer to someone. The stronger the feelings, the higher the stakes. So even though things are going well, that just means there’s more to lose. And the writers of 500 Days did a great job of showing us exactly how invested Tom was becoming, and how devastated he would be when Summer broke his heart.

When the false victory of gaining help comes with a great sacrifice or at a steep price.

There’s a good example of this in Gravity, when we see fellow astronaut Matt (George Clooney), a mentor to main character Ryan (Sandra Bullock), sacrifice his life for Ryan’s survival. It’s at the Midpoint that Matt disconnects his tether and drifts into space so that Ryan can and will go on to the International Space Station, her only hope of staying alive.

Not only is Ryan now alone (making her struggle all the more difficult, since she’s an inexperienced astronaut) but Matt’s sacrifice also means that the cost of this journey has just increased. When success costs more, it often means more. As the audience, we lean in to see if the hero will succeed in the end, hoping that the sacrifice hasn’t been for nothing.

Another example can be found in the movie Precious. At the Midpoint, Precious (Gabourey Sidibe) meets with a Welfare counselor and inadvertently tells her about bearing a child by her own father. The family refers to the child as “Mongo” — short for mongoloid — because the girl has Down’s Syndrome, and she lives with Precious’s grandmother — all family secrets that have long been kept hidden. Now that Precious has started talking, she cannot and will not stop. As she leaves the office, her voice-over tells us, “That’s the end of the Welfare checks. I couldn’t lie no more.”

This is a major breakthrough for Precious, who had been suffering in silence her entire life. Her silence had isolated her and eliminated her hope for help or change. Once she breaks her silence and begins accepting help, her life begins to take a turn for the better. But the road is still difficult and long, as we see here. She’s no longer allowing herself to be mistreated by remaining silent about it, but exposing what’s really going on means her situation just became even tougher. Now she’ll lose her source of income and support, as well as incur her abusive mother’s wrath for doing so.

When the false victory creates urgency with a time clock.

In Liar Liar, ex-wife Audrey (Moira Tierney) takes Fletcher (Jim Carrey) to the impound lot to get his car. Here, the B Story crosses with the stress of the A Story as Fletcher admits that he’s a bad father to son Max (Justin Cooper) and begs for a second chance. Audrey relents. She will not move to Boston with Max (false victory) if Fletcher can prove he really means to change by making it to see Max after Fletcher’s big trial.

Fletcher now has a deadline – the time clock he’ll spend the rest of the second act racing against. It adds urgency and raises the stakes, since this is his last chance; if he fails, Audrey and their son will be gone, starting a new family with another dad.

When the false victory of making progress means the hero is crossing a line they can’t uncross.

At the Midpoint of Body Heat, Ned (William Hurt) kills the husband of his lover, Matty (Kathleen Turner). This is the plan Ned and Matty have been hatching together, and now it’s going off without a hitch. Ned takes the body of husband Edmund (Richard Crenna) to an abandoned building in which Edmund had a business interest, and destroys the building with an incendiary device from one of Ned’s shadier clients, Teddy Lewis (Mickey Rourke), to make it look like a botched arson job.

It’s all going so smoothly. They’re winning. Ned and Matty might actually get everything they want. But what Ned’s doing (and he is doing all the heavy lifting here) is illegal. So even though this Midpoint sequence is a success and takes them closer to their goal, the stakes are raised because Ned’s crossed a line he can’t uncross. From here on out, he has to deal with the consequences of his irreversible actions.

So when you’re cracking that Midpoint beat, remember that a good false victory can tighten the screws on your characters just as much as a false defeat. Use the additional elements to keep your characters on their toes – and give the story the tension it needs to keep the audience locked in all the way to the end.