A Master Cat! Transforms His Audience 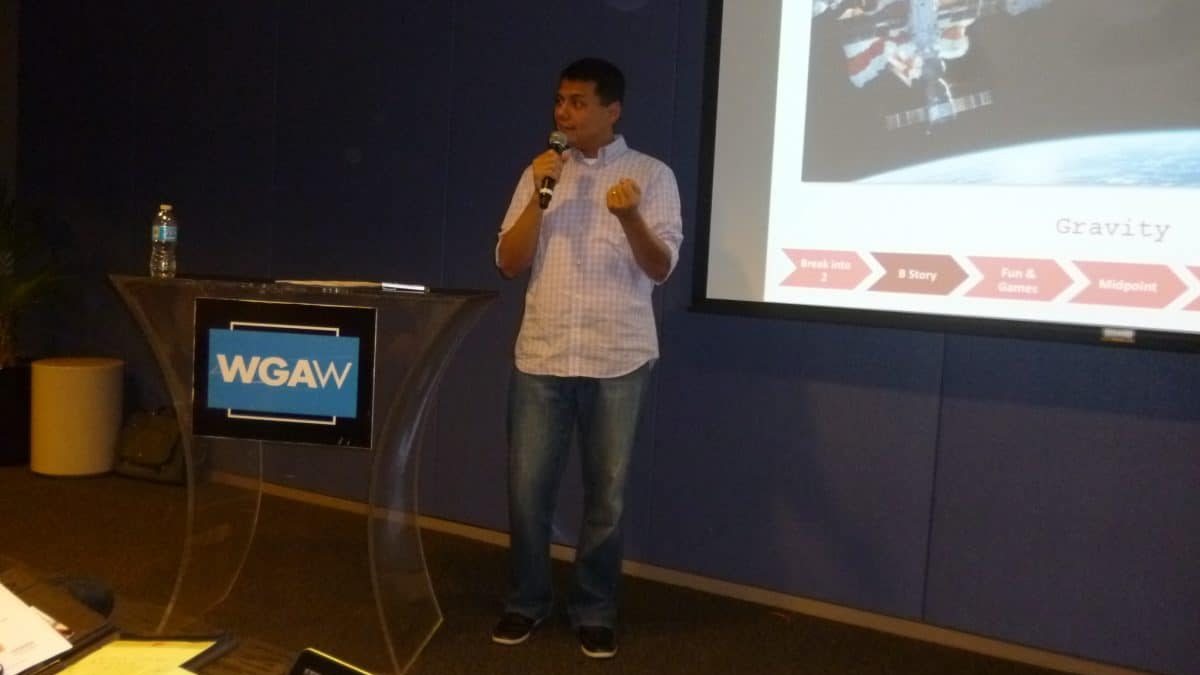 It was a masterful night as José Silerio hosted a standing-room-only crowd from the Veterans Writing Project at the Writers Guild of America West. José explained the step-by-step process of the Transformation Machine in a 90-minute plus powerpoint that compared the 15 beats of The King’s Speech, 12 Years a Slave, Silver Linings Playbook, Argo, and Gravity.

José demonstrated how the beats can create the backbone of a story where your protagonist changes — both internally and externally — at this monthly event of the Veterans in Film & Television, an outstanding group comprised of over 1500 military members and veterans working in the film and television industry. Created and operated by veterans, VFT makes it simple and easy for the film and television industry to connect with the veteran community working in it. It is a resource for the industry to find and hire veterans. It is also an organization for veterans who work, or aspire to work, in film and TV to interact with, support, and learn from each other.

The event was co-hosted by the Writers Guild Foundation, which celebrates the vital importance of screen storytelling and storytellers, and sponsors the Veterans Writing Project. Our special thanks to our hosts, Kevin Ott, Director of Communications of the Writers Guild Foundation, and Michael Dowling, Co-Founder of the VFT. And, above all, our gratitude to Geoff Reeves and the incomparable Anne Lower, who introduced us to the VFT. We look forward to more events with this vital organization.

Best of Our Blogs: A Safe Place

How to Train Your Dragon 2 Beat Sheet