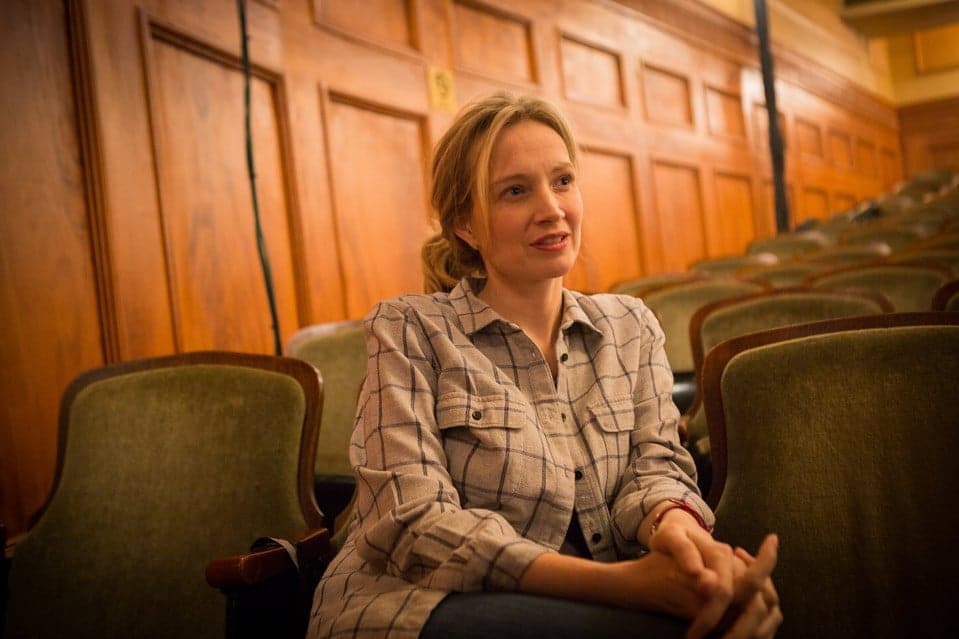 Beat Sheet Workshop grad and Friend of STC! Bess Wohl has had an exhausting spring, but she’s not complaining!

Bess is writing the pilot for Broad Squad from Gossip Girl creators Stephanie Savage and Josh Schwartz. Inspired by true stories, the ABC series follows the first four women to graduate from Boston’s Police Academy in 1978.

And that’s just the start! The world premiere of Bess’ play Small Mouth Sounds, about a group of urbanites at a silent retreat, opened off-Broadway on March 23 to raves, including this review in the New York Times, which calls the play “enchanting,” “funny,” “quietly moving,” and “a model of ingenuity.” The Times also wrote a feature on Bess: “In Bess Wohl’s ‘Small Mouth Sounds,’ a Loss of Words Leads to a Gain in Insight.”

And there’s more! Bess wrote the book for Pretty Filthy, the musical which opened at the Henry Street Settlement’s Abrons Arts Center on March 1!

As Variety‘s Marilyn Stasio wrote in her review of Small Mouth Sounds: “Disney has already grabbed her, and she’s got history with Paramount, so playwright Bess Wohl isn’t exactly a free agent. But with her theatrical know-how and offbeat imagination, recently on view in American Hero and Pretty Filthy, this is a scribe worth fighting over.”

We’ll fight over you anytime, Bess!