The Mitchells vs the Machines Beat Sheet 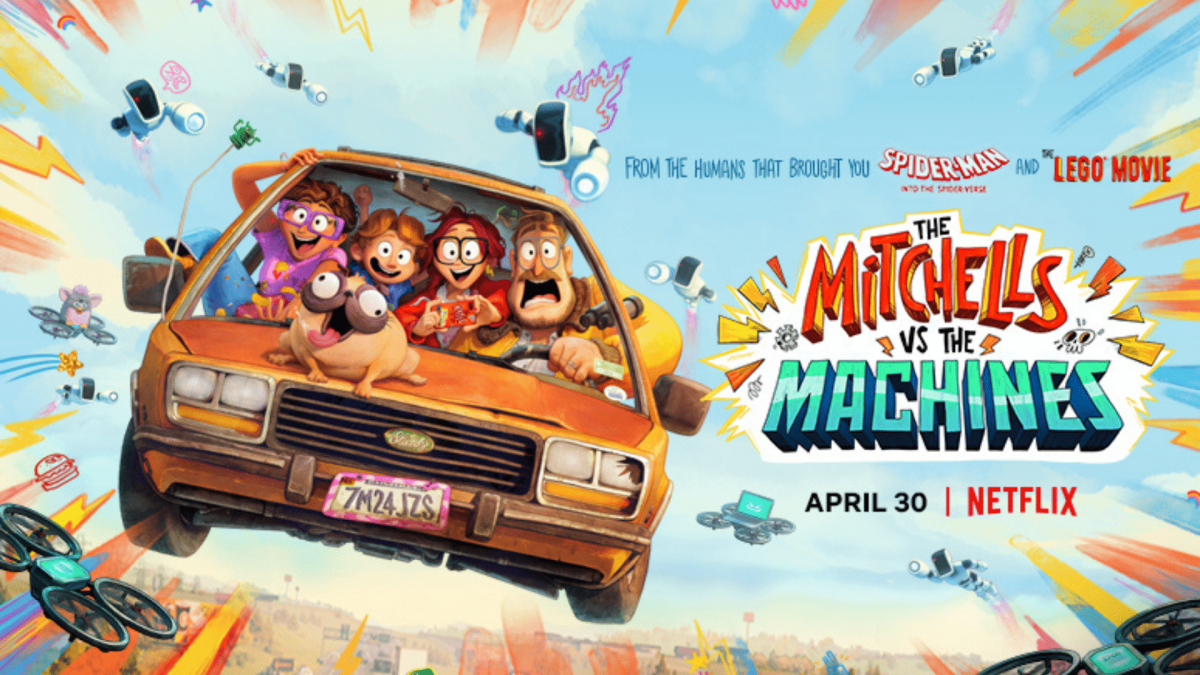 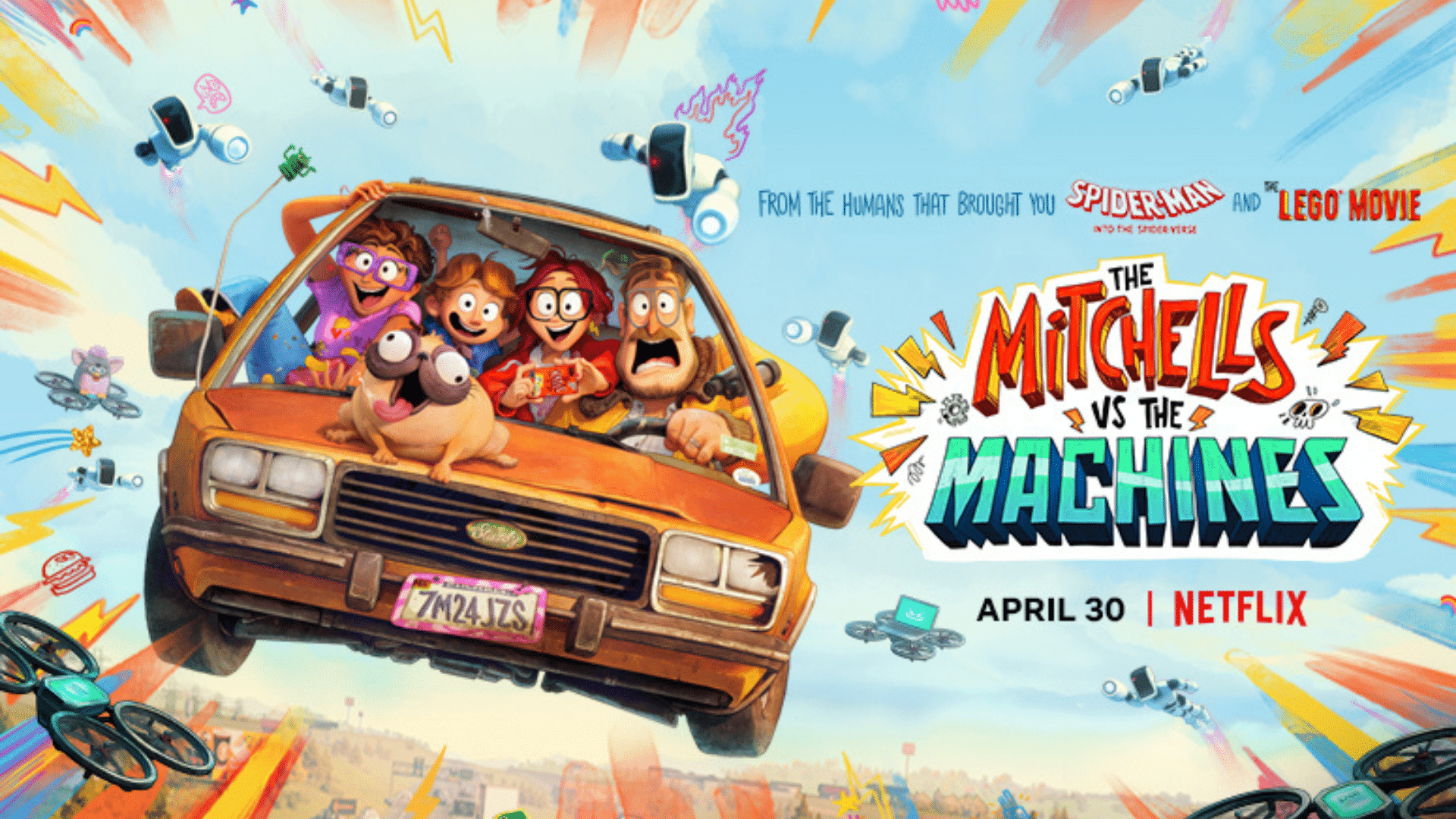 Whether it’s a technologically challenged (and terrified) dad, robots that can’t tell the difference between a dog and a loaf of bread, or a swarm of Furbies bent on the destruction of mankind, The Mitchells vs the Machines shines with hilarious moments. But look closer, and you’ll see a film that’s deep, filled with heart and humanity. Beneath the roller coaster of action and adventure lies a primal story centered around a father-daughter relationship, one in which both characters undergo a transformation through the beats.

Opening Image: Pictures of different families appear on the screen as the main character, Katie (Abbi Jacobson), talks about the challenges all families face. As a metallic foot stomps on a cell phone, she notes that her family’s greatest challenge is probably the machine apocalypse.

Set-Up: Through Katie’s home movies and narration, we learn all about her quirkiness, and how she has never felt like she’s fit in anywhere. She’s part of a family of four, with a nature-loving, technophobic father. Her mom is supportive, and her younger brother is her closest friend. Still, it’s clear that there are things that need fixing. Tension exists between her and her dad, Rick (Danny McBride); they don’t see eye to eye, and Katie is eager to go to the California College of Film and make her mark on the world.

Theme Stated: After being accepted to her dream college, Katie says, “After all these years, I’m finally gonna meet my people.” It’s a thematic premise centered on identity: who are we, and who helps to define us?

Set-Up (continued): Unfortunately, Katie’s dad doesn’t share in her enthusiasm. At the family’s final meal together before Katie flies to her new school, Rick accidentally breaks Katie’s laptop, her pride and joy and window of creativity. In her stasis = death situation, she can’t wait to be gone from home forever. Katie’s mom, Linda (Maya Rudolph), tells Rick that he needs to fix their relationship before it’s too late, and after watching old home videos, Rick decides to make things right…

Catalyst: … by cancelling Katie’s flight, and instead going on a family road trip across the country.

Debate: Unfortunately, Katie doesn’t see this as an exciting prospect. She’s missing out on meeting her new friends, and must continue living in her thesis world where she doesn’t belong. But that’s the thing about a good story: what the hero wants isn’t what they need. It’s going to take an extra push to get her to realize this, and as her family travels, the head of tech giant PAL Laboratories, Mark (Eric Andre), reveals his newest breakthrough to the world. His company’s artificial intelligence, PAL, is being incorporated into robots. Though he promises they will be obedient, they immediately turn on him, as well as the rest of humanity in a double-bump.

Break into Two: At a roadside stop, the Mitchells witness the beginning of the machine apocalypse and must flee for their survival. It’s an upside-down world for sure!

B Story: The B Story focuses on the relationship between Katie and her father. While Katie wants nothing more than to get to college and meet her friends, finding her people, she needs to realize that her family is a big part of what defines her. Only by working with her father can she achieve her goal.

Fun and Games: Katie and her family navigate their way through the antithesis world of the machine apocalypse, discovering through the PAL app that all humans have been captured. The family escapes, only to be confronted by malfunctioning robots who join them. They learn that there’s a way to stop PAL, though Katie and Rick disagree on how to do it. Eventually, Katie relents and motivates Rick, though she later admits to her brother that she was just saying what her dad wanted to hear. Disguising their car, they attempt to go to a PAL store at a mall and upload the kill code. The promise of the premise shines through as the Mitchells are pursued by PAL robots but escape.

Midpoint: Finally, the family arrives at the PAL store, enters the empty mall, and begins uploading the kill code. It’s a false victory, though; a time clock appears as PAL reveals the ultimate plan to Mark: all humans will be launched into space. The stakes have been raised, as it’s more important than ever for the Mitchells to be victorious.

Bad Guys Close In: Unfortunately, as the kill code slowly uploads, the bad guys close in as machines in the mall begin to attack. The family works together, fending them off (even a swarm of Furbies). When the wi-fi router is destroyed in the battle, they must travel to the source to stop the robots. As Katie and her mother talk, Katie’s internal bad guys manifest; her mom reveals that Rick is worried about Katie’s dreams not coming true because he loves her, and has experienced the pain of failure himself. Meanwhile, PAL unleashes more effective robots, and all are bent on finding and capturing the Mitchells. As the family infiltrates the compound, dressed as robots themselves, they risk their lives. PAL has a plan, though, stating that she has studied the Mitchells and knows what kind of family they are.

All Is Lost: Just as the Mitchells begin to ascend the central tower, PAL plays footage of them, revealing their worst moments. When Rick sees Katie say that she didn’t really believe in him, he is crushed, and Katie regrets her mistake. The whiff of death is present as their relationship crumbles, and the parents are captured.

Dark Night of the Soul: Katie and her brother escape, and she has no idea what to do. Watching an old family movie on her camcorder, she learns the sacrifices her dad made to raise her, and as A and B Stories meet, she realizes that she’s been with her people the entire time. Meanwhile, Rick is in captivity next to Mark, who is watching one of Katie’s movies. He realizes her talent and the joy she brings others, and decides he needs to encourage her. Though he doesn’t care for technology, it’s helped Katie discover herself.

Break into Three: In her synthesis world, Katie knows she must save her family. To do so she will need to use her creativity as well as the lessons she’s learned along the way.

Finale: Katie gathers the team of herself and her brother, and she storms the castle by executing her plan, exploiting the robots’ weakness. Meanwhile, Rick and Linda escape to help Katie, using their own ingenuity. Just as Katie gets close to PAL, she faces a high tower surprise and is captured. In an ineffective speech, she digs, deep down and attempts to explain to PAL how important family is, but is tossed from the tower. When her father catches her, the two execute the new plan and work together to destroy the machines and save humanity.

Final Image: After Katie is dropped off at college, she tells her dad that she’s already found her people: her family. They made her who she is, and she finally embraces that. After months away at school, she joins her family to accept medals of honor. It’s time for another road trip.

Announcing the 2022 Save the Cat! Screenplay Challenge