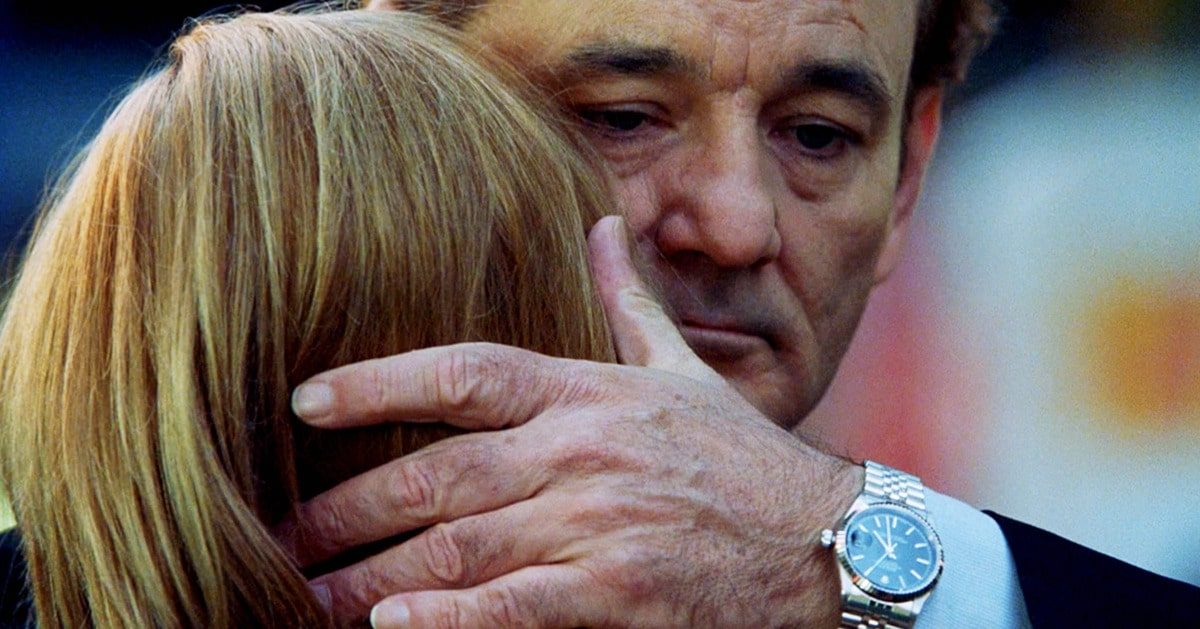 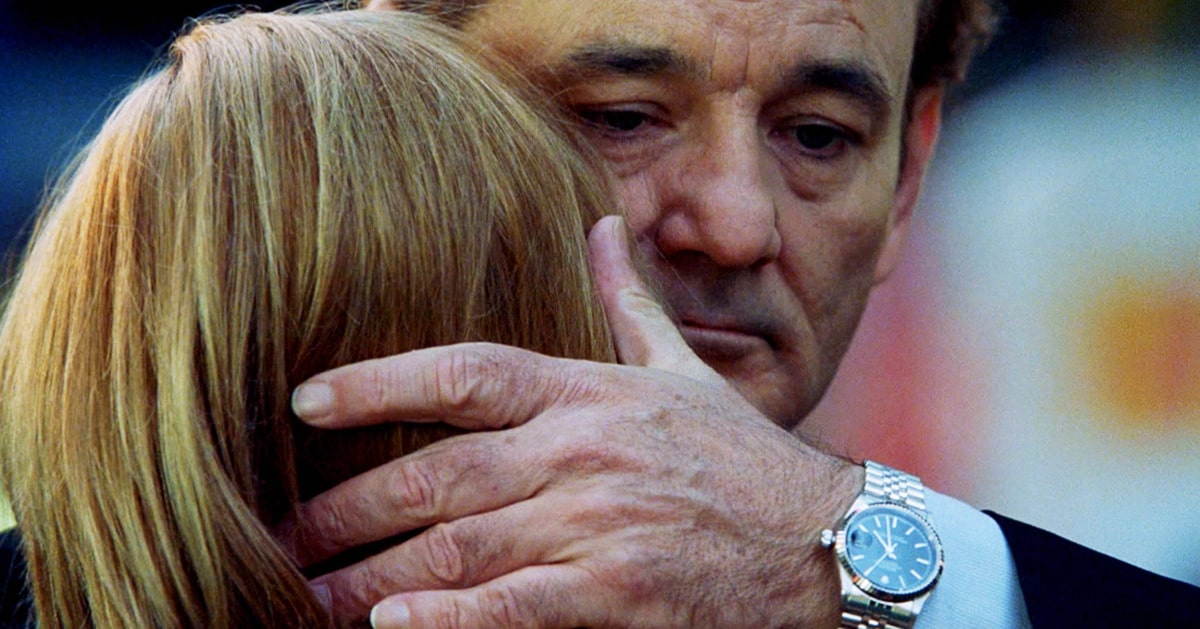 See how writer/director Sofia Coppola hits the beats in this excerpt from Salva Rubio’s Save the Cat!® Goes to the Indies: The Screenwriters Guide to 50 Films from the Masters.

Written and Directed by: Sofia Coppola

For an actor or musician, to be “big in Japan” means to enjoy a time of success and popularity in the Asian nation. Ironically, it also can imply that the artist in question is going through a lean spell in his native country, market… or life.

This very special movie tells the story of Bob Harris, an actor who travels to Tokyo to endorse a particular brand of whisky, but just like in his career, he is actually going through a midlife crisis only worsened by the feeling of loneliness and detachment in a society so different from his own.

When Bob finds Charlotte, a twenty-something college graduate going through a similar phase, a window of life possibilities opens for both of them. But as in any good ROP, they approach the situation “the wrong way” and, afraid of daring to make their lives different, avoid acknowledging their mutual feelings… and risk losing each other.

Sofia Coppola managed to establish herself as a renowned filmmaker with this, her second movie. Perhaps due to its Japanese spirit, the beats of the story are subtle and even fleeting, making it a particularly good film for our study. So pay close attention, and be careful not to get lost in the translation of this beat sheet!

Opening Image: After a close-up shot of, well, a certain body part of Charlotte (Scarlett Johansson), we meet actor Bob Harris (Bill Murray), newly-landed in Tokyo and sleeping in a taxi, unaware of the night lights of the city around him. Bob’s sleep is the sign that he is oblivious to life and the new opportunities that this strange world may present to him. In the end, we will again see him in a taxi—a very different man.

Set-Up: Celebrity Bob seems eager to remain anonymous, but as he quickly discovers, it’s not that easy: he is too tall to blend in, too big for the hotel robe and too famous to be unrecognized. At the same time, we meet Charlotte, a young American girl as sleepless and as out of place as he is. Both seem to be in Stasis=Death moments—either something must change in their lives, or they will remain like this forever.

Theme Stated: The theme is subtly stated in the guilt-inducing fax that Bob’s wife, Lydia, sends him, complaining that he has forgotten his son’s birthday. “I’m sure he’ll understand,” Bob says. He is detached from his family, love and career; we know that if he returns to America unchanged, his life is destined to be unhappy.

Catalyst: Bob and Charlotte meet in the elevator— two strangers who stand out so much from the crowd (one tall, the other a blonde) they secretly share a small glance and a shy smile.

Debate: Will they end up getting to know one another? That is the question to be answered while we learn more about their lives. Bob struggles with translation issues during his frustrating commercial shoot, and Charlotte feels ignored by her celebrity photographer husband John (Giovanni Ribisi). Then, Bob rejects the “premium fantasy” of a prostitute (showing he is not up for just an easy fling), while Charlotte wanders through Tokyo, frustrated at not being able to feel anything when she visits a temple. Are they both out of touch with passion?

Break into Two: At minute 23, just when it is supposed to happen, Charlotte and Bob acknowledge each other at the bar. No words are exchanged, but their slow mutual convergence has taken a definite advance, with no turning back for either.

B Story: Both Bob and Charlotte have B Stories dealing with their unsatisfactory current relationships. All that Lydia is worried about is what color Bob prefers for his carpet, and John seems to be too interested in shallow-but-sexy celebrity Kelly (Anna Faris). Neither Bob nor Charlotte seem to find the romance, understanding and attention they desire from their current partners.

Fun and Games: How do two sleepless, lonely strangers spend their time in Tokyo? Their separate scenes become an exploration of their searches in life: Bob tries to live healthier by exercising and swimming, while Charlotte listens to a self-help tape and practices ikebana. Finally, they happen to meet at the bar again and clearly lay their boundaries, promptly telling each other that they are married. “You are probably just having a midlife crisis,” she says, acknowledging our ROP tropes. After more loneliness, insomnia and feeling out of place, when Charlotte’s husband leaves her alone for a few days, she extends an offer to Bob to go out with some friends.

Midpoint: This excuse to go out becomes, as in any good Midpoint, a chance for their public coming out, that is, to behave as if they had indeed changed. They both have fun with their new friend, sing karaoke and run away from an enraged airgun-toting bar owner, finally sharing intimacy and a cigarette when Charlotte leans her head on his shoulder. With the risk of infidelity looming, the stakes have been raised. Minutes later, Bob takes her in his arms to her room. But while this is as much Sex at 60 we will get, Bob just tucks her into bed—they are not ready for something more. Back in his room, Bob talks to his wife, but again, it’s all about domestic matters, not him. “That was a stupid idea,” he says. Is he referring to the phone call or to imagining that he and Charlotte can be together?

Bad Guys Close In: The clock is ticking as both Bob’s and Charlotte’s time in Japan is slowly coming to an end. Have they changed after their Midpoint adventure? They should have, but haven’t! Bob plays golf alone while Charlotte looks through old pictures. They also spend more time together, talking about life and hopes for the future. They sleep in the same bed, but still don’t have sex—although Bob allows himself to rest his hand on her feet. “I’m stuck,” she confesses. “You’re not hopeless,” is his answer. Bob decides to do a talk show to stay a little longer with her, but he feels ridiculous—it is precisely the kind of life he hates. When his wife calls again, he can’t help but tell her he is feeling lost. “Why don’t you just stay there?” she asks sarcastically, knowing it is impossible. Bob concedes and asks about the kids, returning to his father persona. “Do I need to worry about you, Bob?” Lydia finally asks.

All Is Lost: Disillusioned, Bob returns to his old ways, smoking a cigar and drinking alone at the bar… and he ends up sleeping with the redheaded singer. The next morning, Charlotte catches him and becomes angry. Bob gets a call from his wife and tells her that he will soon be home. In a restaurant, Charlotte feels hurt and makes fun of his age, while Bob counter-attacks with her need for attention. All mutual understanding lost, they seem more apart than ever, the whiff of death surrounding this once-promising relationship.

Dark Night of the Soul: That night, the fire alarm goes off, and they find each other at the hotel’s entrance, again alone and lost among many unknowns. They make amends and share a last night at the bar, taking each other’s hands. “I don’t want to leave,” she says. “So don’t. Stay here with me. We’ll start a jazz band” is his answer. Sadly, they are obviously joking, as they still don’t seem to believe that it is possible to change their lives and be together.

Break into Three: They share a peck in the elevator, the place they met, but nothing else happens. When will the tension break? The next morning, A and B Stories cross as Charlotte gets a fax from John. It seems almost inevitable that Bob and Charlotte will go on with their lives.

Finale:
1. Gathering the Team: In the morning, Bob calls Charlotte from the lobby to try to see her once more.
2. Executing the Plan: Bob, ignoring a blonde bimbo who is trying to hit on him, meets Charlotte and says goodbye. Although she seems open to his suggesting something, he does not dare to say anything more. And off she goes, maybe forever…
3. High Tower Surprise: Just when he thought he had lost her, Bob spots Charlotte’s blonde hair in a crowded street. It is his last chance, either now or never!
4. Dig, Deep Down: Bob “digs, deep down,” jumps from the taxi and chases Charlotte, embracing her and releasing the tension between them. At last, they are being sincere with their feelings.
5. The Execution of the New Plan: Bob has a plan for both of them, which he whispers in her ear. There has been much debate about his actual words, which remain unheard. But what is important (show, don’t tell) is that afterwards, he kisses her, at last showing his love for her and thus signaling his own change.

Final Image: Bob gets in the taxi, smiling at Charlotte. He is a changed man. In the beginning, he was out of touch with himself, but after acknowledging his feelings for Charlotte, he is starting a new phase in his life, having found “acceptance.” We don’t know what will become of Bob and Charlotte… but we do know they will never be the same.