Opening Image: Ireland, the 1950s. Eilis (Saoirse Ronan), a young woman, leaves her house early in the morning to go to church. She yawns through the sermon.

Set-Up: We see Eilis at “home,” “work,” and “play.” This is her status-quo world before the big move to America.

Work: She works in a general store for the overbearing, nasty Miss Kelly who picks on everyone, even the customers. Eilis is too timid and meek to stand up for herself. Her boss makes her feel guilty for abandoning her family to move to America. The guilt is written all over Eilis’s face.

Home: Eilis lives with her mother and sister. We see how bonded Eilis is with her sister, Rose, who we soon learn helped get her the job in America.

Play: Eilis goes out to a dance with her best friend, Nancy. Eilis doesn’t dance with anyone and ends up leaving alone.

Theme Stated: As Eilis packs for America, her sister Rose says, “I can’t buy you the future. I can’t buy you the kind of life you need.” The theme of this movie, like so many Rites of Passage stories, is about growing up and making choices. Eilis will eventually have to learn not only how to build a life for herself, but also how to choose the life she really wants, despite what others want for her.

Debate: Is Eilis ready for America? After a bout of seasickness, Eilis meets her roommate, Georgina—a confident, bold, “experienced” Irish woman who already lives in America (basically the polar opposite of Eilis). They bond and before arriving in America, Georgina gives Eilis a quick makeover and some helpful tips about getting through immigration. “Think like an American.”

Break into Two: In dramatic slow motion, Eilis walks out the symbolic blue door of the immigration building and into the heart of New York, her new home, and the movie’s new upside-down world.

Fun and Games: At first, Eilis flounders in her new world. She doesn’t fit in with the other gossipy, superficial girls at Mrs. Kehoe’s boarding house. She’s not very good at her job because she’s so shy and awkward. She eats lunch alone every day. And she’s heartbreakingly homesick.

But things start to turn around for Eilis when she enrolls in a bookkeeping night class. She excels at the class and finds joy and purpose in it.

B Story: Everything changes for Eilis when she meets Tony Fiorella. As every good B Story should, Tony helps Eilis learn the theme about building and choosing your own life, instead of going along with the life others have chosen for you. In a letter to Rose, Eilis writes, “Tony has helped me feel like I have a life here. Before I met him, my body was here, but my life was back in Ireland with you. Now it’s halfway across the sea.” The fact that Tony is not Irish, but Italian, only helps her move away from her past.

But even though she’s told Rose about Tony, she still hasn’t told her mother, symbolizing her resistance to really embrace this new life.

Eilis and Tony’s relationship progresses, cultivating in a stakes-are-raised moment when he tells her he loves her and she can’t say it back. Why? Because she hasn’t yet fully learned the theme and is unable to trust in her ability to make her own choices.

Midpoint: In a false victory, Eilis is finally able to say “I love you” back to Tony. She also passes all of her night school exams. It seems she’s come a long way from the sad homesick girl who arrived in America.

She and Tony visit Coney Island, frolic in the ocean, and kiss in front of everyone — a public declaration of Eilis’s new Act 2 self. It would seem Eilis has finally managed to make a new life for herself in America. But will she choose that life when times get rough?

Bad Guys Close In: The Bad Guys immediately start closing in after the Midpoint when Eilis’s mother finds Rose dead in her bedroom. Eilis knows she has to go home to visit her grieving mother, but when she tells Tony, he worries she won’t come back. “Home is home,” he says in a restatement of the theme. Can she really resist the pull of the life she left behind in Ireland, in favor of the new life she built in America?

Tony asks Eilis to marry him before she leaves and she says yes, but it’s clear she’s having some reservations. Without telling anyone, they get married at City Hall.

When she gets back home to Ireland, Eilis is insistent she’ll only stay one month, which sets up an emotional ticking clock. She has T-minus one month and counting to “learn the theme” and choose between the new life she built for herself and her old life in Ireland. But the longer she stays, the harder that choice becomes — especially after she takes over her sister’s old bookkeeping job which she immensely enjoys, and starts falling for Jim Farrell (Domhnall Gleeson), a nice Irish boy from a good family who could easily give her a good life here. Not to mention the guilt she feels for leaving her mother who now has no one.

All Is Lost: Eilis returns home from hanging out with Jim to find a letter from Tony. She doesn’t open it and puts it in a drawer along with other unanswered letters. At this moment, it would seem all hope of her learning the theme is lost as she’s literally stuffing her new life into a drawer.

Dark Night of the Soul: As the ticking clock runs out and the date of her planned return to America approaches, Eilis meets Jim’s family and even slips up in the conversation, hinting that she might eventually live with him. She tries to write a letter to Tony but can’t find the right words. Then, during a slow dance with Jim, he tells her he wants her to stay. “Your life here could be just as good,” he says. “Better maybe.” What will she do???

It isn’t until she runs into her former, nasty boss, Miss Kelly that Eilis is reminded of what this town and this life is really like. In a mirror beat to the Set-up, she stands up to Miss Kelly — who has learned about Eilis’s marriage in America and threatens to reveal her secret — telling her off and showing how far she’s come from the timid young girl who left Ireland.

Break into Three: Eilis admits to her secret marriage, claiming proudly, “My name is Eilis Fiorello.” In this declaration, she’s choosing her new life and her new American identity.

Finale: Eilis goes straight to the travel office and books her passage home to America. But she still has to do the one thing she hasn’t yet been able to do: tell her mother about Tony (aka her new life). She tells her the truth about the marriage and her mother is surprisingly understanding. Eilis packs her bags and says a last goodbye to her childhood bedroom — her old life.

On the boat back to America, Eilis meets a shy, timid girl who reminds her of her former self. The roles are now reversed. Eilis is the bold, confident woman traveling home to America. She gives the girl the same advice that Georgina gave to her in the Debate.

Final Image: When Tony gets out of work, Eilis is waiting for him. He runs to her and they embrace. All the while, the VO of her advice to the girl on the boat narrates the final image. “Then you’ll catch yourself thinking about something or someone that has no connection with the past. And you’ll realize that this is where your life is.”

Be sure to check out Jessica Brody’s on-demand workshop, with the special STC! discount. 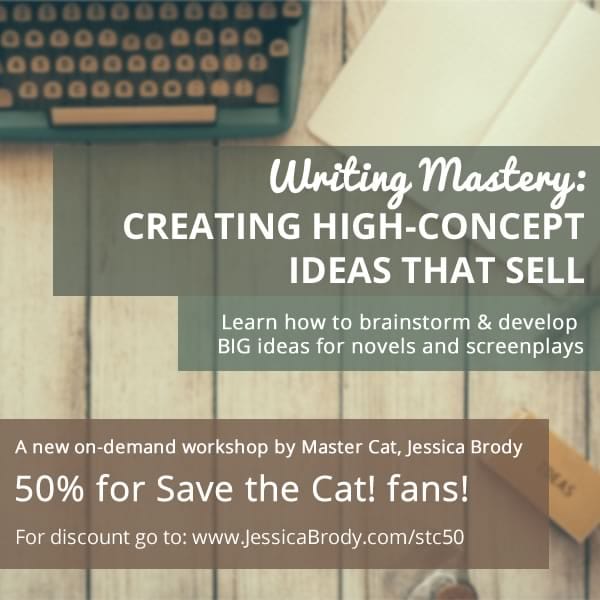 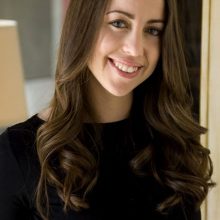