In a Northwesterly Direction: Ernest Lehman and the Sweet Smell of Success 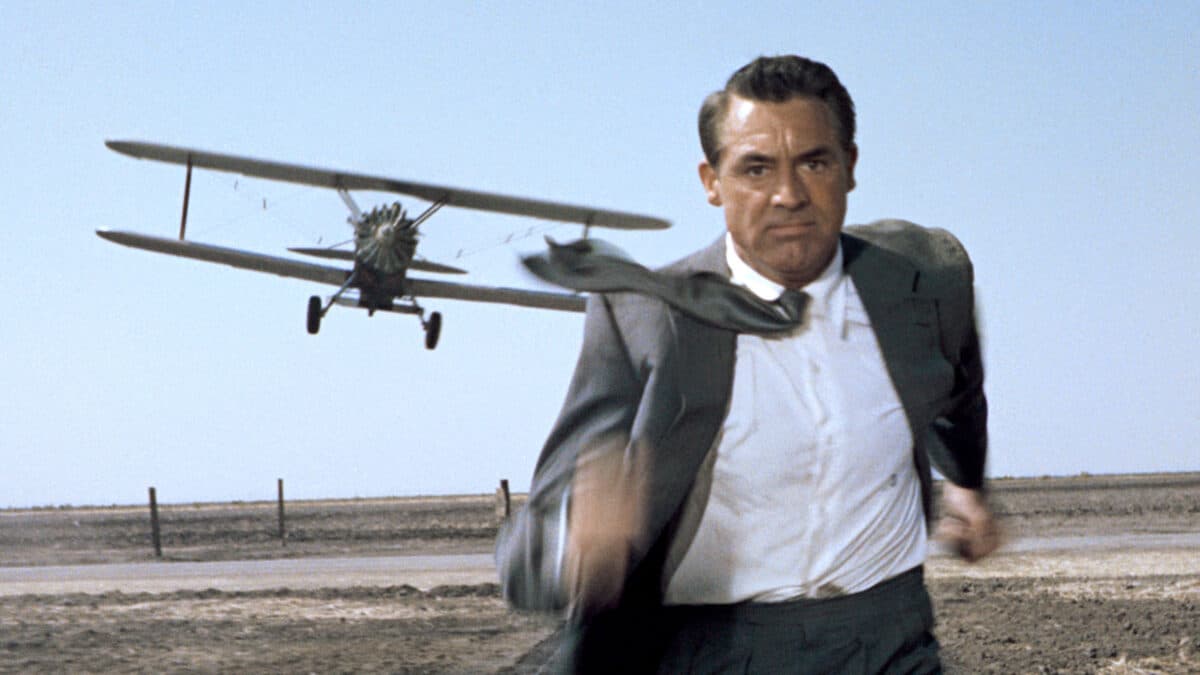 Jon Krampner’s most recent book is Ernest Lehman: The Sweet Smell of Success (2022), just published by the University Press of Kentucky. Moving seamlessly from post-production meetings to sound stages and onto the locations of Lehman’s greatest films, Krampner’s extensive biography brings to life the genius and singularity of the revered screenwriter’s personality and the contributions he made to the world of cinema. 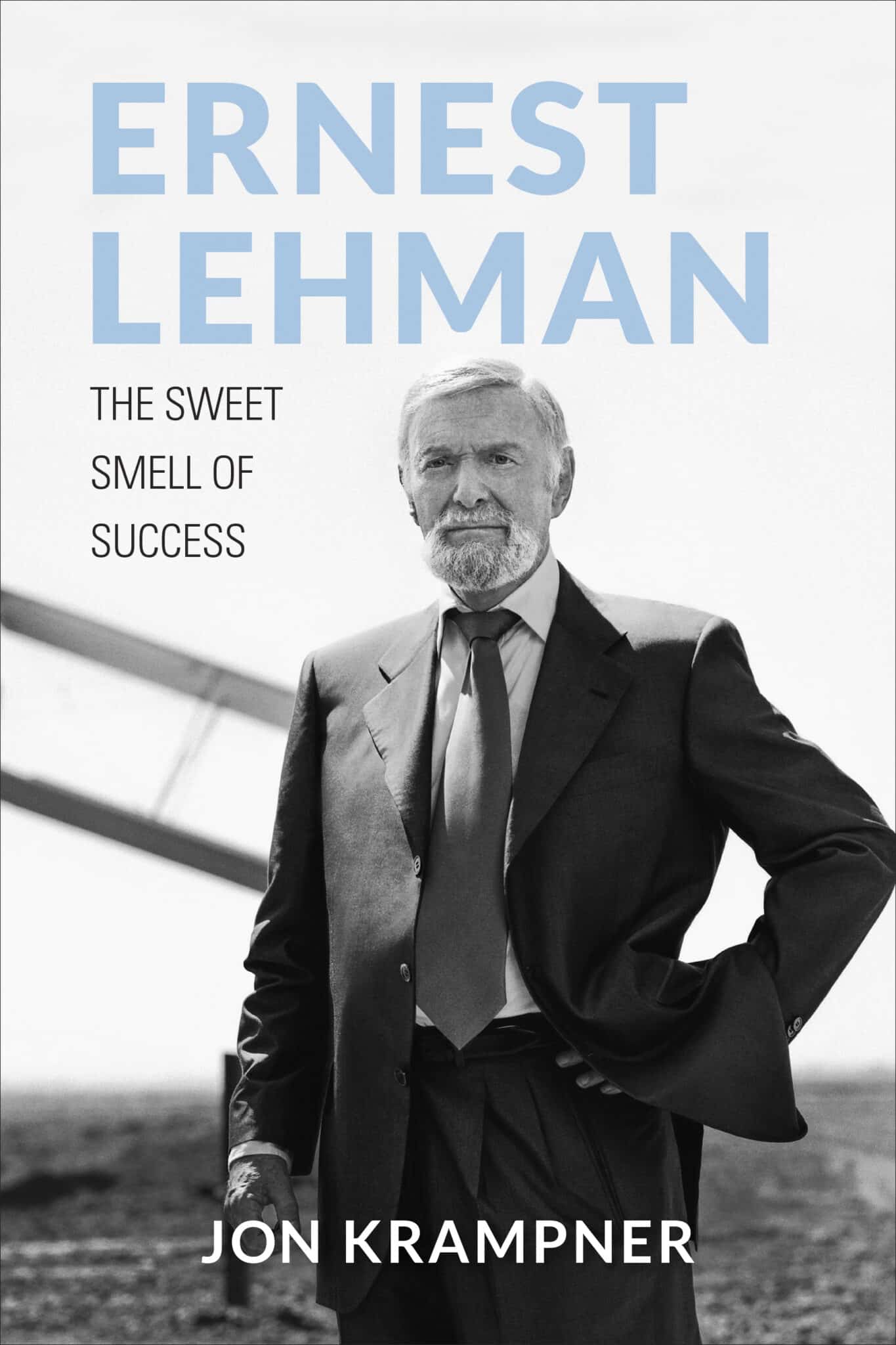 We are proud to present this excerpt from Ernest Lehman: The Sweet Smell of Success:

Lehman wrote North By Northwest by hand on legal pads. He’d then take what he had written, have it typed up by his secretary or an MGM pool typist, and revise it several times. He did five or six drafts, although it’s hard to say with precision, because he would revise individual drafts before going on to the next one. He worked both at his home office and in his MGM office afternoons, evenings and late at night.

“There were times when he was up at 4 in the morning—he was a night owl,” says Lehman’s friend, agent-turned-producer Larry Turman. Recalling Lehman’s press agent days in New York, he adds, “You’re hitting the spots the au courant people go to, at 11 at night or 1 in the morning. When I walked up to the MGM building, I always knew where his office was, because the blinds were drawn.”

By day or night, Lehman found the experience of working on his only original film excruciating. He tried to quit at least a dozen times, unknown to Hitchcock, who was off shooting Vertigo. “I was constantly painting myself into corners and not knowing how to get out of them,” he said. “I called my agent, Edd Henry of MCA, once a week to tell him “I wanna quit, don’t know what to write next, I can’t bear to go into that office.” He said, ‘You can’t quit. You just quit The Wreck of the Mary Deare. Just go over to MGM and do it!”

For Lehman, doing it always included extensive research. In October 1957, he went back East for two and a half weeks to research the film’s locales, visiting New York, Chicago, and Mount Rushmore. In New York, he went to the Plaza Hotel, in whose lobby the agents of sinister spy master Van Damm kidnap Roger O. Thornhill, mistaking him for the non-existent George Kaplan. In retrospect, Lehman acknowledged the scene as one of the film’s weakest points, with about half the audience not understanding how Thornhill gets fingered as Kaplan. The two bad guys have a bellboy page Kaplan while, at the same time, Thornhill calls the bellboy over to ask how he can send a telegram to his secretary. “To a distant observer, it looks like ‘I’m Kaplan, what do you want?’” Lehman said. He put the blame on Hitchcock. “With all due respect to Hitchcock, he undershot that moment. He didn’t shoot it properly at all, as far as I’m concerned.” But in the film, one bad guy says to the other “Kaplan!” a line not even in Lehman’s script. “I should have given one of those men a line of dialogue like ‘That must be Kaplan’,” Lehman said. So it was his fault as well.

On October 4, while Lehman was taking a guided tour of the United Nations, the Soviet Union launched Sputnik, the world’s first artificial satellite. It had an electrifying effect on the government of the United States, which now trailed its Cold War adversary in the space race. Lehman worked that anxiety into the script with this exchange between Roger O. Thornhill and US spy chief The Professor (Leo G. Carroll) about Eve Kendall (Eva Marie Saint):

THORNHILL (savagely): If you fellows can’t lick the Vandamms without asking girls like her to bed down with them and fly away with them and probably never come back alive, maybe you better start learning to lose a few cold wars!

Excerpt from Ernest Lehman: The Sweet Smell of Success (September, 2022). Reprinted with permission from the University Press of Kentucky (www.kentuckypress.com).

About Ernest Lehman
Ernest Lehman was the screenwriter of films such as Somebody Up There Likes Me, Sweet Smell of Success, North By Northwest, West Side Story, The Sound of Music, and Who’s Afraid of Virginia Woolf? In Ernest Lehman: The Sweet Smell of Success, written by Jon Krampner, the book lays bare the life of this lauded yet elusive character. One of the most successful writers in Hollywood, Ernest Lehman penned some of the most iconic and memorable scenes to ever grace the silver screen and helped define a generation of movie making. While his talent took center stage, the public knew little of Lehman himself, a native of Manhattan’s Upper West Side and the Five Towns of Long Island. His relentless perfectionism, hypochondria, and all-night writing sessions fueled by tequila and grilled cheese sandwiches were some of the quirks that made Lehman a legend in the Hollywood community. 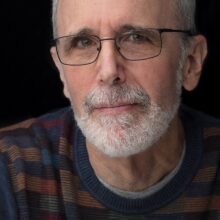 Jon Krampner is a journalist and author of biographies, popular history, and short stories.  Krampner's most recent book is Ernest Lehman: The Sweet Smell of Success (2022), published by the University Press of Kentucky. Moving seamlessly from post-production meetings to sound stages and onto the locations of Lehman’s greatest films, Krampner’s extensive biography brings to life the genius and singularity of the revered screenwriter’s personality and the contributions he made to the world of cinema. Jon Krampner is also the author of The Man in the Shadows: Fred Coe and the Golden Age of Television, Female Brando: The Legend of Kim Stanley, and Creamy and Crunchy: An Informal History of Peanut Butter, The All- American Food.  More at www.ernestlehmanbio.com.