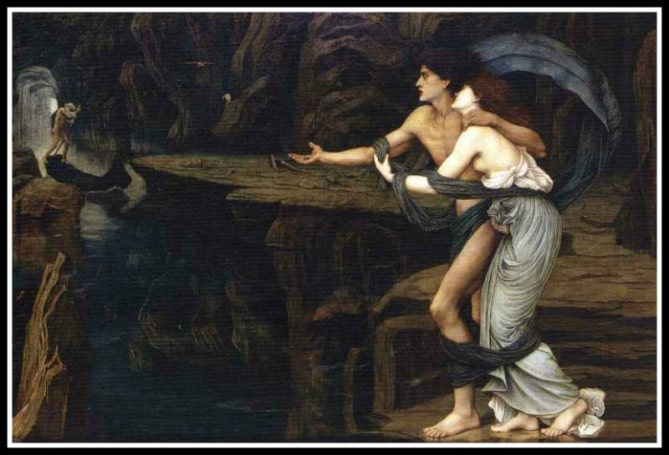 This post is the fifth of a 10-installment series, Save the Cat!® Goes Mythical, in which Master Cat! Salva Rubio, author of Save the Cat!® Goes to the Indies, shows the connection between Blake Snyder’s 10 Genres and some of the strongest storytelling examples ever: the Greek Myths.

Growing old, enduring teenage years, getting a divorce, finding yourself in a midlife crisis, suffering a death in the family… there is no one on earth who will not have to overcome such “rites of passage” that challenge us to accept the passing of time.

Stories have the power to heal, and the Rites of Passage genre exists to remind us that, usually, when one of the aforementioned life problems affects our lives, we tend to avoid the chance to confront them (wrong way of coping) and thus, overcome them (acceptance). Rather, we usually get stuck in trauma, sadness, or depression, until we are able to move on.

That is is precisely what happened to one of the most beloved Greek characters, a poet, singer, and harpist called Orpheus. Son of the king of Thracia or maybe (so they say) god Apollo himself, among Orpheus’s many talents was his ability to enchant anyone with his singing. However, he suffered a great disgrace when his beloved wife Eurydice, trying to fend off a satyr, fell on a nest of vipers and was unjustly killed.

Losing his dear wife is truly a life problem, but instead of seeking therapy, Orpheus decided to confront the rules of death itself (a wrong way of coping if there ever was one) by walking to the depths of hell to regain her. Using his music to enchant all of the guardians that he found on the way, he finally used his singing on the very King of the Underworld, Hades, who granted Eurydice new life, on one condition: that Orpheus walk out of the kingdom of the dead without ever looking back at her.

As you probably know, but here’s a spoiler alert anyway: just before Eurydice got out of the gate of hell, Orpheus couldn’t resist anymore and looked back at her, so she died again and he lost her forever. At least he finally could start his own acceptance process! Unluckily for him, he soon got killed by the Maenads. But as they say, that’s another tragedy.

In any case, our Rites of Passage genre certainly applied to the Ancient Greeks, as it does to us in the year 2020 as we face the primal woes of our daily lives.

Beat Sheet for "The Office" Episode You Haven't Seen