Save the Cat!® and the Upside Down of Stranger Things 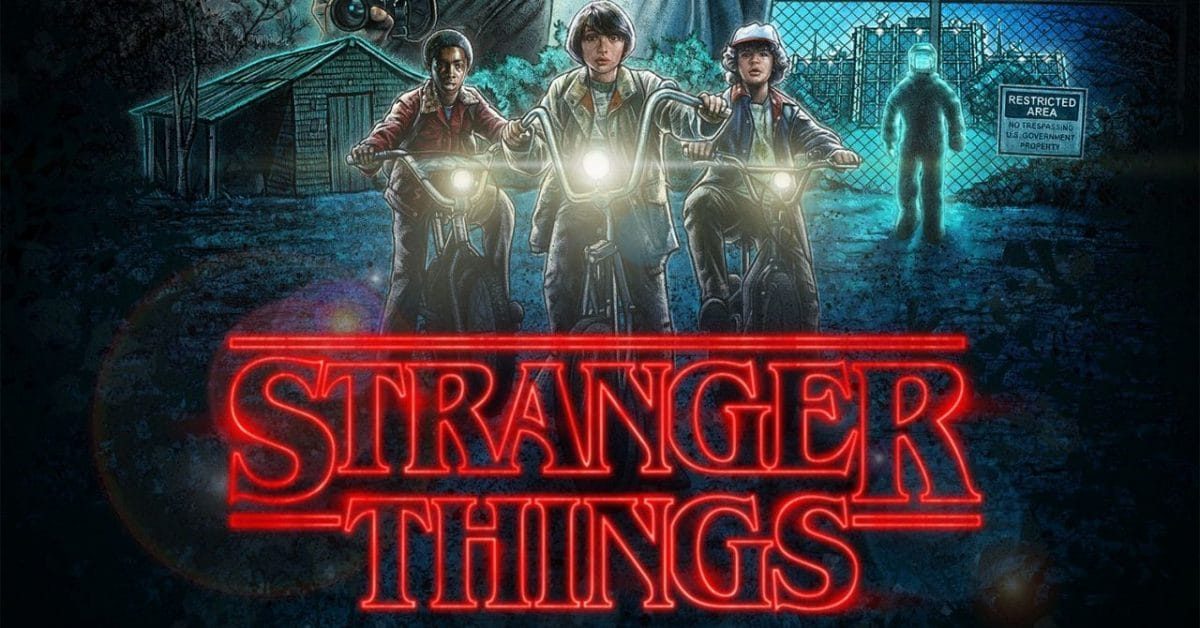 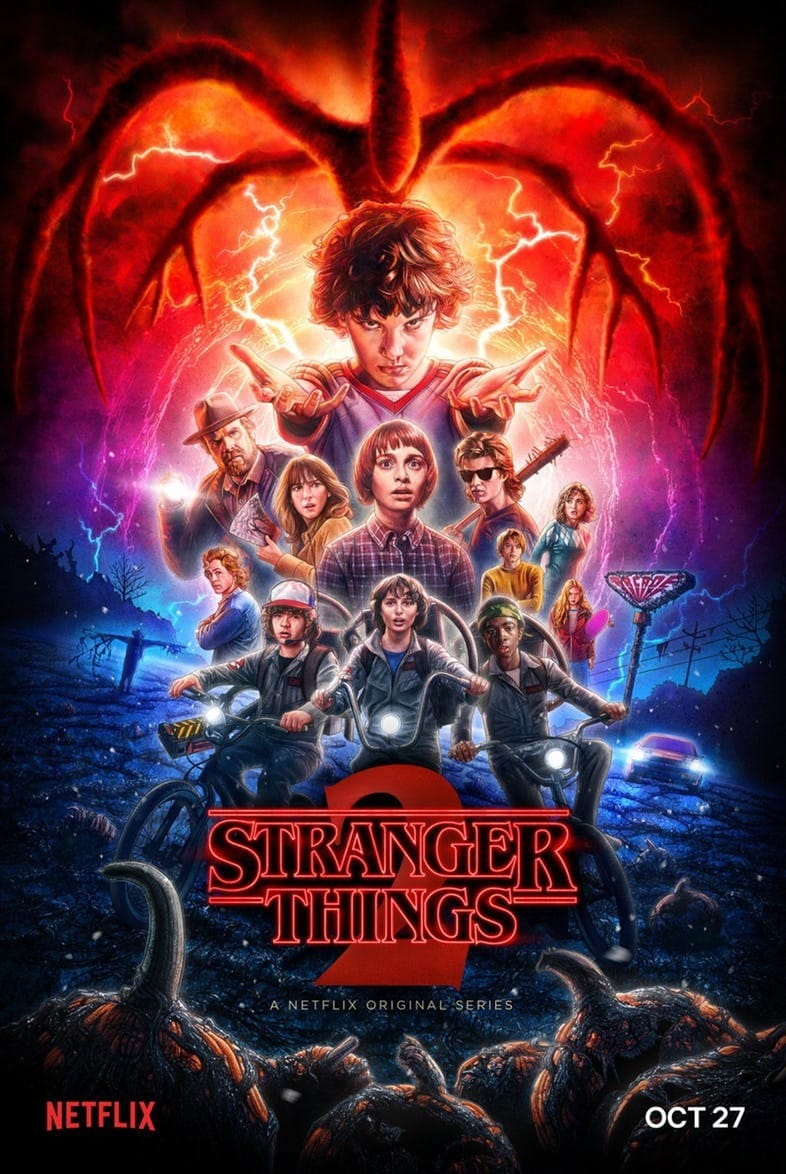 Created by: Matt and Ross Duffer

It’s no secret that the Netflix series Stranger Things is a hit. The Duffer Brothers have created a show that takes audiences back into the 80s, leading them on a nostalgic trip down memory lane. Yet along that road, the story takes a dark turn with the vanishing of Will Byers (Noah Schnapp), a Hawkins, Indiana middle school student. Were that the main focus of the story, it would not have garnered such a massive following. After all, stories of people who go missing are found on television and in film all the time. So what sets Stranger Things apart from other shows? To dig deeper into the reasons why, we must venture into the Upside Down and view the show through the lessons Blake taught.

First and foremost, the show exemplifies Blake’s central tenet of gaining audience sympathy for the main character, from which we get the idea of “saving the cat.” In the case of Stranger Things, the writers have created several central characters that are distinct and whom we care about. If they were in our town, we would want to be friends with them.

For example, there are Will’s friends, a trio composed of Mike, Lucas, and Dustin (Finn Wolfhard, Caleb McLaughlin, and Gaten Matarazzo). During an opening scene in which the kids play a game of Dungeons and Dragons, we are introduced to their personalities, their friendship, and their individual idiosyncrasies. They have fun together, and their interactions and back-and-forth banter reminds us of what it was like to be that age. They face bullying at school, yet stick together, a tightly-knit group that even has its own “rules” of friendship. From the outset, we instantly like them, and when Will goes missing, we want to see the four of them reunited, knowing that their party is incomplete without Will.

As other characters are introduced, we likewise gravitate toward them. Whether it is Mike’s sister Nancy (Natalia Dyer), the smart girl who yearns to be popular, or Will’s brother Jonathan (Charlie Heaton), who teaches Will to love classic bands like The Clash, the characters follow the philosophy of “saving the cat” and making their way into our hearts. When we first meet the mysterious girl known only as Eleven (Millie Bobby Brown), we feel for her as she wanders through the woods in a hospital gown, unable to speak more than a few words in English. Not only do we want to know her story, but we want her to escape whatever it is she is running from.

Of course, sympathetic characters alone do not make a script great. Those characters need to be embroiled in a powerful and gripping narrative, something Stranger Things does from the outset.

Blake wrote that stories need to be primal, that they need to speak to our most basic fears and desires. Stranger Things is able to connect with multiple demographics because it preys on a wide variety of fears. For a parent, a missing (and possibly deceased) child is one of the most terrifying things imaginable. To a teen (or anyone for that matter), a mysterious creature that lurks in the dark always haunts the far reaches of the mind. The logline on the show’s IMDB page sums it up perfectly: “When a young boy disappears, his mother, a police chief, and his friends must confront terrifying forces in order to get him back.” As the episodes progress, we learn a bit more about the creature, the Demogorgon, but rather than ease our fears, it amplifies them and makes them worse.

At first glance, the show falls into the Monster in the House genre. As a MITH, we have the monster (the Demogorgon), the house (Hawkins, IN), and the sin (experiments have been conducted on children, one of which leads to a discovery of the Upside Down and the release of a dangerous creature).

However, part of the success of the show is that it also contains multiple storylines, each with their own genre. There is the Buddy Love story between Eleven (El) and Mike, with Mike as the incomplete hero, El the counterpart, and the differences between them forming the complication. The story is also a Golden Fleece, with the road being the journey the team of friends take to find Will, their prize. For Will’s mom Joyce (Winona Ryder), it’s a Dude with a Problem story, as she is an innocent hero thrust into a sudden event with a life or death battle for her son. For Chief Hopper (David Harbour), it’s a Whydunit, where he is the detective trying to uncover the secret surrounding the disappearance of Will, ultimately taking a dark turn when he begins questioning those above him.

In the second season, some episodes also function as a subplot with their own genres. When El meets her “sister” Kali from the scientific lab, she is drawn into a Rite of Passage story of her own. Unsure of her place in the world, El faces a life problem and joins Kali, committing acts that lead her down the wrong way, until she finally finds acceptance with herself and her abilities.

Above all, Blake wrote that we must tell stories about transformation. Even though Stranger Things takes us on a supernatural journey to find Will Byers and uncover the mysteries surrounding the Demogorgon and El’s abilities, without transformation, the story is nothing more than a thrill ride. Luckily, character transformation is something the show’s creators do not neglect. Each of the characters undergoes some type of personal change, and each does so on an even deeper level during the second season.

Jim Hopper, once a surly and uncaring police chief, becomes a hero who gains our admiration and respect for the determination he demonstrates and his willingness to sacrifice himself. Nancy Wheeler, once seeking popularity at the expense of ignoring her best friend, eschews that same popularity at the end of the second season when she counsels a crying Dustin at the school ball, dancing with him for all to see. Even her ex-boyfriend, Steve Harrington (Joe Keery), becomes a different person by the end of the second season. At first a bully seeking to hurt others, Steve takes an active role in protecting Dustin, Lucas, and Mike, even mentoring Dustin in an older brother role.

Stranger Things stands out from the myriad of streaming and serialized television shows because of one basic fact: it relies on the principles of good storytelling. We’ve seen Monster in the House stories before, but Stranger Things gives us “the same thing, only different.” For this reason, there’s nothing strange about its success.