From Blake’s Blogs: The Shard of Glass 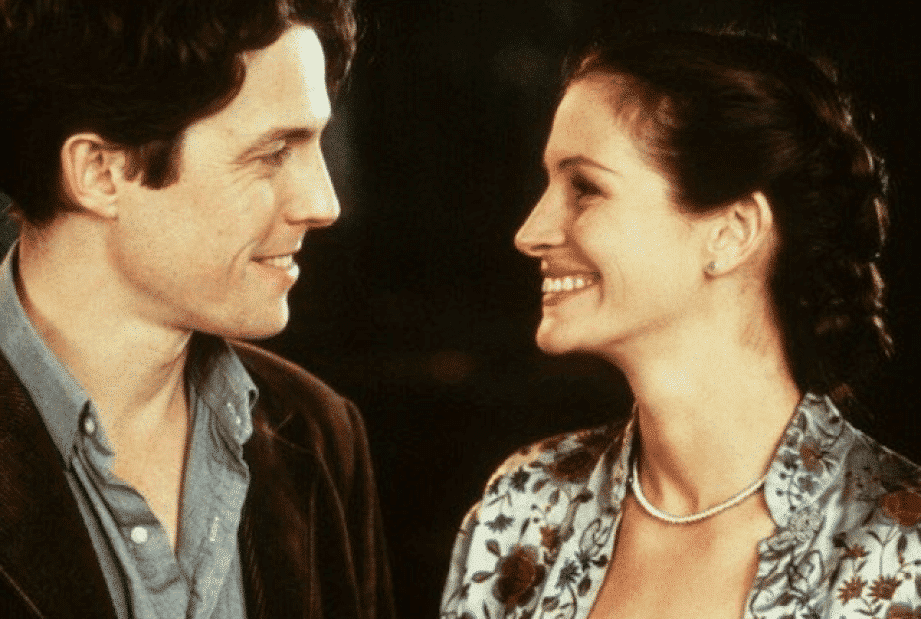 Who's the real snob in Notting Hill?

This blog was originally posted on June 22, 2009 and is included in Blake’s Blogs: More Information and Inspiration for Writers.

Lately, I have been talking a lot about the “death moment” of a script. In the script consultations I do, and in class talking with groups of writers, the “All Is Lost” moment on page 75 is becoming the most important part of the story.

I’m beginning to think it’s the key to cracking what your story is really about.

Since all stories are at their essence “The Caterpillar and the Butterfly,” the “death moment” is the cocoon stage for your hero, where the old way dies, lies in state for a time, then breaks him out into an amazing new way of being.

It’s painful, scary, and full of self-recrimination for a hero — and should be.

At the heart of that beat is the hero not only being worse off than when this movie started — and very often in jail, evicted, fired, abandoned, or left alone by the death of a mentor — but forced to face an ugly truth about himself that he’s been resisting.

Most stories involve a blind spot or flaw the hero is not aware of. And this is the part of his transformation that is so important; it forces him to look at that flaw, usually something so buried in him that it hasn’t been looked at for a long time.

That’s the “shard of glass,” that sharp-edged incident, bad behavior, tough truth, or wrong done and absorbed that the hero swallowed a long time ago. Skin has grown up around its hard corners, but it’s in there — deep — and it must be pulled out and looked at and dealt with if the hero can get to that vital butterfly stage.

In Alien, the “shard of glass” for Sigourney Weaver is the horrible truth that the company she believed in considers her and the crew of Nostromo expendable — and why they were sent on their suicide mission. In Ordinary People, it’s when Tim Hutton rushes to his therapist to confess he’s stronger than his Golden Boy brother; that’s why he survived and his brother did not. In Notting Hill, the “shard of glass” for Hugh Grant is that it’s not Julie Roberts, movie star, who’s the snob, he is. And he is what has been stopping them from being together.

And it’s only by having this shard pulled out of us, and examined, that we can move on to the next stage: the part where we become something glorious.

What’s the “shard of glass” for your hero? What old idea must be looked at and discarded? What blind spot must your hero be forced to examine to become the fully formed being he needs to become?

If you can find that shard, you can tell a more powerful story. Whether it’s comedy or drama, finding that piece will make all the difference! It’s not only the “cry moment” of every movie — but the truth we all get to learn from, thanks to the greatest event your hero ever experienced.