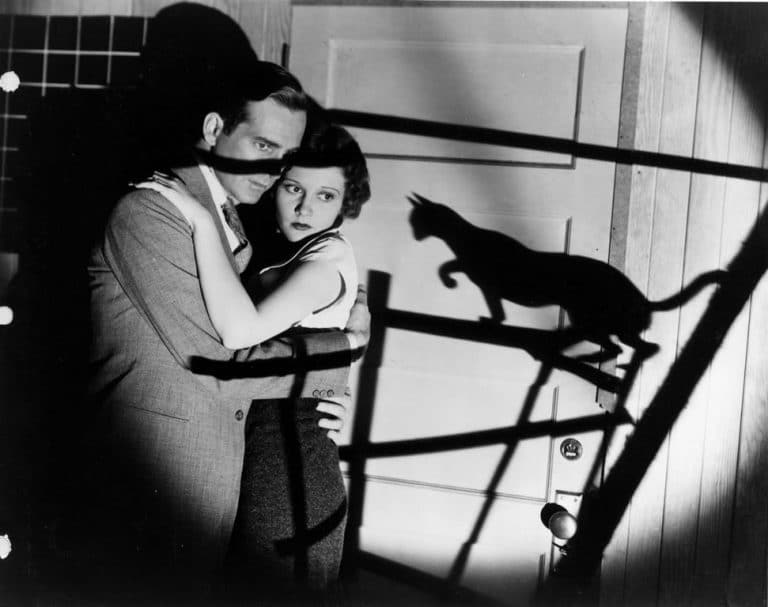 With October and Halloween around the corner—along with some new MITH beat sheets coming your way soon—here’s a post from Blake Snyder, first published in 2013.

In the mood for horror, but can’t nail the story? Here are 10 exercises to unleash your inner Stephen King:

1. Trapped — In so many horror movies, the concept of being imprisoned in an enclosed space with a monster is the movie. We see this in The Abyss, Alien, and Saw. What new place or situation can you put characters in which they are trapped? This is essentially taking one of the three building blocks of the Monster in the House movie and challenging yourself to come up with a new “house” for the heroes to be stuck in. Where have we not seen a MITH movie set yet?

Example: A movie called “Area 51”: “Teens break into an abandoned government facility and discover it is haunted by the ghosts of aliens experimented on in the ‘70s who now seek revenge against all mankind.”

ACTION STEP: Make a list of new “houses” to set a MITH.

2. Cursed — Another common starting point for horror movies is to concentrate on the curse aspect of the Set-up, the classic example being all those Mummy movies where the explorers violate the warning label on the sarcophagus. This is essentially looking at another basic point of the MITH and saying: What new “sin” can I come up with to create a better movie idea?

Example: In my movie Granny, the sin is any teenager who violates the rules of etiquette in the book Granny carries with her. Their “sin” is not knowing good manners. What other sins can we use as starting points: the seven deadly ones? What are we most guilty about today?

ACTION STEP: Make a list of new “sins” to incite a MITH.

3. Godzilla Lives! — In the ‘50s, we created a whole slew of monsters from the A-Bomb and its testing. What new way to create a monster from our guilt today makes for an exercise dealing with the third aspect of a good MITH: the monster! What new monsters can be created?

Example: (maybe we can go “low tech” here) A zoo where experimentation is taking place might lead to a bunch of new killer zebras, penguins, or bears? Maybe it’s a run-down kennel or puppy mill, but this time, focus on the monster, not the how or the where.

ACTION STEP: Make a list of new “monsters” to begin a MITH movie.

4. Torn from today’s headlines! — Many of the best movie ideas come from incidents right out of the newspaper that are fictionalized in films. This can be part of the creation of good horror films, too. Can we not, for instance, set a horror movie in the middle of the war in Iraq? What about using stories about the Space Shuttle, a hurricane in the Deep South, a new advance in medicine, or a discovery of a new astronomical breakthrough as the basis of a new scary movie? Why not indeed!

ACTION STEP: Start a clip file for horror. Print out from newspapers one story a week that can be the basis of a new horror movie and pitch it to friends.

5. Inversion — For every horror film there is a comedy version, e.g., Scary Movie. But what if we start with a comedy and make it scary?

ACTION STEP: Take Leonard Maltin’s Movie Guide, find the comedy section, and turn those films into scary movies. Can Wedding Crashers be made into a horror film? How about “Wedding Crasher Zombies” who eat the brains of wedding guests at events they were not invited to? How about 40-Year-Old Virgin? Why not “400-Year-Old Virgin Who Wants My Girlfriend”?

6. The New Coke! — This is a great exercise for any screenwriter and any creative thinker in today’s world of branding and marketing. Find a movie type (i.e., vampire films) and figure out a way to do “The New One.” For this exercise it is best to find types of movies that are so old, so hackneyed, so “out” that we consider them dead, dead, dead. And actually vampire movies are a perfect example.

Haven’t we seen every kind ever over the years? Well, where is the Sean of the Dead version? Ah-ha! Just saying that tells us there’s life in Dracula yet!

ACTION STEP: Make a list of every bad monster film ever — especially those that you think will NEVER be revived. Second, think of yourself as a branding expert. You’ve been called in to invigorate a product. How can you re-package it, revive it, find a twist that will bring the franchise back from the dead? What about The Mummy, Wolfman, Dracula, Creature from the Black Lagoon?

7. Zapped! — A lot of horror movies involve transformation, e.g., The Fly. In essence, the man becomes the monster and is trapped in his own “house” due to the sin of trying to be God. Messing with the laws of nature is the common sin in these MITH movies, and the result is always baaaaaaaaaad!

So let’s ask ourselves, what new way can an experimenting scientist transform himself into a monster? What other ways of dabbling with the dark side are there to summon up a transmutation that with one fell zap! can make a man into a monster?

ACTION STEP: Make a list of “messing with nature” experiments and the resulting “thing” that comes from that, then create a sinful way for the scientists to regret their “lab rat.”

8. Sex and the Single Monster — Many times the heroine of a movie falls for a monster, e.g., King Kong. Even Dracula has this difficulty; it’s so hard to meet girls who only work at night! But if romance can be the basis of a good rom-com, why not a horror film?

Well, who is that girl or guy who can fall for “a monster”? Why not start with the “normal” one who is the hero of our movie and pair them off with their thematic opposite.

ACTION STEP: Make a list of romantic leads, you can even borrow from classic love story movies, and pair them with a new “monster.” Who is it? And how do they transform?

9. Geographic, my dear Monster — Places. That’s what this exercise is about. What is it about the desert, the icy Antarctic, or the jungle, besides isolation, that makes for such wonderful horror films. Well, where’s yours set?

ACTION STEP: Look at a map and find a place in the world to set a horror flick. How is a movie set in NYC different from one set in Mexico City or the suburbs of LA? How can you create a monster and a problem that is indigenous to the place, maybe tie it in to the ancient legends of that area. Isn’t a Navajo legend perfect for the Arizona setting? You can also think geographic “fish out of water” and bring the Navajo curse to the city with an exhibit at an urban museum. But start with place. What is it about the locale that is scary?

10. Social Commentary — Finally, what better way to come up with a movie for a genre that is decidedly underrated than to lace your idea with deeper inner meaning or statement? Beneath the surface of many great horror films is decided social commentary, e.g., Invasion of the Body Snatchers as a metaphor for the Red Scare in the ‘50s or the John Carpenter movie, They Live, a tract on the Reagan ‘80s and the rise of the “Yuppie.”

What do you want to get off your chest about the state of the world? Find a way to speak to the public at large by expressing yourself in the blood ‘n guts mayhem of a good B movie.

ACTION STEP: Make a list of social, political, or theological points of view you wish to discuss. Now embody differing sides of the argument with characters who represent that point of view. Let’s see how creatively you can get on your soapbox to send a message without calling Western Union!

Check out our Monster in the House beat sheets!

Tags #Blake Snyder #horror films #Monster in the House films #Save the Cat genre #Save the Cat!
Beat Sheets, Monster In The House