THE STORY OF MIGHTY OAK – Every Movie Happens for a Reason 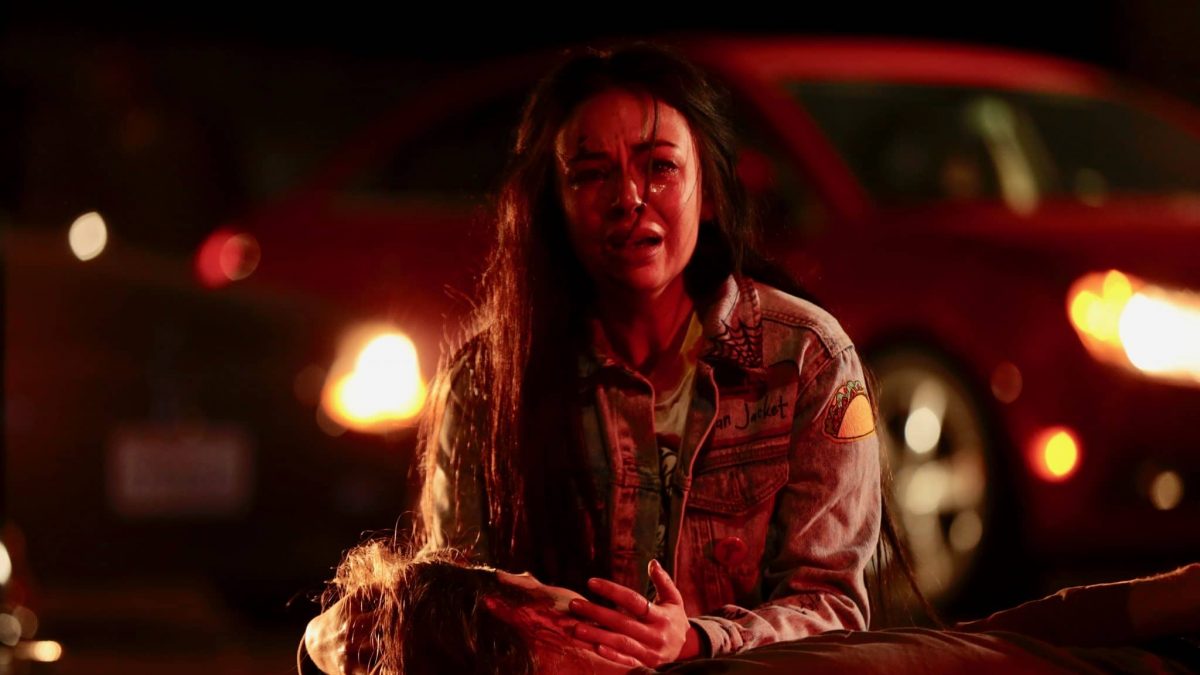 For most of my writing career, I’ve been relegated to writing comedies, like Four Christmases or The Hangover. Okay, I didn’t write The Hangover, but you get my point.

But in 2013, I was diagnosed with a massive brain tumor. Although I battled through it and continued to write, no one was buying my “awesome brain tumor jokes.”

By the end of 2016, I was technically alive, but my writing career was on life support. Okay—maybe dead.

Then, out of nowhere I was hired to write a film about reincarnation. Although it has plenty of comedic moments, this was a drama—not a comedy. The story was based on a series of songs written by a young guitar prodigy named Tommy Ragen (Broadway musical: School of Rock).

After taking this job, my life would change forever.

On June 15th, 2018, right here on savethecat.com, I wrote a blog post about the film I was writing entitled “Chasing,” now titled Mighty Oak.

This is what I said then:

“As of this moment, we are still casting for the female lead. Normally, I would be worried about finding the right actress in time,  but in this instance, I just know there’s an actress out there who will have a synchronistic connection to the material and feel compelled to be a part of “Chasing.”

Shortly after that post, Janel Parrish (Pretty Little Liars, To All the Boys I’ve Loved Before films) came on board as our lead actress and an executive producer. I was told that when she received the script, she had just been through a horrific tragedy that eerily mirrored events depicted in the story.

I won’t speak for Janel, but I can tell you that she is an amazing human being, her commitment to the project is phenomenal, and she brings the role of Gina Jackson to life with inspired perfection.

And it wasn’t just Janel, every person that joined the cast was connected in some way. Our director, Sean McNamara (Raise Your Voice, Soul Surfer), was a former rock guitarist and musician himself and had played in some of the very same venues featured in the script.

In the film, a young rock star’s life is cut short after a tragic accident. The role demanded an actor who could sing with authenticity, charisma, and a sense of legacy. We knew it was going to be challenging to find such an actor. But when Levi Dylan (son of Jakob Dylan and grandson of the legendary Bob Dylan) insisted on playing the role, we knew this film was destined to be something special. Although initially reluctant to play a rock star, Levi was inspired by Tommy’s music and the film’s message. Shooting began on location in Ocean Beach, California in 2019.

Over the summer as editing began, we got more great news: Julia Michaels, the incomparable music supervisor of A Star Is Born and the Pitch Perfect films listened to Tommy’s songs, watched a rough cut, and was immediately inspired to jump on board. She knew she had to be a part of this, and wanted to ensure that the film’s soundtrack was epic.

At the exact same time, Coldplay’s Chris Martin was writing a rock ballad with his 12-year-old son, Moses. That song became the Coldplay hit entitled “Orphans.” It blended perfectly with Tommy Ragen’s original music. After seeing the film, Coldplay gladly approved Mighty Oak to be the first film to use this song.

As I write this today, I am being told that several major distributors are circling Mighty Oak, the latest cut of the film is testing through the roof, and the bulk of the audience is left in tears (the good kind) after they watch it.

Recently, the producers were kind enough to share the final cut of Mighty Oak with me and my family. I’ve never seen my teenage daughters or their friends shed tears like that. It was a crazy experience. As a comedy writer, I’m used to creating laughs, not tears. But like I said, this is a film about reincarnation.

I know that typically distributors only look at “the numbers” and the “All-Important Algorithm.” With Janel’s co-starring roles in the massively successful To All the Boys I’ve Loved Before films, I’m sure our film will compete by that metric. That said, I hope they look deeper.

As of this moment, the producers of Mighty Oak haven’t signed with a distributor. Normally, I would be worried about finding the right distributor, but in this instance I just know that the right company will have a synchronistic connection to the film and feel compelled to get it out to the biggest audience possible.

Mighty Oak is about a band manager, Gina Jackson (Parrish), who struggles with losing her lead singer/brother (Dylan) in a fatal car accident on the way to a gig. A decade later, Gina meets a 10-year-old music prodigy named Oak, who seems to possess the same qualities as her brother.

Save the Cat! Sponsors the Writers Guild Awards