How Save the Cat! Saved a Web Series 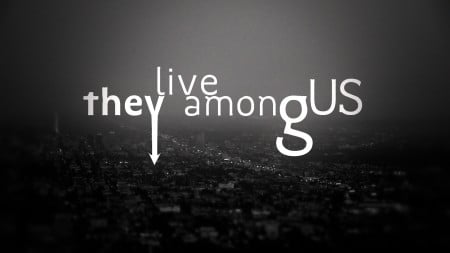 Master Cat! Anne Lower is in post-production on Episode 3 of her new Web series, They Live Among Us. Links to the first two episodes are below. Anne’s too modest to note that these have already led to a bunch of meetings and some stirrings in high places. She informs us today about how the beats figure within each episode — and how the episodes are themselves beats in the serial.

I met Blake when I attended his second-ever Beat Sheet Workshop. A friend had recommended I read Save the Cat!® and I did. Little did I know how much my life would subsequently change.

I devoured each and every word; the usage of the Beat Sheet was an epiphany. Like many other writers, I felt that my work would only be authentic if I created it organically – the result was always either an incomprehensible story all over the place, or crash and burn at midpoint.

I went to the website and discovered the newly launched workshops, booked a ticket to Los Angeles, and off I went.

In one weekend, I took a concept, created a logline, pounded out 15 beats, discovered my Dark Night of the Script, rallied once more into the breach, pounded out 40 beats and pitched my project in front of 10 other filmmakers. Yes, in the old days, we did both workshops, the Beats and what is now the Master Class – in one weekend.

I returned home and wrote my script… only to see the same story line be pitched to Paramount with Anna Farris attached. Off again to another story.

One of the stories that I had pitched was a cheeky satire called Let’s Do Lunch. It was a horror tale about a young screenwriter from the Midwest who arrives in Hollywood, only to discover that the town – and the industry – was being run by flesh-eating cannibals, who dined on extras. I had a great deal of fun with it; however, everyone felt that tales about Tinseltown just didn’t sell. I worked it anyway, and then, turned my attention elsewhere and let it languish in a drawer.

Flash forward to winter of 2008. I had moved to Los Angeles, to follow the dream of writing and making movies. I had been working a corporate job, but found the constant travel to be exhaustive – not to mention an obstacle to producing pages. I called Blake and chatted him up… and to my delight, Blake, BJ, Rich, and Jose invited me into the fold.

I spent the next year in workshops, working with Blake, learning, absorbing and writing, writing, rewriting, rewriting. Wash, rinse, repeat. Then came that terrible day in August, the one that I will never forget, the day that my phone rang. It was BJ, calling from the Emergency Room at Cedars Sinai Hospital. Blake was gone.

Flash forward to late summer of 2011. I had wrapped a production and found myself needing a new project. I like to be busy; creative people and too much time on their hands can be a deadly combination. I pulled out my pitch sheet and took a look at what I treatments I had ready to go to board:

Nigerian Scam – (feature) A brash, self-assured game developer finds herself in a race against time when the Nigerian scammers that she baited on the Internet kidnap her fiancée – and give her 24 hours to find him before they skin him alive.

Debutantes – (feature) An outsider finds herself thrust to the top of her high school food chain after she is sponsored for her social debut, only to discover that conformity sucks. In the vein of Easy A.

The previous two years had been spent on three projects – one high-concept comedy on infertility, one high-concept creature feature, and rewriting a Golden Fleece tale that Blake had fallen in love with. The latter was being shopped around and would get a lot of interest and momentum, only to see the project stall and go back to zero again and again. The former two simply weren’t me. They weren’t my heart, my soul, my voice.

Frustrated, I drummed my fingers on my desk and glanced around. My email was open, and displayed an inquiry from an animation company, asking about one of my short scripts, if it might make an interesting animated bit. On my left, was my volume of Complete Works of William Shakespeare. Nearby, a pile of old scripts. Let’s Do Lunch was perched on top. I drummed and thought some more… and then the three worlds – short script, Shakespeare, and LDL collided and They Live Among Us was born.

I knew immediately that what I had was not a feature, nor a short, but a serial drama with complex characters and multiple storylines that occur simultaneously, woven around a central story and protagonist. I wanted to see it to fruition, and I knew that I could make this happen if I created it for the internet.

I had never written for television, and especially not in the short form, and so, it was to Save the Cat! and Save the Cat! Strikes Back that I turned. Within two days, episodes one through three were out and ready for rewrites.

What I’ve discovered is that the short form contains all of the beats… and also provides a singular or multiple beats for subsequent episodes.

Let’s take a look at Episode One – “Pull My Strings.”

Opening Image: The dystopia of Los Angeles – a couple argues in front of their apartment.

Theme Stated: In the Paradise Bar, FATHER BUER counsels his friend – and fallen angel – CAIM, that “All of us are God’s creatures. All of us. Even you.”

Set-Up: At the central watering hole, the Paradise, supernatural beings – fallen angels and spirits – struggle to exist amidst the masses of humanity in the City of Angels.

Catalyst: CRAIG, a down and out lost soul, is approached by LILLITH, an all-American beauty from the Midwest.

Debate: This is a two-layered debate. One debate is within the characters of Lillith and Craig – will she reject him or not? The second is a literal debate between Caim and Father Buer – their eternal conversation, of which we have just heard a small part of (remember, each episode will act as beats for subsequent episodes!).

Break into Two: Again, a double bump. Craig invites Lillith to sit with him; Caim and Father Buer part on the street. Caim begins his journey home…

Fun and Games: Lillith is genuinely interested in Craig. She is shy, sweet… and strangely troubled. Finally, Craig asks her to leave with him. She agrees.

Midpoint: On a rooftop overlooking the skyline, Craig kisses Lillith.

Bad Guys Close In: The kiss turns passionate. Craig lowers Lillith to the ground… and she flips him over, sitting astride him.

All Is Lost: Finally, we learn Lillith’s dark secret. She is a succubus; she drains the life force from Craig in an orgasmic frenzy…

Dark Night of the Soul: Lillith opens her eyes to discover Craig, dead, beneath her. “Oh no,” she cries. “Not again.”

Finale: Heartbroken and alone, Lillith flees into the night.

When you consider the series as a whole, “Pull My Strings” is also Opening Image, Theme Stated, and Set-Up for Episode Two: “Fall from Grace,” which begins to unveil the heart and soul of They Live Among Us – the gothic romance of the star-crossed lovers Serafina and Caim… which leads into Episode Three, “Let’s Do Lunch,” introducing the central antagonist and so on, and so on… through two years of episodes, followed by the feature :).

Another consideration is that of character. In serials, I have discovered that the beat sheet can be applied to the journey of characters. Each will have their own Catalyst, Debate, Fun and Games, Dark Night of the Soul, and the rest of these watershed moments of structure.

So, come on outside and let’s play! Bring your buckets and your spades. We’ll build a sand castle together, you and I… and Blake. The beats really do go on.

Interested? Watch They Live Among Us on YouTube and Vimeo! And read my interview on TLAU at Curve Wire.

“Save the Actor!” … Who Thinks He’s a Writer

How Blake Snyder Helped Me Cause Bearmageddon