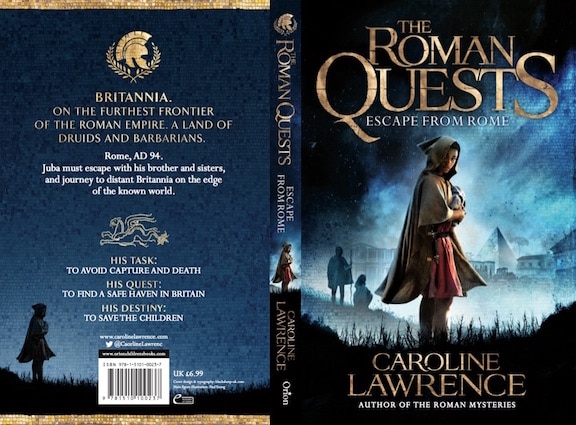 Great news from Save the Cat! Friend Caroline Lawrence, whose The Roman Mysteries have sold over one million copies: the first in a brand new historical adventure series, The Roman Quests, set in Roman Britain during the reign of the evil Emperor Domitian.

The year is AD 94. When the evil Emperor Domitian sends soldiers to seize his family’s home in the middle of the night, Juba must escape with his brother and sisters, and journey to distant Britannia on the edge of the known world. His task: To avoid capture and death. His quest: To find a safe haven in Britain. His destiny: To save the children.

Published by Orion Children’s Books and entitled Escape from Rome, the book debuts in the UK on May 5. Congrats, Caroline! Here’s to further success! (And thanks again for writing one of our all-time favorite beat sheets for Silver Linings Playbook.)