Can Your Antagonist Switch Sides? 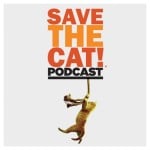 Can an antagonist change his or her mind and side with your protagonist? Why might this occur — and how do you make it work?