Discovering Your Theme Through Genre – Part 2 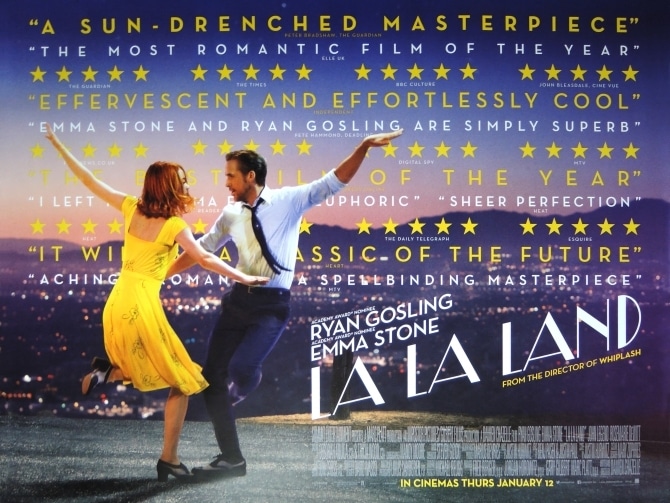 Last week, we looked at how we can discover the theme of our story through five of the 10 Story Genres and their components. This week, we’ll examine the other five.

Buddy Love (BL)
BL stories run the gamut from the subcategories of Pet Love to Professional Love or Rom-com Love. No matter the type, they all have three crucial elements: an incomplete hero, a counterpart, and a complication. Naturally, the hero will discover completeness through the counterpart, who is often an opposite reflection of himself or herself. However, something gets in the way of this relationship, and it is by overcoming this complication that the hero embraces the theme and changes.

Take, for example, the Forbidden Love classic Beauty and the Beast. Both the Beast and Belle are incomplete, with Belle desiring a life bigger than the world she knows, and the Beast desiring to rediscover what it means to be human once again. The two begin to change when they stop focusing on what is on the outside and rather see the other’s inner beauty. By recognizing the Beast as a person and not an animal, Belle does find more to life than what was in her provincial town. The Beast begins to transform internally as well, which was necessary to achieve his external transformation.

2016’s La La Land, an Epic Love story, follows Mia and Sebastian’s relationship as each seeks to follow their dreams in “another day of sun.” Ultimately, each needs to realize the maxim from the song “Someone in the Crowd,” that to find success – be it small or large – you only need one person to believe in you. However, this is the pair’s complication; striving for success gets in the way of their relationship. Sebastian takes on a job he doesn’t care for, but it is to help Mia achieve her dream. During Mia’s Dark Night of the Soul, Sebastian shows that he is the one “in the crowd” of life who believes in her, and she gains the confidence to follow her dream. In the end, she, too, was the one “in the crowd” for Sebastian, prompting him to embrace his dream and overcome the obstacles of the complication.

Whydunit (WD)
Blake pointed out that in the WD genre, it is often the audience who changes as a result of the theme. When we follow our detective to discover a secret that results in a dark turn, we cannot help but be changed by their discovery.

Captain America: The Winter Soldier might appear to be a Superhero movie on the surface, but it’s actually a Political Whydunit in disguise, a story reminiscent of the political thrillers of the 70s. Steve Rogers is the detective, ultimately trying to discover the secret of why S.H.I.E.L.D. is building helicarriers to spy on ordinary citizens. His investigation leads him to the frightening truth that the evil organization HYDRA has infiltrated S.H.I.E.L.D. with plans to target and murder a huge portion of the population that poses a threat. Cap must make a dark turn and go against the government entity he has sworn to serve, learning that it’s not easy to know whom to trust. As he says at the start of the story, “You can’t run from everything,” and his dark turn forces him to take a stand despite the consequences.

Even animated family films can serve as Whydunits. Although Disney’s Zootopia has elements of a Buddy Love, it is easily defined as a Cop Whydunit. Judy Hopps is the detective trying to discover why former predatory animals have reverted to their feral state; someone is behind this, and she must uncover the secret. To do so, however, she must team up with Nick Wilde, a con artist fox. Judy prefers to trust the law and those in the Zootopia Police Department rather than her criminal partner, but when the plot thickens, she must take a dark turn and trust Nick rather than her police cohorts. In doing so, she must confront her own demons of her personal prejudice and discrimination that begin to manifest in the “perfect” populace of Zootopia. Whereas she had once believed there was no conflict among species in Zootopia, she now must realize there are still some deep-seated issues that she herself must sort out. Only by doing so can she solve the mystery.

Fool Triumphant (FT)
An FT story follows a fool who is the opposite of an establishment and undergoes a transmutation. In doing so, the characters in the story learn the theme.

A classic holiday example is the Will Ferrell film Elf. Buddy the elf is the obvious fool in this Fool Out of Water story, and the establishment is the society he enters: New York City during the holidays. He comes from a land of cheer and Christmas spirit, only to discover the opposite when he meets his birth father, a bottom-line driven publisher of children’s books. Whereas Buddy himself is the definition of childlike joy and happiness, his father is searching for those feelings in the wrong places. When his father finally embraces Buddy for who he is and what he stands for, transmutation occurs. Buddy becomes a bit less naïve, and his father learns what matters in life.

The 2003 film Radio is a good example of a Society Fool who affects and changes others. When a coach meets a mentally-challenged man, he gives him the nickname Radio and allows him to help with the football team. Although Radio is the fool, and the town is the establishment, his presence begins to bring about change during football season. Team members who were antagonistic toward him beforehand begin to see his worth, and they, too, start to transform. His transmutation into Radio causes others to value what is most important.

Institutionalized (I)
I stories follow groups, and the institution is often seen through the eyes of one main character. The three main components of this genre are the group, a choice, and a sacrifice. Through the sacrifice piece of the story, the hero must ultimately do one of three things: join the group, “burn it down” and destroy it, or commit “suicide” by destroying himself. Of course, the hero makes the choice and sacrifice through the discovery of the theme.

In 2000’s Meet the Parents, Ben Stiller and Robert De Niro clash in this Family Institution story. Stiller’s character, Greg Focker, meets his girlfriend’s parents before proposing, and he gets his first taste of what joining this group will be like when they marry. As he struggles to fit in with the family, ultimately bungling everything, he must make his choice of whether or not to belong. His sacrifice comes when he decides to stand up for himself, realizing his worth, and in effect “burns down” the family institution. In doing so, he has shown his change as a result of embracing the theme, and in turn affects the family institution as a whole.

Dead Poets Society is famous for being a Mentor Institution, with Robin Williams’s John Keating going against the educational institution. “Carpe diem! Seize the day!” he proclaims, a motto in complete opposition to the stuffy school setting of rote learning, note-taking, and memorization. His influence causes others to make choices of what they will do with their lives and their learning, and in the end, it leads to some disastrous consequences as one student takes his own life. When Keating is ejected from the campus, it is clear that his sacrifice has made a difference. As the students all stand on their desks, stating, “O captain, my captain!” it is evident that, while Keating is sacrificing himself by leaving, his influence will go on; he has enabled a choice in the students, one that symbolically “burns down” the school.

Superhero (SH)
Films in the SH genre might appear to be simply good guy versus bad guy, but they hold so much more. Whether they fall into the subcategory of Real Life Superhero, People’s Superhero, or Comic Book Superhero, they all involve three things: a special power, a nemesis, and a curse.

In Sam Raimi’s Comic Book Superhero movie Spider-Man 2, Peter Parker’s abilities cause him to come into conflict with his nemesis, Otto Octavius. However, Peter’s ultimate problems stem from his curse: that he has these powers, and he was told by his Uncle Ben that “with great power comes great responsibility.” The theme of the film deals with the concept of promises, and the turmoil Peter faces due to this responsibility causes him to go back on his promise to Uncle Ben. Ultimately, however, he must embrace his curse – no matter the cost – and realize that his word and promises must stand for something, even if they mean less happiness for him.

Schindler’s List follows a Real Life Superhero in Oskar Schindler, whose special power involved his ability to use his wealth and unique political position with the Nazis to save Jews by allowing them to work in his factory. In this sense, the Nazis are his nemesis, and it is also his curse; he struggles with doing what is right while trying to maintain loyalty to the party. In the end, his curse ends up being his salvation, as the Jews support him as he flees the Allies’ arrival. He demonstrates that he has learned the theme as he shows remorse for how many more lives he could have saved, had he sacrificed even more.

The theme in a story never needs to feel forced or fake; if it is, the audience will know it. By carefully constructing your story in your chosen genre, paying special attention to how the core components interact and impact the hero, your narrative can provide a powerful punch of a meaningful message – one that will stick with the audience long after the credits roll.